Your 5 year old failed a standardized test. Therefore, he is stupid, insane, and doomed to a life of failure. 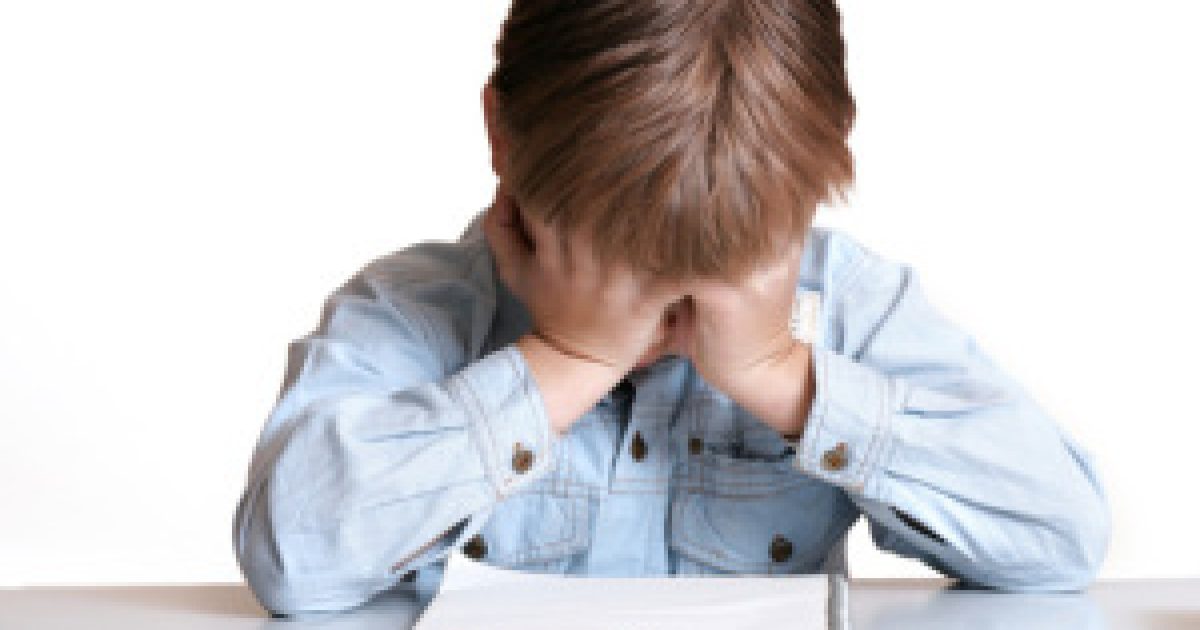 I’m going to grab you by the hand and drag you into hell. I am going to immerse you in a nightmare so hideous and horrifying that it will leave you stunned and gasping for breath.

Alright, imagine a terrifying world where 4 and 5 year old children are allowed to play, explore, and dream. Imagine a dystopia where young kids roll in the grass and get mud on their pants. Imagine what would happen if small children weren’t constantly being measured or analyzed. Imagine an utter and complete absence of overarching “academic standards” for kids that are barely older than toddlers. Imagine the torment of a country that does not provide government facilities to which its citizens can send their tots for curriculum-based instruction. Imagine a netherworld where innocent little kids aren’t tested, or scored, or compared to the “performance” of other kids all over the globe. Imagine — just imagine — a purgatory where your 4 year old develops on his own time, and isn’t hurried along so that he might meet broad “milestones” and “performance standards.”

Can you imagine this? Can you imagine a reality where our youngest sons and daughters don’t emerge from the womb only to be immediately placed in an even more restrictive and confining box — a box which will imprison them for the next 13 or 14 years of their lives?

Twist ending: this is the world in which everyone lived, up until very recently.

Somehow, for thousands of years, kids learned and grew and matured, and they did so without modern public schools. The Ancient Greeks produced some of the most brilliant minds in human history, and with nary a pre-K or a “this is what your kid should be doing at this age” parenting book. Against all odds, the great civilizations of the past — whether Roman, or Byzantine, or Ottoman, or Persian — all managed to contribute immensely to the progress of man, without the help of Common Core or standardized tests.

How did they do it?

There must have been some sort of ancient sorcery at work.

How else can it be explained?

I can certainly tell you that I wept when I read this recent op-ed in an Oregon newspaper. A couple of concerned bureaucrats report the “sobering” epidemic of kindergartners underperforming on standardized tests. Apparently, what these youngsters need is for government schools to be more “coordinated” and aggressive in seeing to it that they reach the arbitrary academic milestones imposed upon them by the Department of Education.

But this tragic story is not confined to Oregon alone. Other states are in the midst of a similar crisis.

Indeed, across the country millions of children, kindergartners and older, are “falling behind” and failing to learn at the exact rate and pace required by the government.

It isn’t just that these individual children are doomed — though they certainly are — it’s that we will are all facing the apocalypse if our kids don’t learn to “test better.”

Remember, it isn’t good enough that your child learn to read, or add, or write — she must do it NOW. If not now, then when? Next year? For God’s sake, are you mad? BY THEN IT WILL BE TOO LATE. Think of her college application!

Quick! Suck the fun out of her existence, eradicate her enthusiasm for learning, tie her to a chair and force her to fill out multiple choice questions! She must meet the standards so that her school gets more federal fundi— I mean, so that she will grow up to be a successful and well adjusted person.

Let me explain something about human beings: we are all exactly the same. Our minds are programmable computers, assembled in factories and implanted into our heads. Our children, therefore, can be expected to do everything the same way; learn the same way, act the same way, grow the same way, develop the way. If they don’t, then this is evidence of a systems-malfunction. No worries: stuff him full of drugs until he sufficiently measures up to the universal, preconceived notions of how he is supposed to think and behave.

Some foolish Neanderthals, like this woman at the Washington Post, question the wisdom of testing kindergartners and holding them to State-prescribed “standards.” But these people are anti-education extremists. They wish to return us to the Dark Ages — before government kindergarten and pre-k — back when children, deprived of the guiding light of standardized education, quickly descended into psychosis and cannibalism.

Fear not. These anarchists are fighting a losing battle. These are the unhinged types who conceive children and then don’t even have the foresight to run to Barnes and Noble and purchase a bunch of parenting books instructing them on when their baby “should” crawl, or walk, or eat solid foods.

They may wish to retain an ounce of freedom and creativity in their own chaotic households, but out here, in civilized society, we are moving past them. In fact, President Obama gave his State of the Union Address last week and once again reiterated his call for “Universal Pre-K.”

Yes, Mr. President. We must get the children away from their parents as soon as possible. And it is not enough for pre-k to be universal — it must be mandatory. But why stop there? I call for mandatory universal pre-pre K, which will be the next step after pre-pre-pre K, which would come right after a baby graduates from mandatory universal nursery instruction. If our children are to compete with the Chinese (surely, “competing” with Asian kids thousand of miles away must be the innate desire of all young Americans ) then we should stop wasting time. I say, let’s administer the first standardized test within 5 minutes of birth. That is, until the Russians give standardized tests to one-minute-olds.

Hurry! No time to waste! If your sons and daughters are to be obedient and useful cogs in the Assembly Line of Modern Society, we have to begin molding them for our purposes as soon as (or even before) they take their first breath.

Maybe, if we keep at it, if we work hard enough, we can create a country where children are no longer troubled with the stresses of being creative and imaginative; where they don’t engage in silly things like art, and sports, and music; where they have no sense of wonderment, or humor, or curiosity; where they can all simply sit still and regurgitate pieces of information onto sheets of paper.

A world where, essentially, that loathsome and inconvenient institution called “childhood” no longer exists in any discernible fashion.

I suppose I am.

And that’s only because I didn’t spend enough time taking standardized tests in kindergarten.