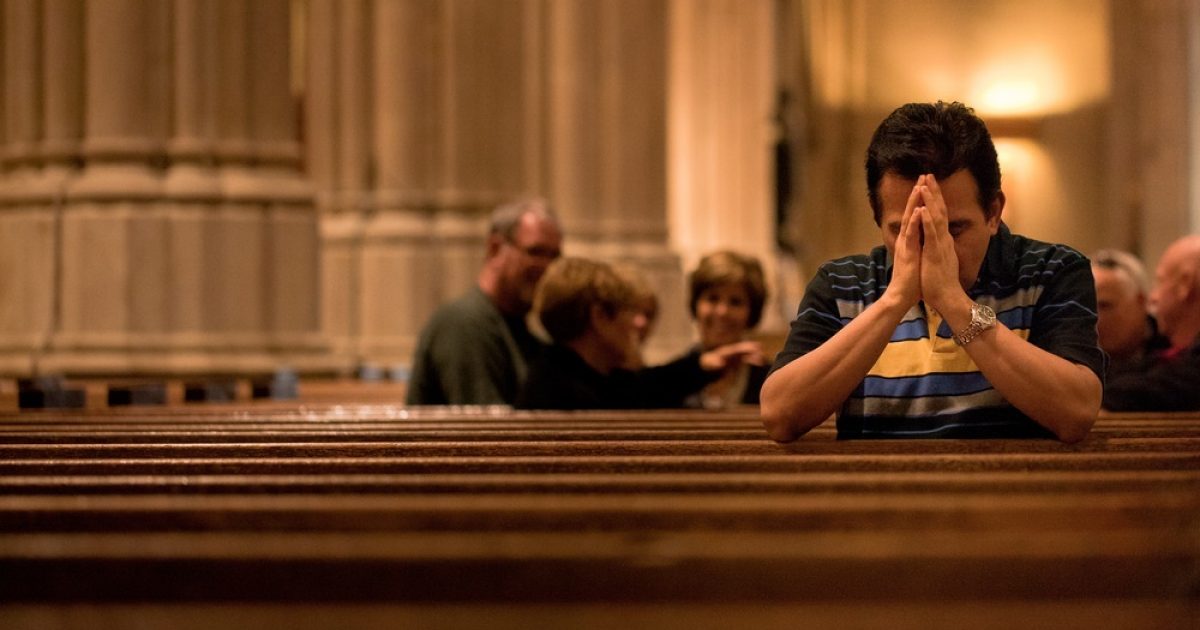 You might have read all of the reports yesterday talking about the latest “Christians in America” survey. Spoiler: it ain’t good. There are fewer self-identified Christians today than there were last year, or the year before, or the year before. And the downward trend continues.

In fact, as I say here, it’s actually worse than that, because many of the self-identified Christians who remain aren’t actually Christian at all. So, yeah, it’s bad.

But the question is: what do we do about it?

I have one theory. And I hope you read and understand what I’m saying here. I think that Christianity in America has become boring. Most church services are boring. When people talk about Christianity, they’re boring. They make the whole thing seem flimsy and boring. We aren’t captivating people. We aren’t stirring them. We aren’t engaging them.

I give one microcosmic example of this. I went to a service recently that embodied this problem. Terrible “modern” music, overly casual atmosphere, bland, innocuous, desperately “hip” sermon. The whole thing.

It was unfortunate for many reasons, not the least of which, it was boring. It was boring and it has no excuse to be, because the reality of Christianity — the reality of the universe itself — is something so ferocious, enthralling, terrifying, and joyful that nobody could be bored by it if only it was communicated to them. If only Christians behaved as warriors in the midst of a great spiritual battle — which is what we are — rather than meek little whimpering pansies, which is what many of us have become.

So I think we regain ground by making Christianity into what it is: something that is anything but boring. And when I say make it not boring, I don’t mean add more pyrotechnics and more modern flare to our church services. I mean the opposite. The exact opposite.