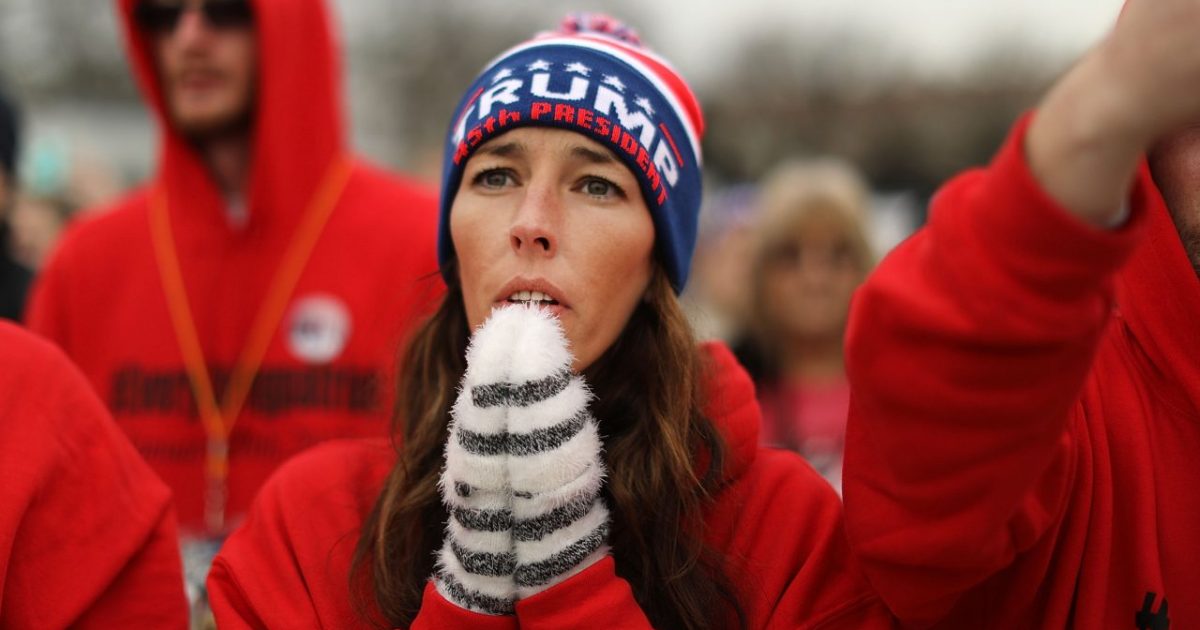 The recent news about Donald Trump’s Executive Order seems to have created scores of new Biblical scholars. The interesting thing about these Instant Theologians (Instalogians, for short) is that many of them are secularists who regularly deride the Bible as a collection of childish fairy tales. But every once in a while they’ll take a break from sneering at it to suddenly appeal to its moral authority. Of course, the problem is that these brilliant academics have never actually read the “fairy tales,” so when they try to use it as a cudgel to beat conservative conservatives over the head, they more often end up smacking themselves. I’ve been called a “Bible thumper” many times, but I’ve never thumped anyone with a Bible. I prefer to stand back and let them thump themselves.

I’ve been observing this spectacle these last several days, as Leftists have chided Christians for “disobeying the Bible” and “betraying their faith” by refusing to join in the collective freak out over Trump’s policies on immigration and refugees. I’ve heard over and over again that my faith requires me to advocate for the immediate admission of illegal aliens and un-vetted refugees from terror hot spots. The Bible clearly commands it, they say. You can’t be a “real Christian” unless you’re an advocate for open borders and unfettered immigration. National security and sovereignty are heresies!

Now, before I explain why these claims are inaccurate and downright silly, I need to mention three logical inconsistencies Leftists quickly run into when they go this route:

–First, if the Bible is a backwards, bigoted, primitive relic — as Leftists usually claim — isn’t that all the more reason to ignore its (non-existent) advocacy for open borders?

–Second, if the Bible contains all of these exhortations to help the poor and the sick and the orphaned (which it does), isn’t that evidence that it isn’t a backwards, bigoted, primitive relic? The idea that we should humble ourselves and serve others was not, in those days, such an obvious concept. It’s only obvious (though still only sparingly heeded) nowadays because we live in a civilization built upon Christian doctrine. At the time, however, Christ and the early apostles were preaching something revolutionary. If they could see this beautiful truth — if they were capable of a compassion unknown to man up until that point — does that not at the very least compel the rational critic to take a second look at the other moral teachings made by these radical humanitarians?

It’s obvious that these men and women were not mere products of their time. They were capable of seeing beyond their time. They professed a doctrine that was timeless and, in the truest sense of the word, progressive. Yet St. Paul still told women to submit to their husbands and Jesus still defined marriage as between a man and a woman. If they were blinded by the biases of their age in these areas, how were they otherwise so capable of seeing through them?

–Third, no matter if the Bible is a fountain of moral and spiritual truth, or a backwards, bigoted, primitive relic, or some utterly inexplicable mix of the two, you must decide whether it can be used as an argument for public policy or not. You must choose one argument or the other. If “because the Bible says so” is anywhere on your list of reasons for supporting open borders and uncontrolled refugee admission from Syria, then you have admitted that “because the Bible says so” is a fundamentally legitimate defense of public policy. If it is, I guess we can say goodbye to abortion and gay marriage.

The interesting thing, however, is that I don’t cite Scripture to support my position that abortion should be illegal. I don’t even cite it to support my position that the government should recognize marriage as between a man and a woman. These are truths ingrained in our human nature. I say that the government should govern according to that — Natural Law, I mean — not according to the specific theological tenets of the Bible. So we arrive at the odd dichotomy where the people most likely to use the Bible to support their policies are the very people who don’t believe in it.

OK, with that established, let’s look at what the Bible actually says. Can a Christian be faithful to Scripture while also supporting Trump’s approach to Middle Eastern refugees and illegal immigrants? Are we compelled by our religion to denounce Trump for putting a hold on the Syrian refugee program in order to strengthen the vetting process? Are we betraying the very faith we profess when we argue in favor of temporarily prohibiting travel from terrorist breeding grounds while the government reassesses how it handles such travelers?