Why do WHITE MEN have any right to give their WHITE MAN opinions about non-WHITE MAN issues? 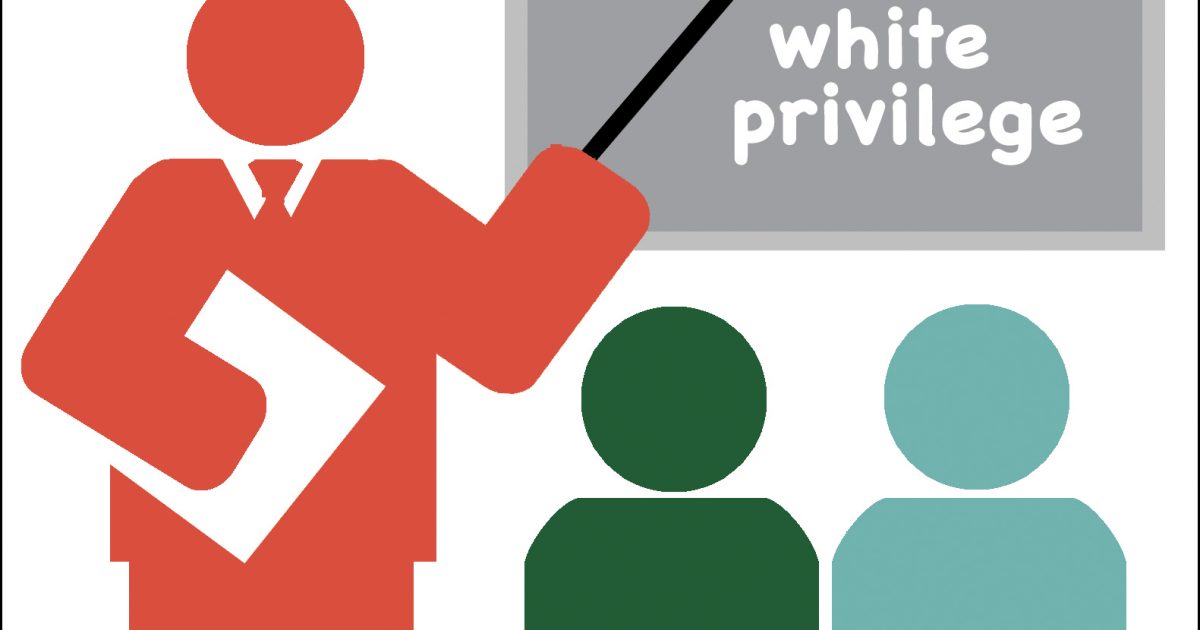 Let’s talk about this:

“You’re a [specific demographic category] so you can’t have an opinion about [whatever contentious issue]!”

Here’s the thing about that statement. It’s bigoted, cowardly, foolish, and small-minded.

So let’s stop saying it, OK?

Please, continue to debate and discuss and argue, but this is not an argument. It’s the opposite of an argument. It’s a rhetorical black hole that sucks all of the intelligence and purpose out of a conversation, leaving only some dried up shell of a pointless back and forth where we are reduced to competing over who can sob the loudest and play the highest quantity of Victim Cards™.

Of course, we all know that the blank is only ever filled in with “white man.” It is assuredly not socially acceptable to tell any group, other than white men, that their opinions don’t count.

Don’t you hear yourself? Do you know how stupid that sounds? How frivolous? How bigoted?

This is bigotry of the worst sort — so extreme that it bars an entire group of human beings from participating in a conversation, merely based on the boxes they check on a census form.

Bigotry so naked, so blatant, that it completely disregards another person’s point of view because of physical and physiological factors out of their control.

Defend your concepts, if you can. Make your point. Argue your position. Defeat your opponents on the Battlefield of Ideas. Be ruthless, if you want. Be aggressive and unrelenting. I’m fine with that. I respect it. I like it.

But if this is all you’ve got — this “wahhh, you’re a white man talking about non-white man things” garbage — then go home and let the big boys and girls speak. Come back when you have something constructive to contribute.

You don’t need me to illustrate this, I know. Still, I feel compelled to give you some real life examples, if only because I’ve been fielding an inordinate number of these sorts of comments in the past week. That’s probably due to the fact that, in the last 10 days of so, I’ve written about affirmative action, Donald Sterling, abortion, and feminism. I’ve given my opinion on these topics — or rather my WHITE MAN opinion, from my WHITE MAN brain, which produces WHITE MAN ideas, based on my WHITE MAN experiences.

And we all know that the universal WHITE MAN experience is that of wealth, privilege, and luxury. Just ask this kid:

Here is only a small sample based on a cursory search through my blog and Facebook comment section, and my email inbox. From Sterling to abortion to feminism to affirmative action policies, this is how many of you in the Identity Police Squad chose to respond to my points:

Matt,
It’s hard to take seriously the blog of a white male when it comes to racial issues in the same way it was difficult to take seriously your blog on feminism, since you have never been a woman… You’re posts are narrow minded and don’t allow for thoughtful conversation.

Matt… is nothing more than an angry, privileged, cis-gendered white man who has an incredibly slanted view of the world.

Explain this to me. Why do you think that you – a MAN – have any place commenting on this issue?

Sorry, men have no place giving opinions about feminism.

I think you definitely don’t know what feminism actually is… And, as a white man you really have no right to comment on the reproductive rights of women.

I have to say that I really take offense to a man making any comments at all about feminism.

Another white man with opinions on things he shouldn’t be speaking on.

All from a white person perspective. It kills me the denial you are in. Let’s continue to make excuses. Have no idea what’s it like to be a minority in this country. Lol wow.

Shut up, man. No really, MAN. YOU. ARE. A. MAN. How could you have ANY idea about reproductive issues?

Why do you think that you, as a privileged white Christian male, have any right even talk about a topic like this?

Nice, another White Christian Man who thinks he should talk about women’s issues. Awesome!

Sometimes the Identity Politics bigots will take the short hand approach and simply point out my race or gender, without adding any kind of context at all:

This is written by a man obviously!

Shut up. You’re a white man. That’s all.

It comes in handy, actually.

If ever I suffer from the delusion that maybe I’m a black woman, or a Latino man, or a Chinese transvestite, or an orange kangaroo, all I need do is check my comment section.

Sometimes the Identity Politics bigots are a little more open about their bigotry:

Matt Walsh, u are a stupid, priveledged, out of touch, honky, broke ass, racists, bigoted, money worshipping, white penis from hell. Are u located in Florida or Texas?? Do u have any followers that aren’t tea sucking old white men or their useless housewives??

Matt I hope you realize that your a racist white male bigot piece of sh*t who should shut about about everything and die of cancer. 🙂

The whole thing is built on an infinite tower of false premises, but for brevity’s sake, we’ll look at only the two of them: