What if we just held men accountable for their own behavior? 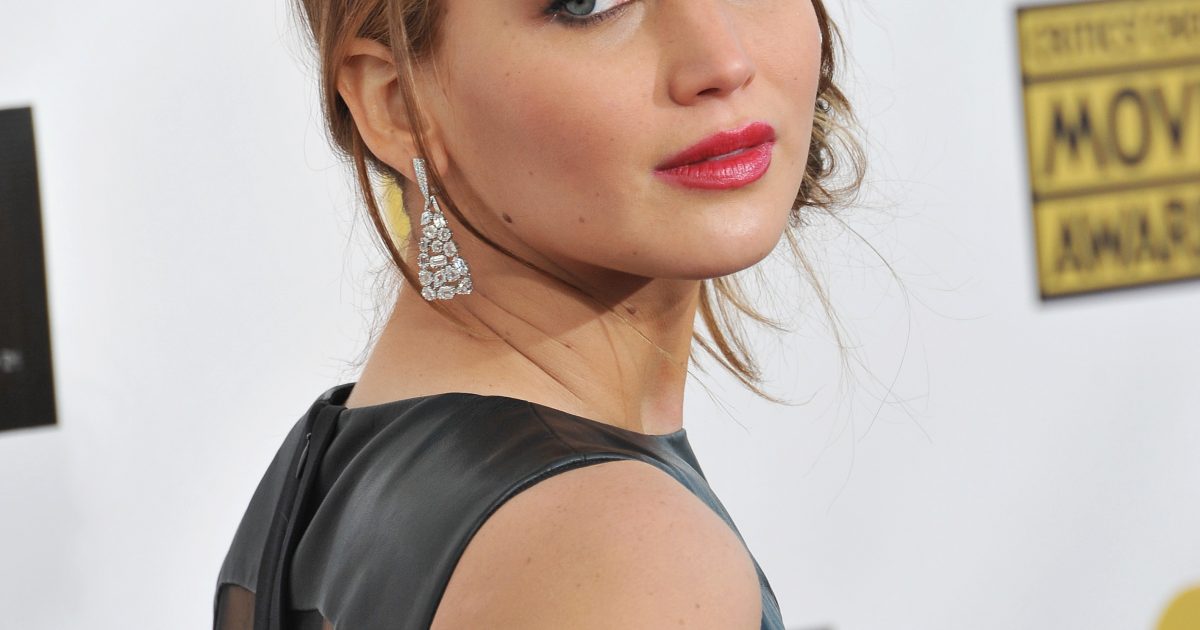 I checked Drudge on Sunday night and saw the urgent headline screaming from the top of the page: “Hollywood Stars Exposed in Massive Nude Photo Leak.”

It’s not exactly the most weighty world news, so I didn’t click on the link or read anything about it. But the following morning I logged into Facebook and Twitter to find both sites overwhelmed by people frantically sharing or excitedly commenting on the stolen images of famous actresses, most notably Jennifer Lawrence.

It was at this point that I got up to speed on the story, and discovered that, apparently, some thief/creep/creepy thief hacked into the iCloud server, pilfered dozens of nude photos from various well known women, and distributed them online. And when I say “distributed them online,” I mean he put them on one message board, and let millions of other creeps spread the stolen property across the vast expanse of cyber space.

It’s both unsurprising and disturbing that it’s unsurprising that so many adult males have either shared these images or publicly announced their intention to find them. I’m not sure if I can successfully interject any common sense into all of this, but I have to try.

So before you go foraging through Google for the newest batch of naked celebrities (too late, I know), please keep a few things in mind:

1. The internet is not an alternate dimension where the laws of morality, ethics, and basic human decency are magically suspended.

The internet is what happens when you go on your computer to find information, or to communicate, or to view a video of a three-toed sloth crossing the street in Costa Rica. At no point in this process do you forfeit your humanity. You are a human being doing things on the internet, and those things often impact, to some extent, other human beings. So whatever you do or say on the internet, it’s just like you’ve done it or said it in real life. Why? Well, because this is real life. This is not a dream. It is not a fantasy. This is real, I am real, you are real, everything that happens here is real.

Now that we’ve established this, hopefully we can all agree that intentionally looking at the stolen images of women is exactly equal to hiding in the bushes and staring at your neighbor while she undresses. There is no fundamental ethical or moral difference between the two acts. You might feel like it’s different, but it isn’t. The fact that it occurs on the internet doesn’t suddenly and mysteriously alter the nature of the act itself. It is what it is, you’ve done what you’ve done.

The people who draw a distinction between these two analogous acts are probably the same ones who’d call you a piece of sh*t and tell you to kill yourself in the comment section on Facebook, and rationalize it in their head by telling themselves that this is “just what people do on the internet.”

People do it because people do it, which is why it’s alright for people to do it. Or something.

2. It isn’t cool for men to be sexually desperate.

We seem to have developed the erroneous idea that American males should enter puberty but never leave it. I’m not saying that only pubescent boys struggle with temptation, but I am saying that, at a certain point, maybe a man ought to become an adult and stop reacting like, “OH WOW A NAKED PERSON!!!!! AHHHHHH MY LIFE IS COMPLETE BECAUSE THIS PERSON IS NAKED AND I’M LOOKING AT IT!!!!! NUDITY!!!! LOOK AT THE NUDITY!!!!!” every time the world is treated to another “celeb photo scandal.”

It’s one thing to battle these urges, but it’s another to so openly delight in them as if it reaffirms your masculinity. On the contrary, what I learned from my dad is that a man is a creature of discipline, intelligence, and perspective — not an eternal 7th grader who slobbers over the lingerie section of a Target catalogue.

Now I’m certainly not anywhere close to a perfect model of discipline and intelligence, but I do possess the unearned advantage of having grown up with a proper role model. I don’t think I have any broad and universal “White Male Privilege,” but I do have “Male Who Was Raised In a Home Where the Dad Was Present and Attentive Privilege.” So when guys act like oversexed clowns, I know that there’s another way to be. I’ve seen the other option. Maturity isn’t just an abstract concept to me; I’ve seen it in action. A lot of kids, however, are forced to maneuver through childhood without ever coming in contact with Option Two. Then they become adults, husbands, and fathers, and begin to perpetuate the very disease that destroyed them.

It would be easy, here, to miss the point on purpose and accuse me of saying that men shouldn’t be interested in sex. That’s clearly not what I mean, and in fact, I would contend that what I call our “oversexed” society is actually just another symptom of our profound boredom. We don’t flip out over naked photographs of famous people because we love sex. We do it because we don’t love much of anything.

3. I’m not one to bust out the “victim blaming” card, but this appears to be an appropriate time to play it.

*Yes, it’s a very bad idea to store your naked pictures on the internet.*

*Yes, sometimes celebrities want these things to be “leaked,” although there’s no evidence of that here.*

Yes, all of these statements are true.

But it’s also true that you’re an enormous jerk if these are the only points you see fit to make in this case.

It’s one thing to say: “Hey, you shouldn’t hack into people’s accounts, you shouldn’t steal their photos, you shouldn’t spread those photos online, you shouldn’t look at photos that were spread illegally online, and you shouldn’t act like it’s a joke when naked photos are stolen and spread online, but also, by the way, let’s be smart and try to protect ourselves from becoming victims to this kind of thing.”

It’s quite another to say: “The person who had their photos stolen and privacy violated is literally the only one who should be blamed. The hacker, the thieves, and the shameless voyeurs can’t be expected to behave any differently.”

I’ve seen a fair bit of the former, but way too much of the latter. Take this article from Breitbart, which bears the headline “Who’s to blame for nude photos of Jennifer Lawrence leaking?”

The writer points his finger at Lawrence, accusing her of being “dumb,” and then parcels out a small portion of the leftover blame to Apple. He never once gives so much as an honorable mention to any of the parties actually responsible for the deliberate act of hacking, stealing, and consuming sensitive and private material. He says that they exist, but he doesn’t say, “oh yeah, they also deserve some blame for their own actions.”

It’s mindboggling that anyone would dedicate several paragraphs to blaming Jennifer Lawrence for taking private photos, but not one sentence to slamming the despicable hackers and voyeurs. In the grand scheme of things, the latter group is, I assure you, the bigger threat and in need of much louder condemnations.

If I go to the ATM, take out money, and walk away with my debit card still in the machine, does that excuse the guy who comes in behind me and withdraws 1,000 dollars from my account? Sure, you could call me a fool, and you could certainly call me forgetful (guilty, on both counts), but who’s the greater villain in this story? Me for being reckless, or the rotten, dishonest, opportunistic thief for being a rotten, dishonest, opportunistic thief?

And if the man who robbed me then meets you at the bar, tells you what happened, and offers to buy you a drink with the money he stole, would you figure that it’s OK because I’m the moron who left my card in the machine in the first place? Would you reason that you aren’t benefiting from stolen money, but from money that was somehow benignly “leaked” into your friend’s possession?

Maybe you would, and I guess that’s the whole problem.

I have seen a large preponderance of men and women make excuses for the men who do these things by stating, in no uncertain terms, that the females “deserve” it for being “stupid.” This is a perspective so intellectually and ethically bankrupt that I shudder to consider how prevalent it is. What about holding us guys accountable for our actions? What, we can’t be expected to refrain from hacking into celebrity’s phones, stealing their nude photos, then gawking at them online all day? What are we — animals? Children? Robots? Imbeciles? Even the slightest expectation of decency and decorum is too much? It’s not even worth talking about so we might as well use this opportunity to place ALL of the blame COMPLETELY on the people who, while they did make the unwise decision to take and save naked photos, still never even remotely consented to having them presented to the world for public consumption?

This is ridiculous. Shameful. Pathetic.

It’s easier to attack the people who fall prey to the bad guys than it is to attack the bad guys. Especially in this case, when “the bad guy” camp includes anyone who purposefully sought out these images. It’s always much more fun to have your jollies, hold yourself to absolutely no standard of decency at all, and then lecture other people about their ignorance of proper internet security procedures, isn’t it?

I think it’s time to expect more out of each other.

There are many boys in the country, but few men.