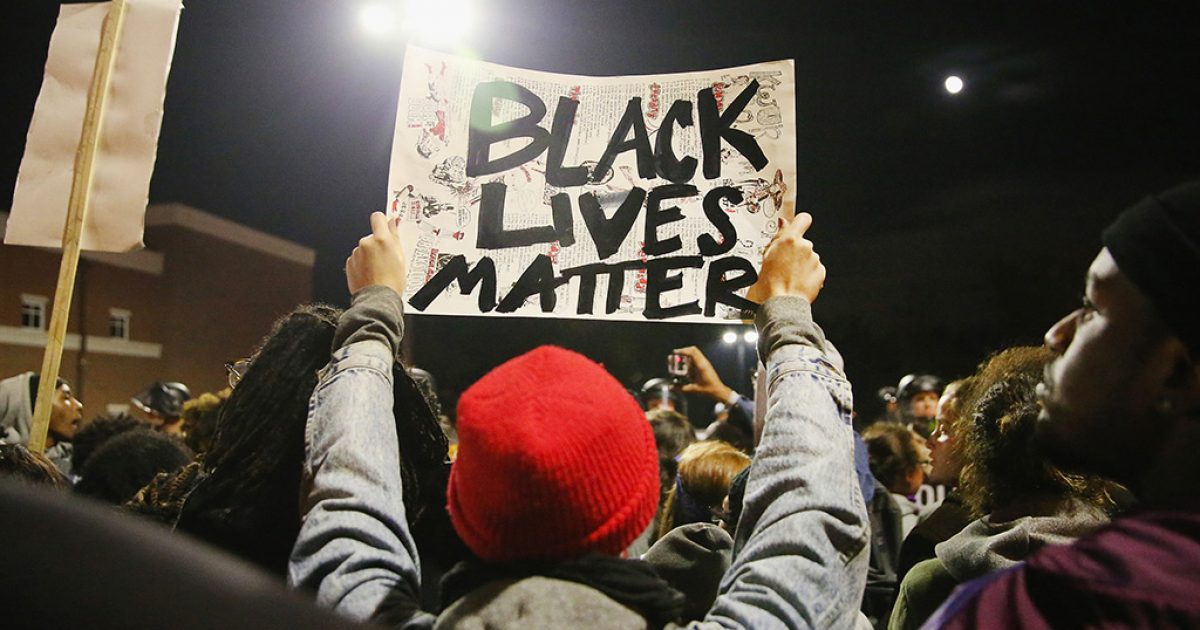 I’m not sure what good can really come of all this madness in Ferguson. Maybe if people were willing to take a step back, examine the situation, look at the facts, and humble themselves to the point where they can admit they had it wrong, maybe then there would be some hope here. But, sadly, I don’t think they’re willing to do that. That’s what’s most disheartening to me. Forget the riots and the arson and all of that — what causes me to despair is that so many people have such little concern for the truth. Has it ever been this bad before? Has any civilization ever been so hostile to truth? In this day and age we have access to all of the information in the world, yet we remain so willfully blind. It’s a tragedy.

But maybe if we pivot the conversation we can salvage something meaningful out of it. Amid the mindless sloganeering of the Ferguson mob, they have stumbled on one truthful and important motto: “Black lives matter.”

Yes, they do. They most certainly do. And it’s without a doubt true that black people ARE under siege in this country. They ARE being exterminated and erased. They ARE being targeted for extinction. This is all very accurate and very important to understand. But cops aren’t the ones responsible. Officer Wilson and his brothers in law enforcement aren’t the enemy. The enemy is abortion. The exterminators are abortionists. The conspiracy has been hatched by the Infanticide Industry. Black people are killed by abortion more than by police, heart disease, AIDS, cancer, homicide, car accidents, and respiratory illness — COMBINED.

Black lives matter, you say? I agree. So let’s talk about the real threat the black race:

Facebook Twitter Reddit Pinterest
PREVIOUS COLUMN
Hey Ferguson Protestors: Justice Was Done, But You Never Wanted Justice
NEXT COLUMN
Eric Garner’s Death Has Nothing To Do With Racism And Everything To Do With Bad Nanny State Laws