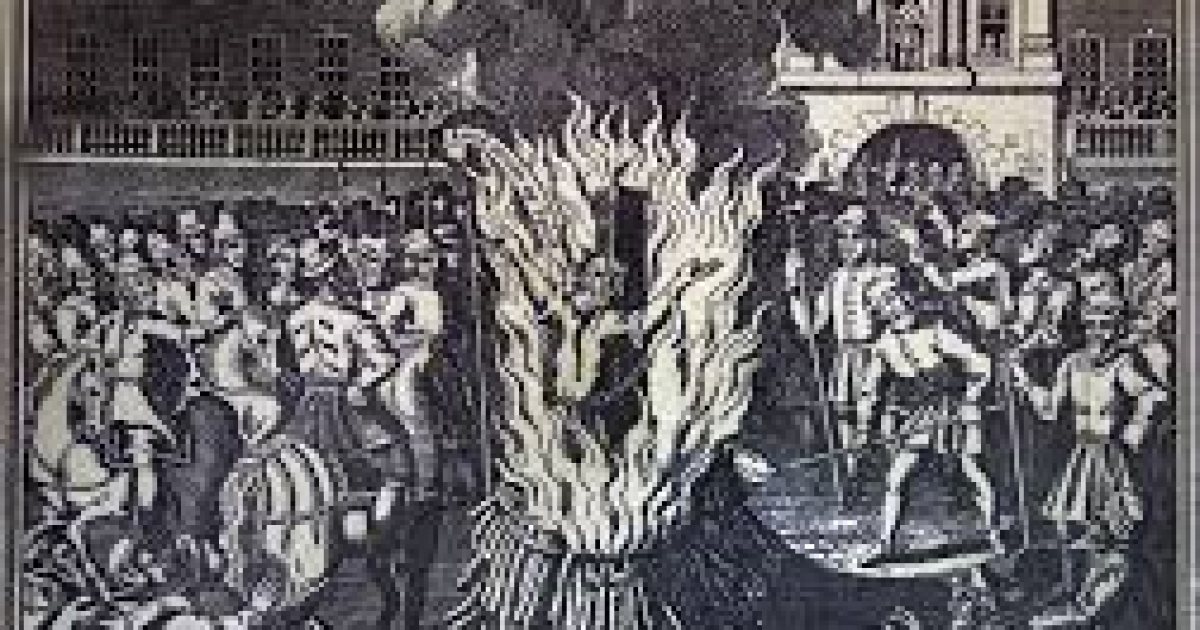 Don’t worry, secularists. I’m here to comfort you. To tell you that everything will be OK.

Yes, the Supreme Court just ruled that town councils can open their meetings with words that may or may not include the names “Jesus” and/or “God” and/or “Lord.” Yes, this means that, if you make a habit of attending town council meetings in areas with a particularly Christian culture, you might be ruthlessly subjected to 45 seconds — possibly even 60 seconds — of prayer.

Yes, this is all true.

Some leftwing blogs and Twitter accounts today are exploding with rage. The Daily Kos warns of a “war,” while Think Progress screeches that a gaping “hole” has been blown in the “wall of separation between church and state.”

The ‘wall of separation’ phrase is a metaphor used by Thomas Jefferson — which he borrowed from a 17th century Baptist preacher named Roger Williams — when he wrote to a group of Baptists, reassuring them of his principled support for religious liberty.

The Supreme Court later seized on those infamous three words, took them wildly out of context, enshrined them as judicial gospel, and used them as the foundation for all further First Amendment constitutional interpretations. They might as well have dug up a letter Jefferson wrote to his wife discussing how much he really likes ham sandwiches, and used it as a basis for interpreting the constitution as a document that requires all presidents to eat ham sandwiches.

What the Supreme Court did with this latest ruling is what they should have always done: stop rifling through Thomas Jefferson’s sock drawer searching for tips and clues as to his personal feelings on the matter, and look instead to the constitution itself. Following this radical strategy, you’ll find that the First Amendment says:

“Congress shall make no law respecting an establishment of religion, or prohibiting the free exercise thereof…”

No mention of a wall.

No mention of anything that could even remotely be rationally construed as a ban on public prayer.

So, to ease your troubled minds, let’s go through this sentence fragment and discover, together, why the First Amendment in no way, shape, or form, bars a town council from opening a meeting with a prayer (or a teacher from opening her class with a prayer, or a city hall from displaying a nativity scene, or a courthouse from hanging a poster of the Ten Commandments on the wall, etc):

First, we have the word “Congress.”

Already we know that, whatever comes next, it pertains to Congress. We also know that Congress is a particular thing: the legislature of the federal government. Town councils are not Congress. Schools are not Congress. Courthouses are not Congress. In other words, “Congress” is not some amorphous, transformable entity that shape-shifts and becomes your local school board or the local government of Nowhereville, North Dakota. Congress is Congress. Therefore, if the First Amendment says that Congress shall do something, or Congress shall not do something, we can be confident that those who are not in Congress, and those not acting in capacity as a Congress, are not necessarily bound by whatever instructions follow.

Second, we get to the phrase “shall make no law.”

So, we know that this command is particular to Congress, which makes sense, considering that Congress has the power to make laws for the entire nation, and the city council of Greece, New York does not. But what is a law and how is it made? Well, for a more detailed analysis, I point you towards this instructional video:

Congress, specifically, cannot go through that process in regards to this issue. As long as bills aren’t passed and laws aren’t enacted, the matter is irrelevant to this portion of the First Amendment. A prayer before a town council meeting does not A) involve Congress or B) create a law. As much as I believe in the power of prayer, I feel very safe in saying that Councilman Smith can’t make a law materialize out of thin air simply be reciting the Lord’s Prayer.

Third, now here’s the real meat of the matter: “respecting an establishment of religion.”

Putting it all together: Congress shall make no law respecting an establishment of religion.

What does that mean? It means that Congress — remember that singular legislative entity, which is distinct from other non-legislative entities? — cannot make a LAW that establishes a state religion. Prayers, and crucifixes, and references to God, as scary as they might be, are not the same as our federal legislative body passing a bill that requires all citizens to observe a state sanctioned religion.

It seems that we often forget to finish reading the rest of the religion portion of the First Amendment. Due to this innocent oversight, we miss out on the best part:

“…or prohibiting the free exercise thereof.”

It would seem, then, that any law barring prayer in any capacity, anywhere, at any point, would not be a reinforcement of the First Amendment, but an obliteration of it.

Now that it’s been made clear what the First Amendment says (a truth most efficiently revealed by just reading it for yourself), you might still wonder about what sort of slippery slope we will slide down, should the habit of ‘official’ prayer begin to spread like a humble, edifying, soul-enriching plague. What happens, you ask, if signs of religiosity begin to litter our town halls and schools? What if one seeking secularism and godlessness is forced to find it only in obscure places, like the media, pop culture, Hollywood, college campuses, most of modern society, and Democratic Conventions?

Well, take heart. In the American System, governments are supposed to be by the people and for the people. Our government is designed to reflects our will, our priorities, our values, our beliefs. Many small towns across the country have managed to maintain a Christian culture, to one extent or another. If all goes according to plan, their local elected representation will reflect that culture.

If a town exists where the people are mostly Pagan, or Hindu, or Wiccan, and they wish to make those traditions evident in their meetings and local buildings, they are free to do so. In fact, I would prefer it that way. Let the Wiccan village plant their Wiccan symbols in the town square. I’d rather they did, that way I can search elsewhere if I’m ever looking for a great deal on new real estate.

Even Satanists are now clamoring for their own monuments and prayers. I don’t know why they feel left out — they already have Nancy Pelosi.

Look, America wasn’t supposed to be an imposing top-down dictatorship where all states and cities and neighborhoods are forced to conform to some national standard (::cough::Common Core:::cough:::). That’s why the First Amendment only bars the federal government from establishing a state religion, but leaves the rest up to the states and the people. Indeed, many states actually had official religions, and the First Amendment did not, and does not, prohibit it.

This is called freedom. It’s a wonderful thing.

There’s nothing to worry about.

There’s nothing to fear.

Until this decision naturally leads to burning atheists at the stake. But, honestly, it’ll probably be at least another year before that starts happening.