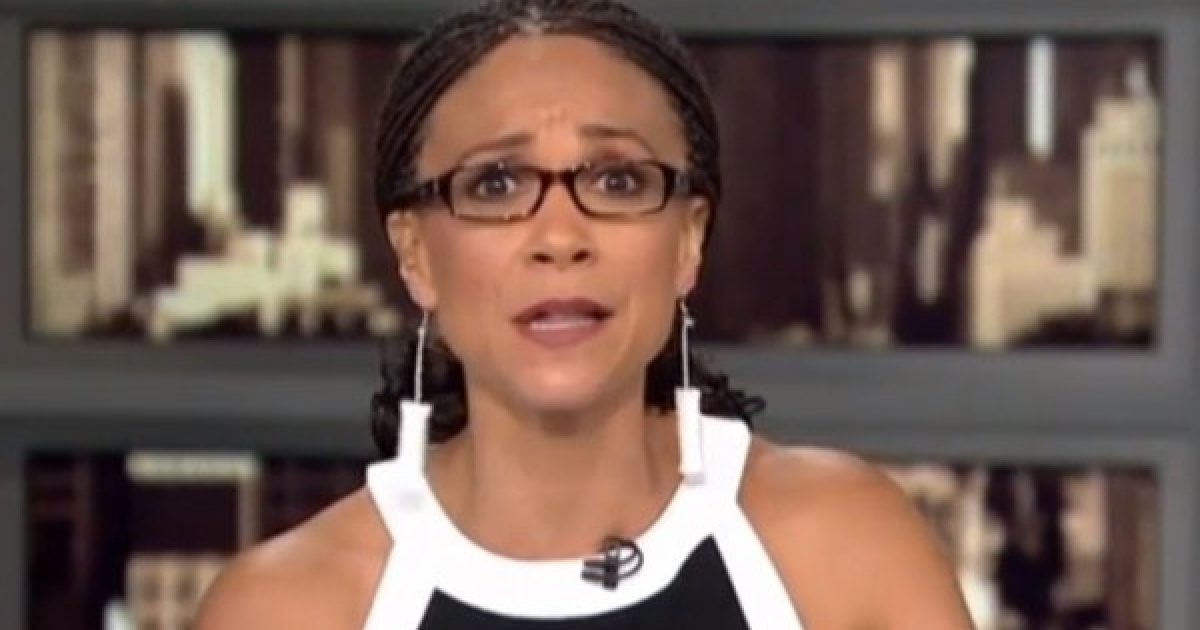 Melissa Harris-Perry is, allegedly, a host on MSNBC. I can neither officially confirm nor deny her actual existence because I — like every other American except for a few dozen or so — have never watched her show. For all I know, she’s a hoax invented by the right wing conspiracy to try and make liberals look even dumber. If that’s the case then well done, right wing conspiracy.

If, in fact, the Melissa Harris-Perry Show (or whatever it’s called) is a real thing, then I guess that means this really happened:

Yeah, those are tampons hanging from her ears. Ol’ Melissa heard about how police had to confiscate tampons from rabid pro-abortion protestors at the Texas Capitol a few weeks ago because they planned to throw them at Republicans. Personally, I disagree with people all the time but it’s never occurred to me to fling hygiene products at their face. I guess next time a liberal gets on a “let’s kill babies” tirade, I’ll just chuck a stick of Right Guard at their skull, because why not, right? Harris-Perry couldn’t fathom why security wouldn’t want a bunch of feminist psychos tossing tampons all over the Capitol so she… did this… for some reason.

And, no, I don’t need to watch her program to “understand the context.” Anymore than I need to watch Geraldo’s show to understand the context of why he decided to take a picture of his elderly nude body and post it on the Internet. The context is that they’re both desperate, embarrassing, pathetic, attention mongers. And the deeper context is that journalism died a long time ago and we are now witnessing the grotesque spectacle of its slow decay.

What I don’t understand is why Mrs. Harris-Perry chose to wear tampons when there are so many other fabulous pro-abortion themed wardrobe choices.

A bunch of cash stitched together to make a luxurious jacket.

This represents the multi-million dollar abortion lobby. The lobby that paid “grass roots” protestors to show up in Texas and raise hell about the abortion bill. The same lobby which shills for corporations that have a vested financial interest in keeping abortion clinics as unregulated as possible. With this outfit, you can sell your soul to wealthy corporate interests who make millions by killing children, and you can do it in style!

A beautiful glass jar filled with urine and feces, worn around the neck like an elegant pendant necklace.

I was inspired for this provocative and trendsetting idea by the reports of pro-abortion whack jobs trying to sneak containers of human excrement into the state legislature. This fine jewelry could also tell the world what you’re full of, before you even open your mouth.

Here’s a sensible accessory which perfectly encapsulates the attitude of pro-abortion advocates who prefer to close their eyes and ignore the atrocities and horrors that occur every day in abortion clinics nationwide. It also symbolizes the behavior of the government and the abortion industry anytime they’re made aware of criminals like Kermit Gosnell. They ain’t seen nothin’, yo.

Not only will you be positively dapper in this getup, you’ll also look just like the 19th century slave owners whose overall philosophy the pro-abortion movement mirrors. Surely, if you are going to use faux-science to justify classifying an entire group of people as subhuman, you might as well where the uniform while you’re at it. Oh, their physical features and vulnerability make them unworthy of basic liberties and legal protections? Yeah, I think I’ve heard that one before.

Of all the options, these are a must have. After all, if you support “abortion rights” you are taking the side of murderous butchers who have slaughtered 50 million babies in the last 40 years. You can’t escape it, you have blood on your hands. Maybe you aren’t holding the knife, but you’re cheering for the ones who do. That makes you morally culpable, and the darkness of your depraved soul truly frightens me. Let these gloves symbolize the blood on your hands. You’ve earned them, now wear them with pride.