Today Is the Real Women’s — and Men’s — March 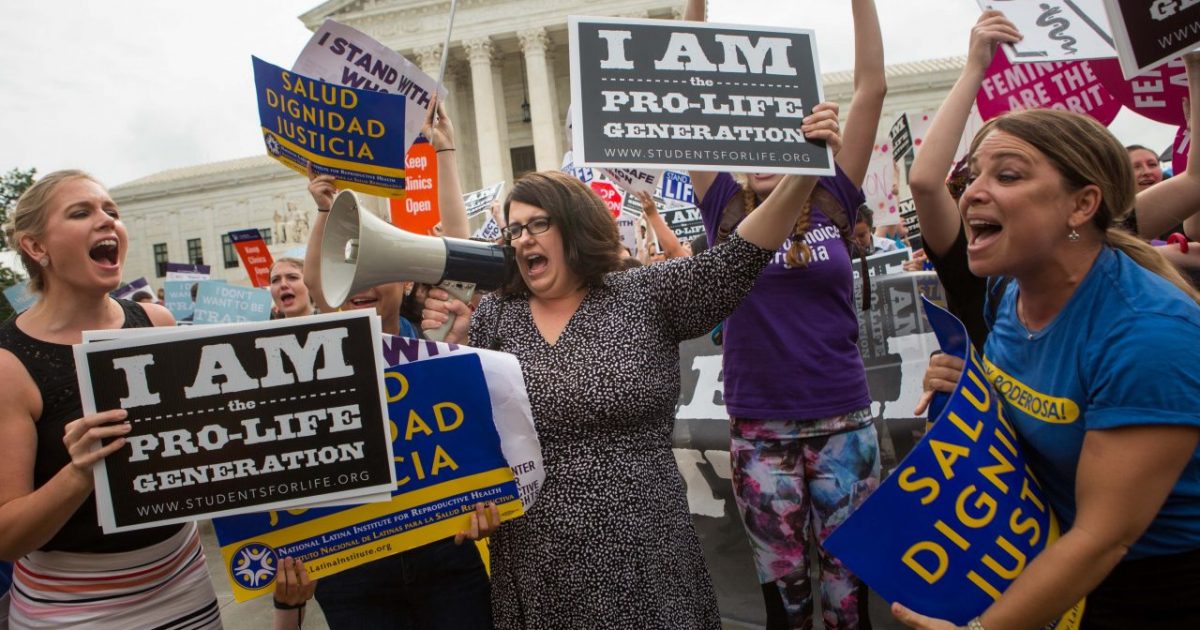 Today I’ll be at the March For Life in DC. I expect it to be different from the march that took over the city last week in a few important ways:

First, there won’t be nearly as many news cameras.

Second, there won’t be any vagina costumes or vagina signs or vagina hats. There won’t be any reproductive organs on display at all, except perhaps by the counter protesters. The participants will be putting their message — not their genitals — forward.

Third, the speakers won’t be going on any vulgar or profane tirades. The march will be family friendly.

Fourth, there won’t be any discussion of blowing up the White House.

Fifth, the marchers will not be demanding any special entitlements. They will not be looking for free birth control, or free tampons, or free anything. They will not be making any personal demands, because this march is not about them. The people who make their voices heard today do so not for their own sake. They do so for the sake of those who cannot speak for themselves.

The march participants stand to gain nothing from this. Their motivations cannot be selfish because their demands are not self-serving. Every single person — hundreds of thousands of them — will be marching in the place of someone else. The march last week, and so many others of its type, have been made up mostly of people saying, “Do such and such for me. Give me something. Help me. Me. Me. Me.” But the March For Life is different. The March For Life says, “Do this for them. Give them a chance. Give them their rights. Help them. Them. Them. Them.”

And the “them,” of course, are pre-born children. Whereas the people at the so-called Women’s March said, “Forget them, let them die,” we at the March For Life say, “Remember them, let them live.” These are the two competing points of view. Here is the great dividing line in our culture. The question is asked and must be answered: “Should these children be given a chance to live or not?” How you answer that question will determine on which side of the line you belong.

Our culture has answered with a cruel and callous “no” for the past 40 years. The so-called Women’s March echoed that answer. The feminist movement, liberalism, the media, the Democratic Party, academia — all of these powerful forces join together in shouting “no.” No, give them no chance. Give them nothing. Take everything from them. Take their dignity. Take their rights. Take their lives. And when they are dead, take some more. Take their limbs, their livers, their brains, their hearts, carve them up and make use of the pieces. Take it all. They are nothing to us. They are insects. They are lower than insects because we would sooner acknowledge the life of an insect than the life of this “clump of cells.” They are dirt. Let them die, then. Pick apart their carcasses and throw the rest in the dumpster. This is the answer the pro-aborts shout proudly from the rooftops.

Well, today in Washington DC a great many people will gather to deliver a different answer.