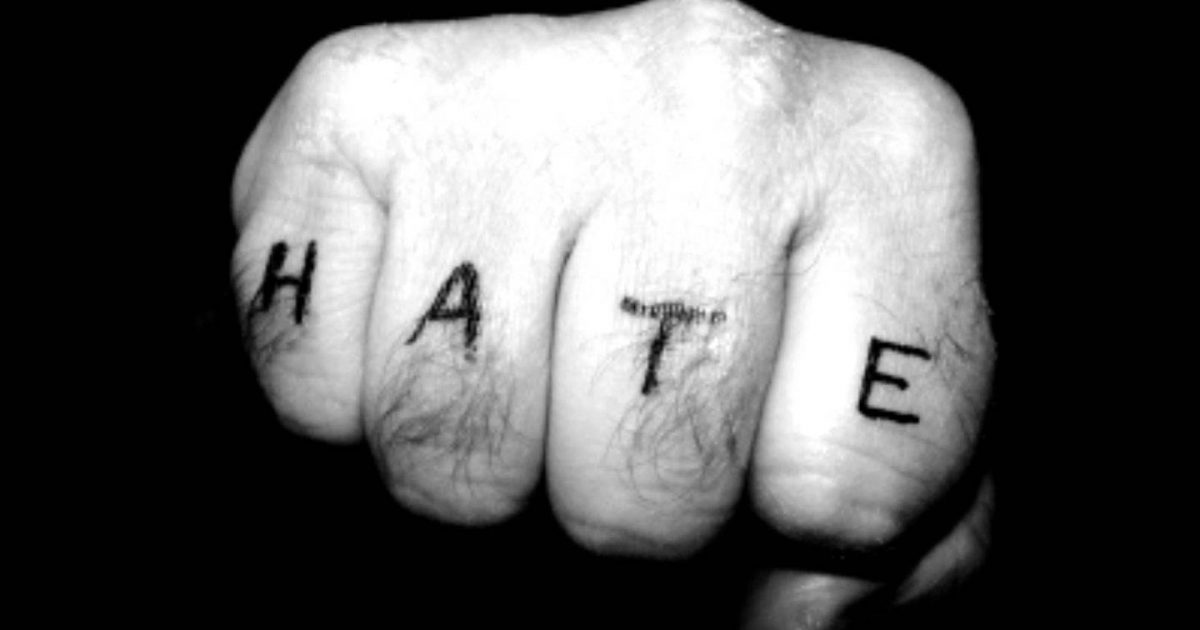 To my leftwing friends:

Last night, someone sent me an email threatening to murder me because they disagree with my opinions. It read, in part:

Concise. Eloquent. And now on file with the state police.

After I reported the threat to law enforcement, I didn’t pay it much mind. But then, a few minutes ago, I received this message from someone else:

“Matt, you are so filled with hate in everything you write. You are part of the reason why conservative teabaggers in this country are nothing but hate mongers and bigots. Do you want to know why I’m a “liberal”? Because liberals know how to make a point without being hateful and spiteful.”(Emphasis mine).

I laughed quite heartily when I read that. Perfect timing. Mere hours after someone called me ‘filth’ and announced their plan to end my existence all because of my beliefs, I’m informed that these are precisely the people who ‘know how to make a point without being hateful and spiteful.’

At first I dismissed this claim and concluded, as I often do, that the person who said it couldn’t possibly be serious. Does he really not notice the hate and hostility pouring like sewage out of his own ideological camp? Does he really think that hate is somehow a ‘conservative’ thing? No, I thought. Nobody is that oblivious.

But the more I reflected upon it the more I realized that I have to stop looking through the prism of rationality. Many people in this country have bought into the propaganda that paints us cultural non-conformists as hateful bigots. They’ve had this notion instilled in them, and it is only reinforced by virtually everything they see and hear from their teachers, the media, their pop culture idols, their parents, and their president.

So I’ve decided that maybe it’s time I address the misunderstanding head-on. I think we need to have a dialogue, as politicians like to say, about this thing known as ‘hate.’

Our society is obsessed with the term. Every idea you oppose is ‘hateful,’ every person who expresses it is ‘full of hate,’ every time someone hurts your feelings or makes you uncomfortable they must be dismissed as hateful haters who want to spread hate and hatefulness all over the world.

Every morning I sift through dozens of messages informing me that I am a hateful monster who hates gays, minorities, endangered species, trees, flowers, puppies, jelly beans, and dolphins. It’s fortunate that they take the time to tell me this about myself, because otherwise I’d go through life generally believing myself when myself tells myself that I don’t harbor even the faintest hint of hatred for any of these groups. I guess I do hate women, though, as is evidenced by a thorough investigation of my Twitter account:

Not surprising – of the 84 people @MattWalshBlog follows on Twitter, 11 are women. 12 if you include Ann Coulter. Most are "housewives."

The ‘you’re hateful’ schtick really kicked into overdrive the past couple of days, after I published that post explaining why I don’t think a six-year-old girl should be told she’s a boy. When I wrote it, I felt driven by concern for both the child and the truth, but it’s once again been explained to me that, no, I was actually motivated by hatred.

Some guy who goes by the name ‘Naked Pastor’ wrote a blog post on the subject, calling me the ‘equivalent of the Taliban.’ He even he drew this pretty picture: 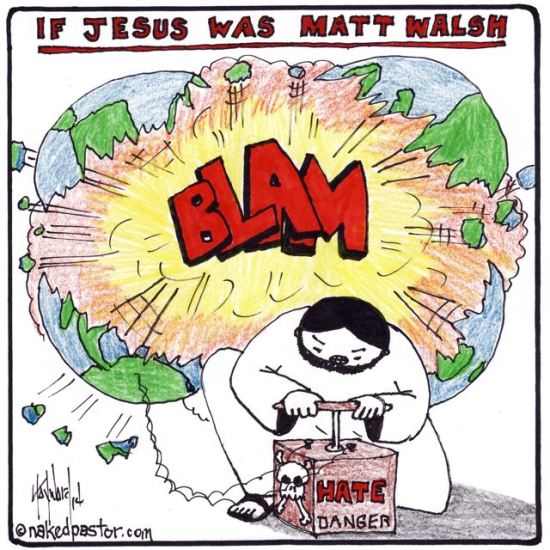 I am a terrorist. A violent terrorist who plans to blow up the world. I’m a dangerous, dangerous, hateful man.

Now, before we get into defining hatred, let’s go over some legitimate examples. Here’s a quick peek at excerpts from a few more emails I received, mostly reacting to my opinion that toddlers can’t be ‘transgendered’: