This is why we need a minimum wage hike 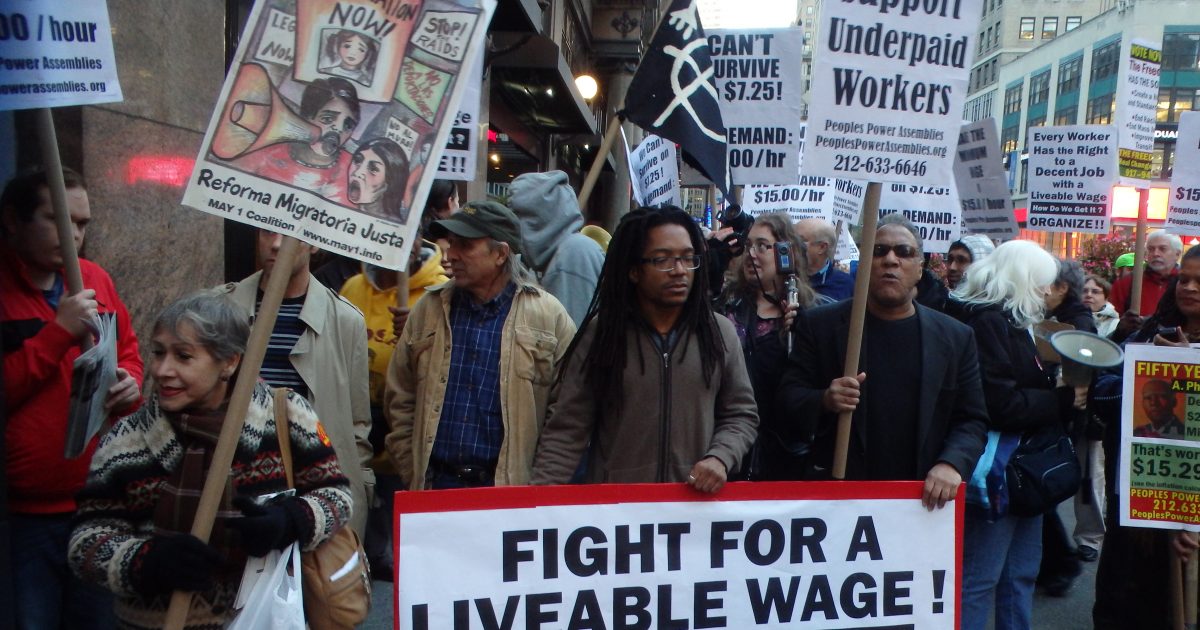 Employer: “Sorry, the government says we have to pay everyone at least 10.10 an hour. We don’t have any money in our budget to hire more workers at that rate.”

Government: “Hold on! You can’t do that. You’re not allowed to sell your services for less than 10.10 an hour!”

Worker: “But… I’d rather make under 10.10 than be unemployed. Why can’t I enter into a private employment contract with this establishment if we both feel that the arrangement benefits us? We are both consenting parties, aren’t we?”

Government: “Because that isn’t fair.”

Employer: “Excuse me, but I’d like to have a say in this conversa-”

Government: “Enough out of you, business owner! This is between me and the worker.”

Employer: “Actually, I really think you have nothing to do with-”

Government: “FAIRNESS! We are decreeing a minimum amount that all people must be paid, regardless of the financial realities of an individual business, and regardless of the actual measurable worth a particular worker represents. If a worker wants to work for less rather than not work at all, we won’t allow it. We are doing this because of fairness and freedom. WHAT DON’T YOU PEOPLE UNDERSTAND ABOUT THIS?”

Worker: “Well, if I can’t work than I guess I’ll have to start selling my stuff. Anybody want to buy my TV for 100 dollars?”

Government: “WAIT! You aren’t selling that thing for less than 200 dollars. This is for your sake. You deserve 200 dollars for that TV.”

Worker: “But nobody will buy it for that much and I really don’t think it’s worth 200 dollars…”

Government: “Look, just take some of this welfare until a high paying job falls out of the sky and lands on you like an Asteroid of Fairness from the Kumbaya Galaxy.”

Taxpayers: “Hang on, we can’t afford to finance any more entitlements! We’re barely making ends meet as it is!”

Government: “Well, you’ll have to get a second job to compensate for the financial burden of a trillion dollar Nanny State.”

Taxpayers: “Fine. Hi, employer, I’d like to work for you.”

Taxpayers: “Alright, this is a supplemental income anyway. I’ll work for less. How ’bout 7 dollars an hour? Deal?”

PREVIOUS COLUMN
Chivalry is out of style
NEXT COLUMN
Parents are lazy, uninvolved, stupid, selfish, cowardly jerks. Except for me, of course.