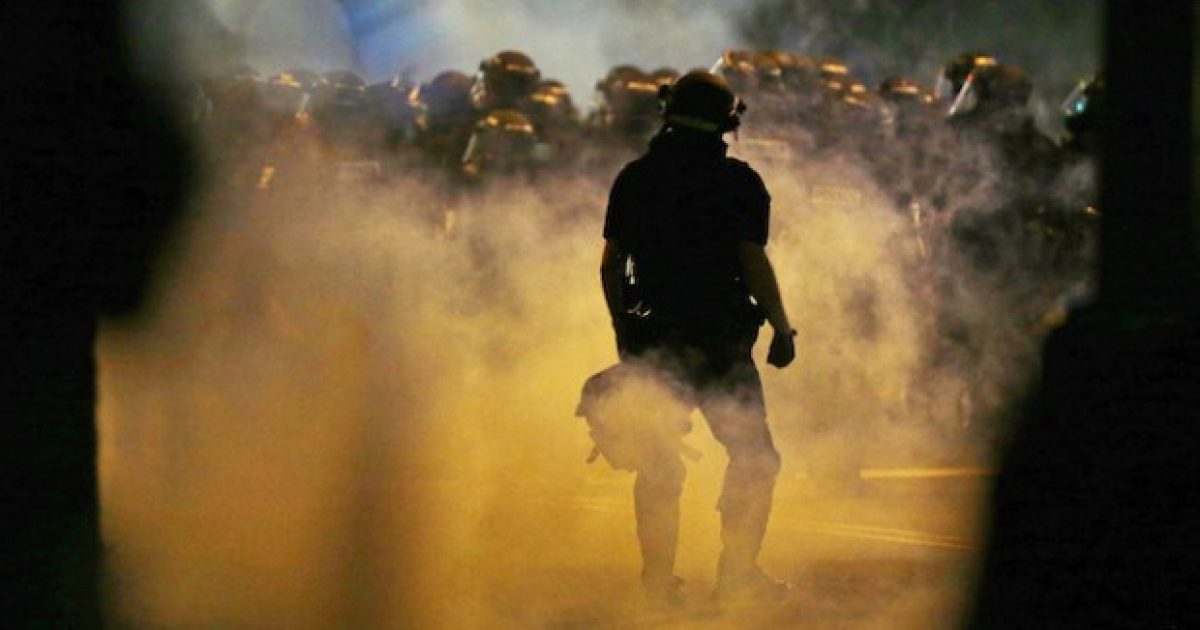 Another city in flames thanks to Blacks Lives Matter and their apologists. Have we had enough of this yet? I wonder how many more buildings need to be torched, businesses looted, and innocent bystanders and police officers attacked before we finally call this what it is: terrorism.

It’s absolutely sickening to me that the media still uses the word “protest” to describe the kind savagery and chaos we saw in Charlotte last night. They were doing all of the things we’ve come to expect — setting fired, robbing stores, assaulting random white people — and even employing some tactics that we haven’t seen. For instance, a group of thugs tried to throw an unconscious white reporter into a fire. THEY TRIED TO BURN SOMEONE ALIVE IN THE MIDDLE OF THE STREET. Sorry to yell, but I’m at my wit’s end. This is madness. And still the media calls it a “protest.”

Or maybe we should just start calling things what they are. These people are terrorists, plain and simple, and they should be treated as such: