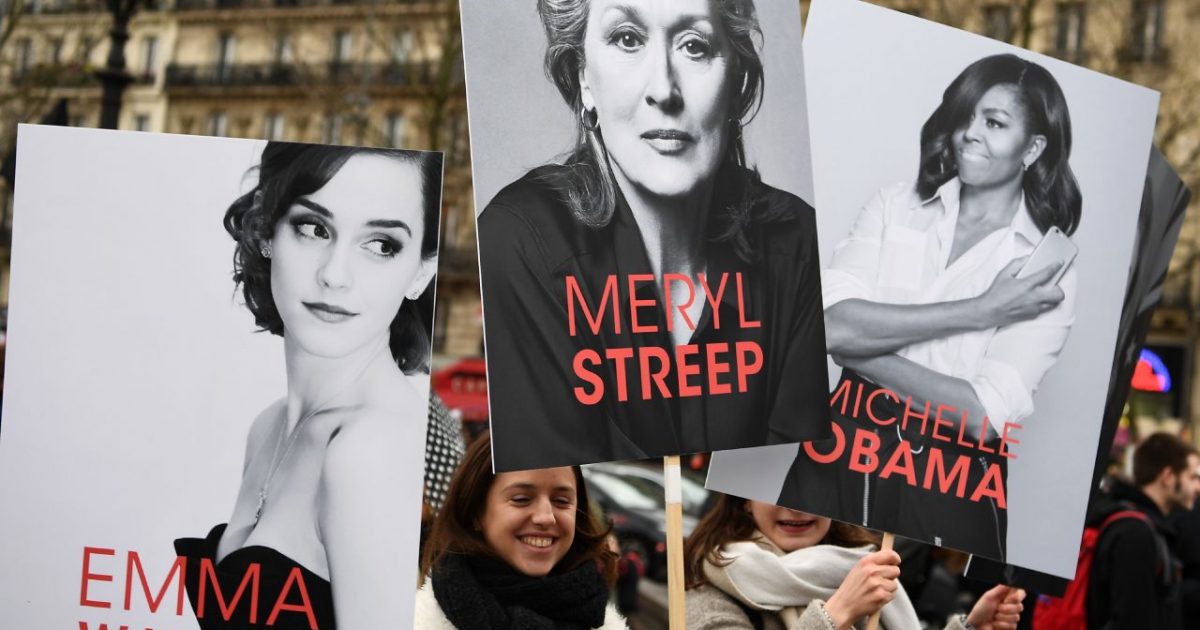 Today is the so-called “Day Without A Woman.” The idea is that women are supposed to abandon their jobs, their families and their household duties for the day in order to protest … something. As was the case with the Women’s March, most of the people involved in this demonstration aren’t exactly sure why they’re involved. From my conversations with the feminists who are either supporting or participating in this strike/boycott/whatever, it seems most of them imagine that they’re speaking out against some sort of “inequality.” When asked how, exactly, they’re unequal, they aren’t able to come up with any compelling examples. It’s more of a vague feeling, I guess. And now they’re protesting this vague feeling, and expecting their families, coworkers and employers to pick up the slack for the day.

The organizers of this protest do have a somewhat clearer idea about what they aim to accomplish, although their goals are disconnected and often not related to “women’s issues,” and it seems dubious that any of them can be accomplished by strapping on a vagina hat and calling out of work. The official “unity principals,” which serve as the foundation for today’s display, include abortion on demand, gay rights, open borders, and “environmental justice.” It’s clear, in other words, that this is not “a day without women,” but rather, more specifically, “a day for exclusively left wing feminist women to hold signs and chant slogans instead of doing anything useful.” But I guess that doesn’t roll off your tongue quite as well.

A few thoughts on today:

1. Serious, productive women have no time for this silliness.

I think it will prove a strategic mistake to associate the “Day Without A Woman” with such radical left wing doctrines, thus limiting the potential pool of participants to 22-year-old college girls and aging feminist Baby Boomers. Most of the women who actually, you know, do things in this country — raise families, work real jobs, etc. — are not in either category, therefore ensuring that life will continue on basically as normal for the most part. Now, if you could get the non-feminist mom demographic to go on strike, then you’d really be grinding the social engine to a halt. But the ladies who comprise that category are too busy to worry about these antics.

Days like today make me even more thankful for my wife, who grew up in a generation steeped in feminist mythology but rejected all of it with great enthusiasm. My wife can’t even say the word “feminist” without assuming the facial expression of someone who’s a moment away from vomiting. When I asked her last night what she was doing to commemorate “A Day Without a Woman,” she gave me a confused look (I think that was the first she’d even heard of it) and then told me she’d be bringing the kids to pre-school and then working on the store she runs in her spare time — while also being a stay-at-home mom to three kids under the age of 4 — and then she’ll pick them up three hours later, bring them home, feed them lunch, take care of them for the rest of the day, clean the house, etc. etc. etc. She’s far too much of a grown, mature, adult woman, and she has far too much going on in her life, to bother with these feminist stunts. And thank God for that.

My recommendation to any young man discerning marriage: ask your prospective bride how she feels about modern feminism. If she laughs at you, much as my wife would, you’ve got yourself a keeper. If she takes the opportunity to go on a 18-minute rant about the imaginary “gender wage gap” and the importance of “reproductive rights,” run away as fast as your feet will carry you. My friend, you just dodged a bullet. Praise Jesus.