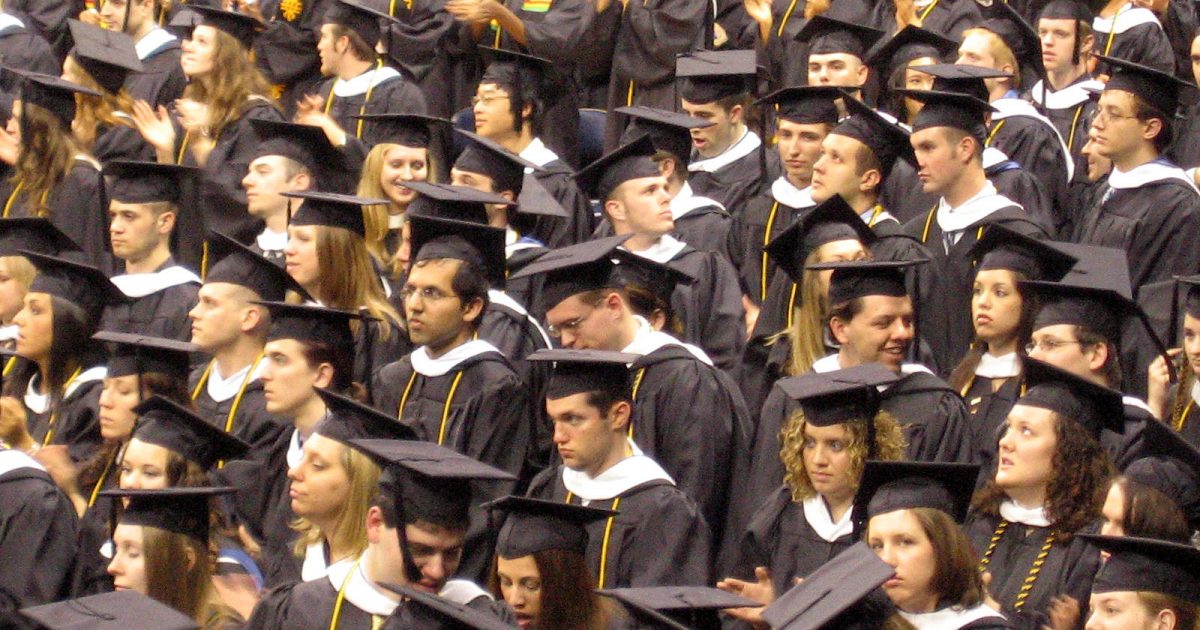 I remember when I first learned that I was destined to be a failure.

I think it was ninth grade, or maybe tenth, and I was sitting in afterschool detention. I’d been sentenced to hard time for being late to class, even though I had a valid excuse. See, I was only late because I hated school with a burning passion. I dreaded every class, every assignment, every test, every worksheet, every mound of busywork, every shallow and forced interaction with peers I couldn’t relate to or connect with or understand; every moment, every second, every part, every inch of every aspect of my public educational experience. I hated it. I hated all of it. I was suffocating.

It had been ten years of public school up to that point and it wasn’t getting better. It never would, and I knew it. I was able to hang on for a long time, managing adequate grades, even an ‘A’ here and there. I was “passing,” at the very least. But in high school that changed. I started failing and failing miserably. We’d take tests, I’d try my hardest, but often I’d still get zero answers correct. ZERO. Fifty questions — all wrong. It was humiliating. Eventually I earned a reputation. I was the kid who “didn’t care” and “didn’t assert himself.” I decided to go with that image — false though it was — because I’d rather be seen as the smart slacker than exposed as the moron who actually tried and still failed.

So there I was in detention. Stupid me. Lazy me. Disappointing me. The teacher assigned to guard duty tried to rope me into a conversation about “my future.” She asked me about my goals and what I wanted to do with my life. I knew I had no talents or abilities — I’d learned at least that much through ten years of school — but I thought about the one subject that actually came naturally to me: writing. I couldn’t pass a test about the rules of grammar or the parts of speech, but I could write. I didn’t know HOW to write, but I could do it. Other kids, even the smart kids, struggled to express themselves in written form. I didn’t. It was the only thing I could do. The ONLY thing.

That’s when she dropped the bombshell: “Well, that sounds like an amazing goal, Matt. Get those grades up and go to college for a degree in creative writing!”

I have to go to college to do the one thing I’m kind of halfway good at doing? I have to finish high school and then go through FOUR MORE YEARS OF THIS? Impossible. I’m not college material. I’m not even high school material.

And I have to get a DEGREE in CREATIVITY? Wait, WHAT? Your creativity comes from your own mind and your own heart — you can’t learn how to be creative. If I can write things, and people want to read the things that I write, shouldn’t I be able to market that ability, regardless of my college experience?

I was distraught. I figured I’d better get used to wearing a name tag and working a cash register.

I don’t think I ever mentioned my writing goal to anyone again.

That was about 13 years ago. I never got a writing degree, or any other type of degree. I never went to college. Now I’m the single wage earner supporting a family of four — by writing.

This is my story. There are millions just like it. Sadly, some of these tales follow a slightly different path. Many times, that kid who’s being choked to death by “formal education” will eventually get suckered into going to college. He’ll go, not because he needs to be there, nor because it’s the best thing for him, but just because. Because because, and that’s all.

So he’ll amass a gigantic debt, miss out on four or five years that could be spent honing his specific skillset, and end up exactly where he could have been, and would have been, without college. Only now he’s 28 thousand dollars in the hole and half a decade behind the curve.

Something has to change. Listen to me on this one. Something HAS to change. This can’t continue. It is not a sustainable model. There are millions of kids with no assets, no plans, and no purpose, taking out enormous loans to purchase a piece of paper they’ll likely never use. It can’t go on this way.

While student loan debt, already over a trillion dollars, continues to set new records every year, so too do college presidential salaries. They essentially dupe gullible young adults into purchasing 90 thousand dollar cars that will sit in the garage and never be driven, and they make out like bandits.

I hear plenty about the corrupt hucksters on Wall Street, why aren’t we talking about the wealthy con artists in academia who turn absurd profits by convincing broke kids to bankrupt themselves?

Obviously it ought to go without saying that some people do need college: doctors, lawyers, engineers, etc. Nobody disputes that. But the rest of us must radically rethink our attitudes towards “higher education.”

Total student debt has gone up by 275 percent in the last decade. How far will it climb, how many more kids will be thrown to the wolves, before we change direction? Since I was born, college tuition rates have gone up by 500 percent. FIVE HUNDRED PERCENT. Why do we send guys like Bernie Madoff to prison while the academic elite get away with gouging an entire generation to death?

This is madness. And there’s only one way to stop it: don’t go to college.

Don’t send your kids to college.

If they aren’t actively pursuing a career that fundamentally requires a college degree, don’t encourage them to go.

We set up an artificial construct whereby degrees were suddenly “needed” for things like business, sales, and even writing. This house of cards is beginning to tumble, as employers are realizing that, shockingly, they need people who can actually DO the job. They need talent — not paperwork. New college graduates are left unemployed because they often expect too much and offer too little.

And, all along, whatever society says, and whatever direction the schools push our kids, one fact has always remained: if you want to be successful at something, you must do it and do it well. That’s what I’ll tell my kids when they’re old enough. That’s what I’d like to tell all of my fellow young people. It’s not enough anymore, and I’m not sure it ever was enough, to simply follow the well-traveled roads, accumulate your grades and your degrees and then emerge into the world, waiting for wealth and prosperity to rain down upon you from heaven.

It’s that simple. Was it ever more complicated?

Yes, I suppose, but only because we made it so.

Now is the time to unmake it. A lot of kids aren’t college material. And they need to know what a wonderful thing that can be.

Judging from some of the comments, I think this needs to be said: I love learning. I learn new things every day. I read ferociously. I absorb information on a wide range of subjects. One can criticize college without criticizing the concept or act of learning. If you’ve been to college and you think that you can only learn inside the walls of a college, then I pity you. What have you been doing since you graduated? Not learning anything, I guess. Someone below made a snarky comment about how I must think that you can be a writer without reading older writers.

Yes, sir, because you have to go to college in order to pick up a book and read it.

Come on. Obviously I’m not anti-learning. In fact, I think formal education can stifle learning in some cases, for some people. We don’t all learn the same way. I, for one, learned more in my first three years out of school than I ever learned in school. That’s not the school’s fault, that’s just how I operate. And I’m not alone. That’s the point. That was the point of this whole thing. Thanks for reading.

PREVIOUS COLUMN
Parents are lazy, uninvolved, stupid, selfish, cowardly jerks. Except for me, of course.
NEXT COLUMN
Planned Parenthood: still a bigger liar than Wendy Davis