Spanking is a disciplinary measure, not child abuse. Get a grip, people. 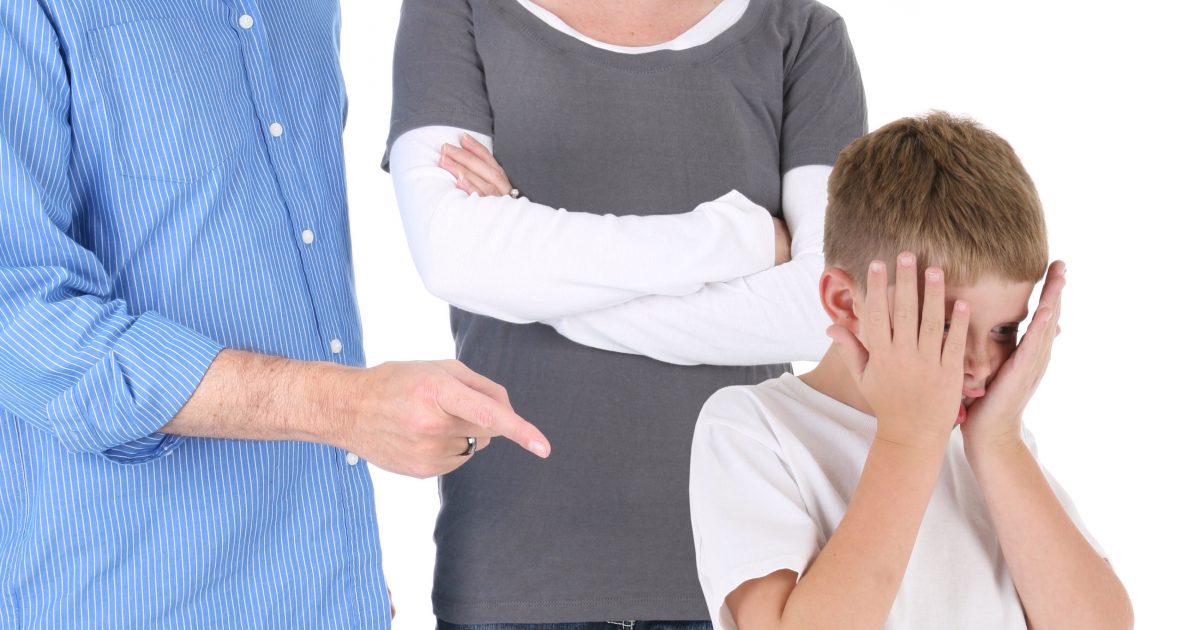 As I’m sure you’re aware, the topic of spanking has been widely discussed this week, after Adrian Peterson, running back for the Minnesota Vikings, was arrested and ultimately suspended for child abuse.

Prosecutors alleges that Peterson beat his four-year-old son with a tree branch. The football star reportedly thrashed his son so severely that it caused injuries to the child’s back, legs, ankle, scrotum, and buttocks, along with defensive wounds to his hands. The scars were visible days afterwards.

OK then. I have asked myself these questions, as instructed, but still I come back to the same answer: spanking is not abuse, and abuse, no matter what else you call it, is not spanking. The two things are completely separate and distinct.

Now, since everyone is adding their two cents, let me submit my own. I’m feeling pretty lazy today, so I’m going to resort to the trusty listicle format. Here is every thought I have about this subject, in no particular order:

The spanking = abuse formulation can only be understood if you erase from your mind any sense of nuance. But if we’re basing our conclusions on the “Y involves X so therefore all things that involve X are automatically identical to Y” calculation, then why don’t we apply it to other things parents do to their kids?

For example, in my household growing up, it wasn’t uncommon to hear my parents say, in a commanding and unequivocal tone, things like “Don’t interrupt me when I’m speaking” and “Watch your attitude.” In contrast, I knew kids who lived in homes where it wasn’t uncommon to hear the parents say, in a somewhat harsher tone, things like “Shut the f**k up” and “I can’t f**king stand you.” Both involve words spoken at an elevated volume, but one is clearly not abusive and the other clearly is. If we can do this math with verbal discipline, why do we act like it’s so difficult on the physical side?

Besides, to call spanking “violence” is intentionally misleading. Even deceitful. It prejudices the jury in the court of public opinion by using a term that Webster defines as “exertion of physical force so as to injure or abuse” to describe smacking a child’s posterior a few times. Spanking — as opposed to beating or assaulting — doesn’t injure and it isn’t intended to abuse.

So if you oppose violence against children, I agree. But if you oppose, on principle, the exertion of any physical force on a child, you’re going to have to explain WHY. And then you’re going to have to figure out a way to maintain that absolute principle while not precluding yourself from grabbing your kid before he runs into the street, or picking him up and carrying him out of the store when he’s having a tantrum, or forcing him to hold your hand when you cross the road. All of these things are physical exertions imposed on a child against his will. All of them, including spanking, are meant to help a child avoid harm, not cause it.

3) If your dad often became enraged and cursed while he whipped you mercilessly with a belt until you were bruised and bloody, marks all over your body and emotional scars that cut even deeper than the lacerations on your skin, I am sorry that you suffered such heinous abuse. But please understand that, although your dad may have called that “spanking,” it was not. It was assault. There is, I assure you, another version — the real one — where a parent acts in love. The discipline is measured and controlled. It’s administered to help correct a child’s behavior, not to hurt them or make them afraid. In this scenario, the parent calmly explains why it is happening and talks to the child about how she can correct her behavior in the future.

Spanking can be quick and effective. I hear people say that, rather than spank, parents should use time outs or take away privileges. But time outs don’t always make an impression on a kid, especially if he’s like I was (and still am) and can sit staring off into space for hours, entertaining himself in his own head. “Go sit in a corner and day dream for half an hour? No problem, Mom!”

Taking away privileges might get through to him, but after a while you’ve made him into a little mercenary. He only behaves because he wants his toys and his TV time, not because he respects you. Not to mention, this strategy requires you to first shower him with lots of useless junk so that you have things to hold hostage when you want to coerce him into acting properly.

See? Any form of discipline can be described in a way that makes it seem absurd. If spanking is violence then sending him to his room is imprisonment, removing privileges is blackmail, and telling him to do chores is slave labor.

4) Don’t take this post as evangelization for spanking. Frankly, I don’t care if you spank your kids or not, and I can’t tell you whether or not you ought to. It depends on YOUR kid and what works for YOUR family.

Maybe your child responds to corporal punishment, or maybe she doesn’t. Maybe the time out shtick works, or maybe taking away privileges, or maybe telling her to write “I will respect my parents and do as I’m told” 100 times on a piece of loose leaf will really do the trick. Maybe all of these things. Maybe none. I don’t know. It’s your call, but if you choose spanking as part of your disciplinary arsenal, you certainly won’t find any negative judgments coming from my direction.

5) One tip I’ll give to the anti-spanking advocates (and by that I mean people who think no parent should do it, not people who merely choose not to do it themselves): you will not convince anyone if you keep using the ridiculous “how can you tell your kids not to hit others if you spank them?” logic.

This is possibly one of the worst arguments ever formulated to defend any position, because, if applied consistently, it makes parenting virtually impossible. After all, your kid can’t force other people to do chores, he can’t send other people to their rooms, and he can’t impose time outs. I guess that means you can’t do any of that to him.

If your kid takes his friend’s toy, you’ll scold him and tell him to give it back. I guess that means you can’t takeaway his toys, either

If your kid bosses an adult around and tries to tell them what to do, hopefully you’ll inform him that his behavior is completely unacceptable. I guess that means you can’t tell him what to do, either.

If your kid says ‘no’ when you give instructions (which, by your philosophy, you really shouldn’t be doing in the first place), you’ll probably correct him. I guess that means you can’t ever say no to him, either.

Any halfway decent parent is constantly doing things that their children would not be allowed or able to do. Why? Because that’s how the parent-child relationship works. If it doesn’t work that way, you’ll end up with an insufferable brat who terrorizes everyone around him and feels entitled to act exactly as he pleases, because his parents never instilled in him even a modicum of discipline and obedience.

On second thought, I guess I understand why this argument is so prevalent nowadays.

6) I can’t resist pointing this out. It’s too blatant to ignore:

Anti-spanking is predominately a liberal position. So is pro-abortion.

Let’s look at this dichotomy for a moment. Often, a liberal will claim that parents should not spank — or even that they should be legally prohibited — because it equates to violence against a child. Meanwhile, they also believe that, in the name of women’s rights, a parent may pay to have their child dismembered, decapitated, or poisoned.

Think about that. Let it sink in. Meditate on it. Really reflect upon it.

We are living in a country inhabited by millions of people who think it immoral to swat a child’s butt for misbehaving, but moral to murder a child for existing.

Anti-spanking. Pro-abortion. This is lunacy. There is no other word to describe it.

7) I don’t know much about Adrian Peterson. I know he’s good at football. I know he allegedly abused at least one of his kids on at least one occasion. I also know that he has out-of-wedlock children by several different women.

If we are now in the business of criticizing Peterson’s life choices, I think that third point is probably the most urgent.

It’s important to speak out against physical abuse, but it’s also easy. There isn’t any political risk in condemning a man for hitting his wife or his kids. But abandonment and illegitimacy are prevalent across America — particularly in professional sports and particularly in the black community — yet we generally ignore it.

To speak out against the scourge of fatherless homes or the epidemic of out-of-wedlock births or the plague of divorce is to challenge people to excersise control and discipline in matters of love and sex. This is the one thing which, these days, you simply cannot do. In the end we get nowhere with our discussions about serious problems in the home. There are a few issues here and there that we are willing to address — and often address in the most theatrical and self-congratulatory ways possible — but the underlying sickness is not mentioned.

We are hypocrites. If we’re sincere about our concerns, we wouldn’t just say “don’t hit your spouse or your kid” and leave it at that. Instead, we’d start using words like love, fidelity, loyalty, and responsibility. We’d raise the bar higher and give people something real to shoot for.

This is the reason why progressivism has no solutions for anything. It can identify some things that people shouldn’t do, but at the bottom of everything, it has no idea what people should do. It knows that families shouldn’t be violent, sure, but it doesn’t understand that families first have to be families — single, solid, intact units, bound together by marriage and committed to one another in love and sacrifice.

If your anti-domestic abuse message isn’t rooted in a deep understanding of the nature and importance of family, your crusade will have little impact. It can only tell people what not to do, but it can’t tell them why they shouldn’t do it, or what they ought to be doing instead.

So spank your kids if that works for you. Don’t if it doesn’t. But no matter what, we must love them and stand by them, and keep our families together for their sake, for ours, and for God.

That’s most important thing that we can lesson from all of this.