If Republicans Let Obama Pick Scalia’s Replacement, I Will Leave The Party Forever 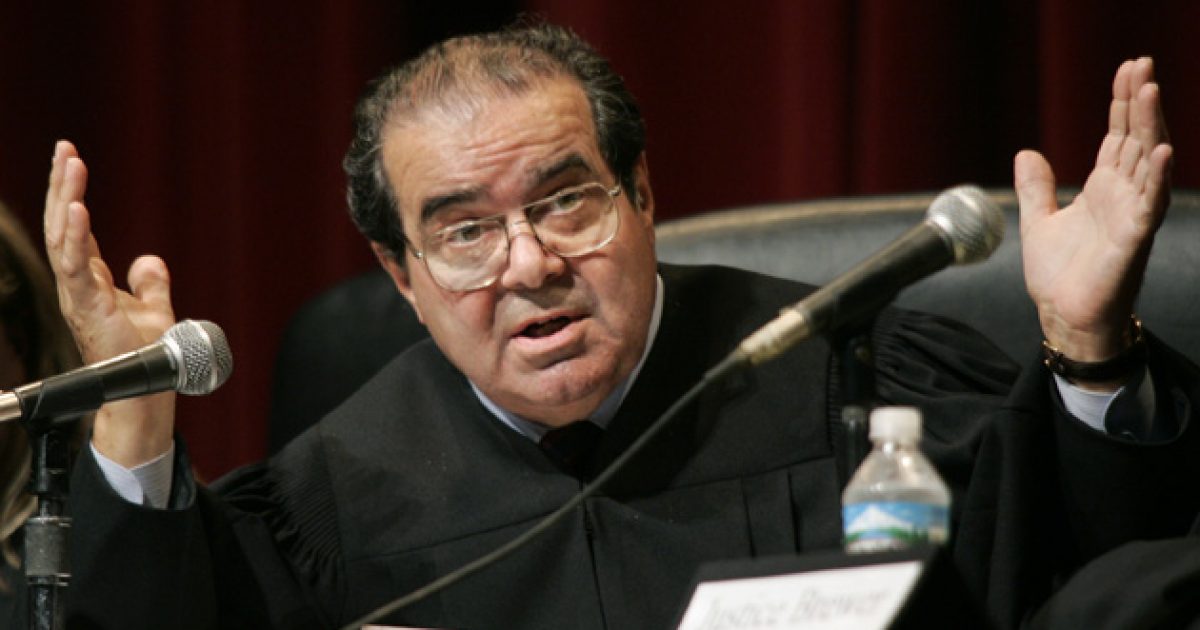 I have many things to say about some of the news surrounding the death of the great and brilliant Justice Antonin Scalia. I hope you’ll read and share this because I think we are witnessing the beginning moments of the most important political fight of our lifetime. If you are not paying attention, you should be.

I discuss three elements to this story in my post today. First, before we move on, I do not want to just breeze right over the fact that many, many, many liberals reacted in despicable, grotesque, subhumans ways when they first heard the news of Scalia’s passing. The internet was flooded with expressions of joy and jubilation from leftists of all types, famous media figures and regular folks alike. I know we may expect this kind of behavior, but that doesn’t excuse it or mitigate it.

Moreover, as I outline in the piece, it’s worth reflecting on WHY leftists hated the man so much. The why is really the worst part. They hated him BECAUSE he was decent, courageous, and right. It’s bad enough to hate in the first place, but to hate a man for being right is demented. Yet that is the case with liberals. They are driven by a hatred for truth.

The final two parts have to do with the political fight. Republicans must now spend almost a year blocking Obama’s Supreme Court picks. They MUST do this. There is no choice in the matter. If Obama is allowed to replace Scalia with a progressive — and he will only nominate progressives — the consequences will be catastrophic. A hard-left Supreme Court would spell the end of the Constitution and the Rule of Law in this nation, once and for all.

That means Republicans must hold the line and win this fight, no matter what. The cost does not matter. The fallout does not matter. All that matters is winning this battle. If they do anything less than win, I swear I will leave the Party forever. It will be a treason so unthinkable that I could never forget or forgive it. There is far too much at stake to fail now: