Robin Williams didn’t die from a disease, he died from his choice 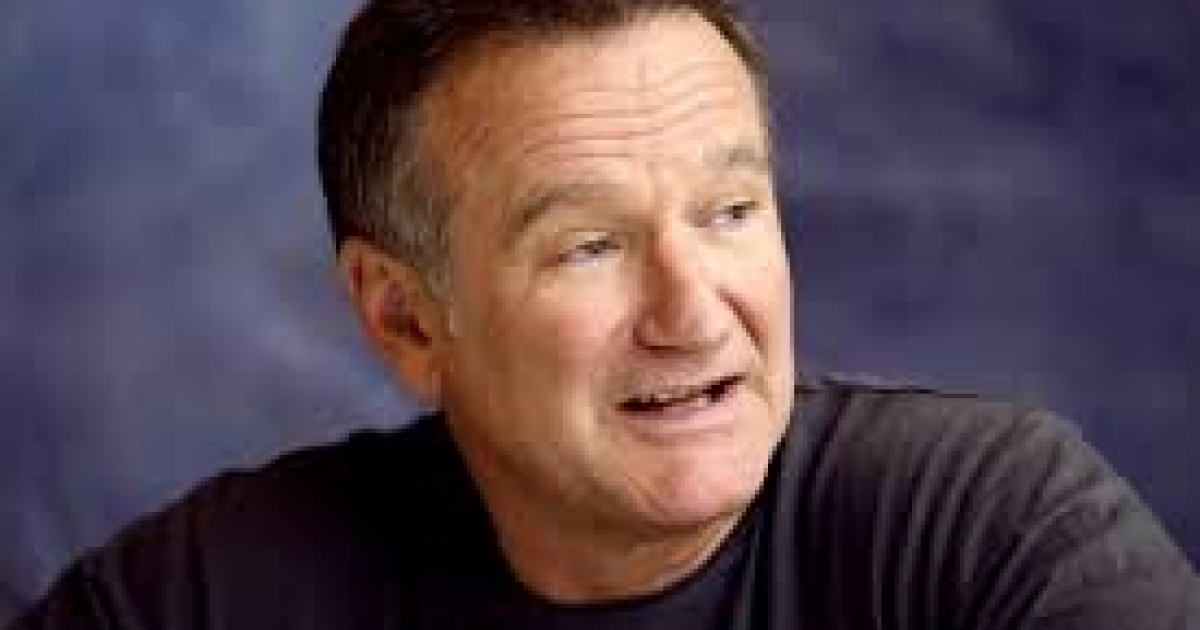 I’m not normally one to write a blog post about a dead celebrity, but then I suppose there is no such thing.

There are only living celebrities, not dead ones. In death, wealth and prestige decay and we are brought into a new reality, the only reality there is or ever was — one which, for much better or much worse, doesn’t care at all about our popularity or our money.

A terrible, monstrous atrocity. It disturbs me in a deep, visceral, indescribable way. Of course it disturbs most people, I would assume. Indeed, we should fear the day when we wake up and decide we aren’t disturbed by it anymore.

So I’m just like you, then, because I can’t stomach the thought of it. I’ve seen it in the neighborhoods where I’ve lived and the schools that I’ve attended. I’ve seen it in my family. I’ve known adults and kids who’ve done it. I’ve seen it on the news and read about it in books, but I can’t comprehend it. The complete, total, absolute rejection of life. The final refusal to see the worth in anything, or the beauty, or the reason, or the point, or the hope. The willingness to saddle your family with the pain and misery and anger that will now plague them for the rest of their lives.

It’s a tragic choice, truly, but it is a choice, and we have to remember that. Your suicide doesn’t happen to you; it doesn’t attack you like cancer or descend upon you like a tornado. It is a decision made by an individual. A bad decision. Always a bad decision.

And that’s why I felt compelled to say something here. There are important truths we can take from the suicide of a rich and powerful man, yet I’m worried that we are too afraid to tackle the subject, or too blind to tackle it with any depth, so we only perpetuate the problem. But worse than the glossing over of suicide is the fact that we seem to approach it with an attitude that nearly resembles admiration.

Take this well intentioned tweet from The Academy of Motion Pictures, for example:

This all might seem pleasant enough, but have we stopped to think how it looks and sounds to those who may be contemplating this heinous deed themselves? Can we tell our friend to step away from the ledge after we just spoke so glowingly of Robin Williams’ newfound “peace” and “freedom”? This is too important a subject to be careless about. We want to say nice things, I realize, but it isn’t nice to lie about suicide.

It is not freeing. In suicide you obliterate yourself and shackle your loved ones with guilt and grief. There is no freedom in it. There is no peace. How can I free myself by attempting to annihilate myself? How can I free something by destroying it? Chesterton said, “The man who kills a man, kills a man. The man who kills himself, kills all men; as far as he is concerned he wipes out the world.” Where is the freedom in that?

I understand the inclination to be positive, but there is nothing positive to say about it. The cloud is infinitely dark, and there is no silver lining around it. That’s another tragic element to the evil of suicide — it robs your family of the solaces they naturally seek when a loved one passes away.

Do you want to be uplifted? Then concentrate on this:

Happiness and contentment are not found in our talents, our money, our luxuries, or our reputations. If wealthy, brilliant, beloved people tell us anything when they murder themselves, it must be that.

We are all meant to lead joyful lives, and the key to unlocking our joy isn’t hidden under a pile of money and accolades.

Also, incidents like this give us an opportunity to talk about depression, and we certainly should.  Only we shouldn’t turn the subject into a purely cold, clinical matter. “Chemical imbalances,” people say. “A man is depressed because of his brain chemicals, and for no other reason.”

No, we are more than our brains and bigger than our bodies. Depression is a mental affliction, yes, but also spiritual. That isn’t to say that a depressed person is evil or weak, just that his depression is deeper and more profound than a simple matter of disproportioned brain chemicals. And before I’m accused of being someone who “doesn’t understand,” let me assure you that I have struggled with this my entire life.

We tend to look for the easiest answers. It makes us feel better to say that depression is only a disease and that there is no will and choice in suicide, as if a person who kills themselves is as much a victim as someone who succumbs to leukemia.

When we talk about depression we shouldn't pawn the whole thing off on "chemical imbalances." It's not just clinical. It's spiritual.

Within seconds I was inundated with angry  responses:

Umm- @MattWalshBlog you're kidding, right? This is a joke to piss people off? Please tell me you know what "depression" is.

@MattWalshBlog Are you a doctor? There are plenty of devout religious ppl plagued by depression. Maybe everyone should become a youth pastor

@MattWalshBlog @jaysigs yes, but there are chemical imbalances, brain disorders. Even if born again. The brain is affected by the fall.

No, of course not.

We are so trained to ignore differing perspectives that the minute a person opens his mouth with a view diverging from our own, we block out his words and fill in the blanks with some caricature we concocted in our heads.

I can understand atheists who insist that depression must only be a disease of the brain, as they believe that our entire being is contained by, and comprised of, our physical bodies. But I don’t understand how theists, who acknowledge the existence of the soul, think they can draw some clear line of distinction between the body and the soul, and declare unequivocally that depression is rooted in one but not the other. This is a radically materialist view now shared by millions of spiritualist people.

In any case, we can argue about this forever, but it would take me another 5 pages to do this subject justice. Instead, let’s concentrate on two points where, hopefully, there will be a consensus:

First, suicide does not claim anyone against their will. No matter how depressed you are, you never have to make that choice. That choice. Whether you call depression a disease or not, please don’t make the mistake of saying that someone who commits suicide “died from depression.” No, he died from his choice. He died by his own hand. Depression will not appear on the autopsy report, because it can’t kill you on its own. It needs you to pull the trigger, take the pills, or hang the rope. To act like death by suicide is exactly analogous to death by malaria or heart failure is to steal hope from the suicidal person. We think we are comforting him, but in fact we are convincing him that he is powerless. We are giving him a way out, an excuse. Sometimes that’s all he needs — the last straw.

Second, we can debate medication dosages and psychotherapy treatments, but, in the end, joy is the only thing that defeats depression. No depressed person in the history of the world has ever been in the depths of despair and at the heights of joy at the same time. The two cannot coexist. Joy is light, depression is darkness. When we are depressed, we have trouble seeing joy, or feeling it, or feeling worthy of it. I know that in my worst times, at my lowest points, it’s not that I don’t see the joy in creation, it’s just that I think myself too awful and sinful a man to share in it.

Life. Life exists, and we are made to live it.

“What good amid these, O me, O life? Answer. That you are here — that life exists.”

If you are thinking about suicide, don’t keep it inside. Tell someone.

Never give up the fight.

There is always hope.