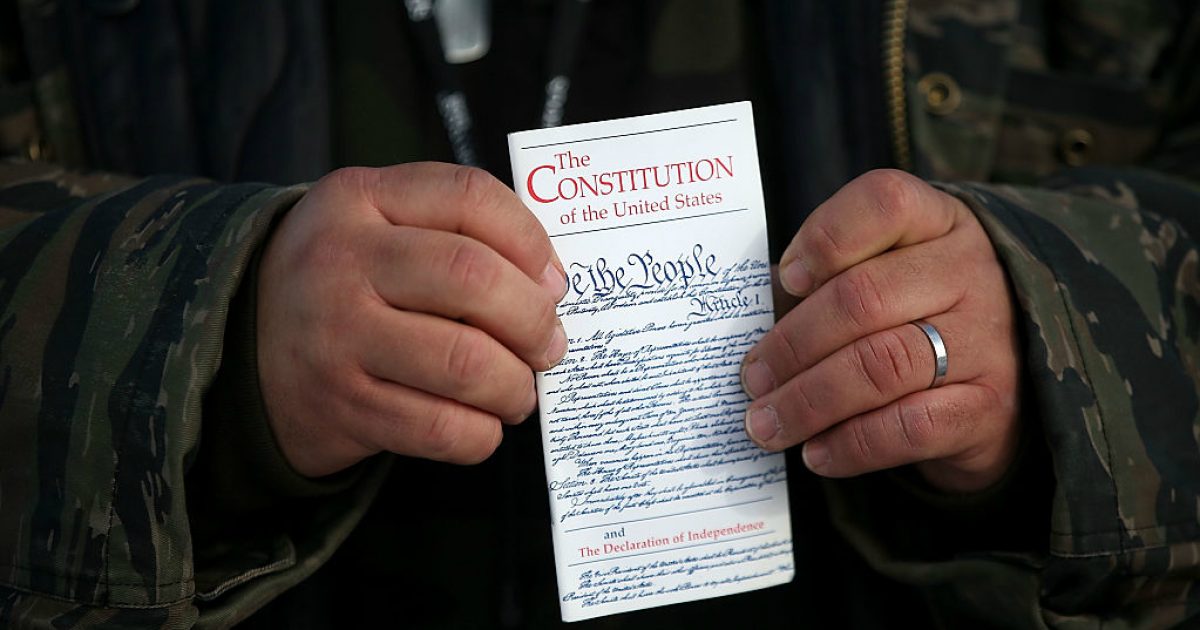 I can’t and won’t speculate as to why she went on The View this past Friday, suddenly reversed course on abortion, declared herself to be “pro-choice,” and basked in the patronizing applause from the liberal audience and the radical feminists at the table. All I know is that just a few months ago she was describing abortion as the “murder” of “babies,” but when given the spotlight on a mainstream network, she eagerly rattled off a series of inane, half-baked Planned Parenthood talking points, while Joy Behar nodded approvingly. Here’s what she said exactly:

“I’m pro-choice and here is why. I am a constitutional, you know, someone that loves the Constitution. I am someone that is for limited government, so I can’t sit here and be a hypocrite and say I’m for limited government but I think the government should decide what women do with their bodies. Stay out of my guns, and you can stay out of my body as well… And you know, I get a lot of attacks from conservative women as well. Equal hate from all sides for me.”

Tomi, who has repeatedly blasted liberals for believing that the unborn have no rights, has now decided that actually the unborn really don’t have any rights, and anyone who believes otherwise (anyone who believes as she professed to believe about 14 seconds ago) is a hypocrite and a hater. Again, I can’t explain this dramatic and troubling change of heart. As is always the case with these kinds of mysterious flip-flops, two theories emerge:

The cynical theory is that Tomi says whatever will earn applause in front of whatever audience she happens to be addressing in the moment. She was “pro-life” in her Facebook videos and Twitter posts because it was sure to garner retweets and shares, and she was “pro-choice” on The View because it was sure to please the crowd in attendance and attract favorable coverage from outlets like Cosmopolitan.

The slightly less cynical interpretation is that Tomi really changed her mind for some reason, and decided to have her pro-abortion coming out party on The View, of all places. But even if she did change her mind, the fact that she threw pro-lifers under the bus is extremely disappointing. And the fact that she followed up this betrayal by playing the victim on Twitter, again mocking pro-lifers as “the conservative police,” and explaining that she’s a “moderate conservative,” as if we were all supposed to have known that based on her videos where she constantly criticizes moderate conservatives for being moderate, is equally as disappointing.

It’s also profoundly damaging and counter productive for a self-appointed spokeswoman of conservatism to publicly turn against the most fundamental tenet of conservatism, and in the process denigrate the conservatives who still believe in that tenet. If she’s had a sincere pro-abortion conversion experience, she has a responsibility to the audience that made her famous to explain it to them directly and respectfully, not to announce it to the hens on The View while insulting the audience that put her there. On the other hand, if the conversion was not sincere, or if she was pro-abortion all along and only regurgitated pro-life slogans to manipulate her conservative audience, then that scene on The View was something considerably worse than merely disappointing.

I can’t guess as to which of these explanations applies, and I won’t try, but a lot of people will guess and they can’t be blamed for guessing. When you reverse course so drastically, refuse to offer an explanation, and then act with contempt towards the people who are asking for one, you invite them to come up with their own. That’s just the way these things go. Rather than participate in the conjecture, I reached out to Tomi personally and offered to come on her show to have a dialogue. I think it’s fair to say that I’m the most vocal pro-lifer here at TheBlaze, and Tomi, as far as I know, is the only pro-choicer, so it seems that a debate between the two of us could be constructive.

Now, all of that aside, what matters most about Tomi’s pro-abortion comments is that they’re just plain wrong. It’s the wrongness I want to focus on, primarily. I will launch no personal attacks against her. I would much rather discuss the wrongness of her ideas, and there’s quite a lot of wrongness to sort through:

She’s wrong, first of all, because there is absolutely nothing in the Constitution granting a woman the right to murder her child. There are, however, several amendments which affirm the right of all humans to be treated as human.

She’s wrong, second, because this has nothing to do with what a woman does with her body. This has to do with what a woman does with the body of her child. While the body of a child may be dependent on the body of its mother, that doesn’t make the child’s body the same as the mother’s body. In a similar way, a newborn baby may be dependent on his mother’s breast for sustenance, but that doesn’t mean he is his mother’s breast. I think science backs me up on this.

Speaking of responsibility, as I explain in my forthcoming book, parents have a special responsibility to their children. When you have kids, the list of things you can do dwindles while the list of things you must do expands significantly. This is what it means to be an adult. I am legally required to care for my children, even if caring for them represents an enormous strain on my body, bank account, nerves, time, energy, etc. If we cannot or will not fulfill this responsibility, we’re legally obliged to make other arrangements for the child. What we can’t do, after they’re born, is violently exterminate them because we suddenly decided that we’d prefer to be “autonomous” again. If the law prohibits such an atrocity after birth, it ought to prohibit it before. And if such a law after birth is not an infringement on the rights of the parents, then it cannot logically be considered an infringement before.

She’s wrong, fourth, because the real “hypocrites” are the so-called “conservatives” who believe that a child’s right to life is subordinate to a woman’s right to convenience. In fact, these “conservatives” are hypocrites in about 15 different ways. Allow me to list them:

Facebook Twitter Reddit Pinterest
PREVIOUS COLUMN
You Don’t Get to Lecture about ‘Christian Values’ While You Support Killing Babies
NEXT COLUMN
Leftists, Why Not Have a Little Compassion for Your Fellow Citizens for a Change?