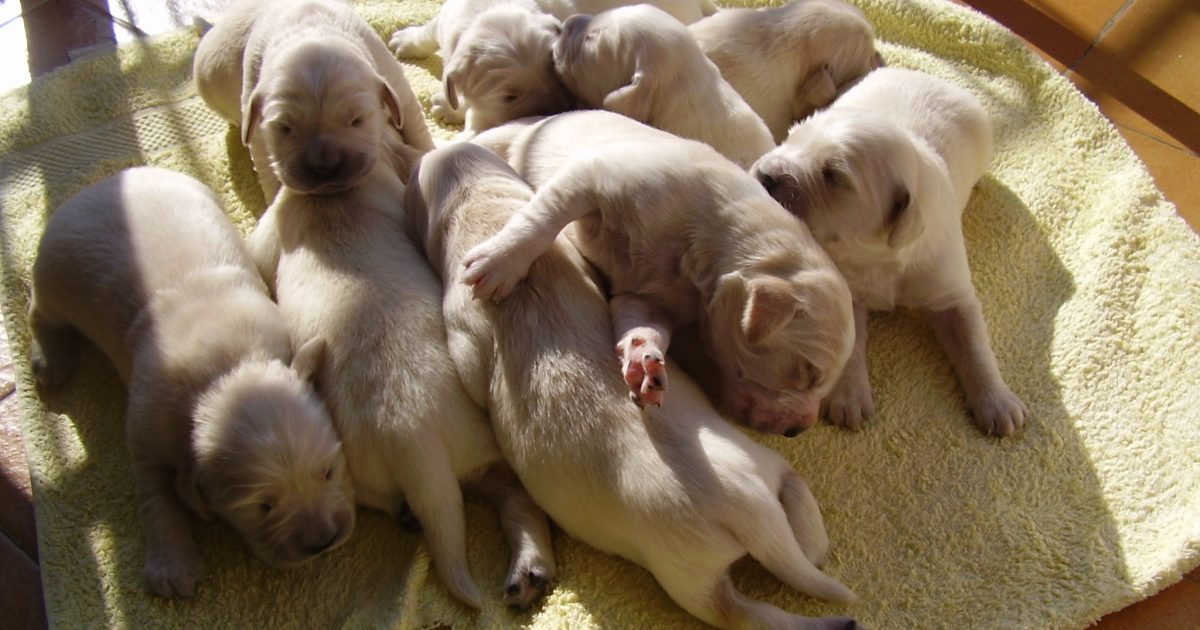 One of the advantages of being pro-life is that I get to be upset about things like this.

Social media is on fire this week with the story of an Idaho police officer who shot and killed a man’s service dog — during his son’s birthday party, no less. Apparently, the cop showed up at the house after neighbors complained about unleashed dogs roaming about.

Officer Hassani, by my count, made the decision to execute the pup within 35 seconds of arriving on the scene. He claims the dog “lunged” at him, but no such lunging can be seen on the dashcam video.

What we do know is this:

Officer Friendly made no attempt to subdue the dog using non-lethal methods. He just kicked it and then, a few seconds later, put it down. Apologists will quickly note that the owner is at fault for failing to restrain his animals. They’ll also make the rather unnecessary observation that “we weren’t there,” so we can’t “really know what happened.”

Fine. But cops seem to be gunning down dogs on a whim these days. A few months ago a wolf dog was shot while safely contained in his owner’s fenced backyard. A police officer happened to run through the property in pursuit of an unrelated suspect. The dog reacted like dogs often react when you trespass into its territory, and the police officer responded by firing at it.

Again, no attempt to use anything less than fatal firepower against the helpless, unfortunate thing.

These sorts of incidents leave people wondering whether it’s really necessary, proper, or just to give police carte blanche to euthanize our household pets.

Postal workers tend to encounter their fair share of hostile animals, yet they aren’t authorized to go all Terminator just because Sparky growls at them.

In any case, the popular outrage over cop-on-dog violence has reached a fevered pitch, which brings us to the point. Wherever you stand on these acts of alleged or actual “animal cruelty,” one thing is for certain:

You cannot be upset about the killing of animals if you are not firmly disgusted by the murder of innocent human life.

Well, you can, but not with any sense of reason or coherence. You cannot, as a sane adult, find animal killing to be morally offensive but abortion to be morally neutral.

Sure, many of the folks infuriated by the dog shootings (I’m one of them) might also be firmly against the extermination of unborn humans. But, statistically, a good portion of the anti-animal abuse crusaders are likely not — when it comes to homo sapiens — pro-life.

That’s probably why, in any particular 24 hour span, you’re more likely to see media reports about tragic canine killings than the tragic homicide of the over 100 thousand babies that were aborted worldwide — that day.

That’s right: in the last 30 years, well over a billion babies have been slaughtered across the globe. A billion.

There is something deeply, deeply confused and disordered about a society that gets more worked up about a dead mutt than a billion murdered kids.

This is a symptom of a culture that has lost both its soul and its mind.

In the days of slavery, a horse was granted a higher legal status than an African slave. Abortion has returned us to a similar dynamic, only we haven’t dehumanized a race or ethnicity — we’ve dehumanized an entire stage of life.

So, rather than shake my head over this sorry state of affairs, I’m going to attempt to explain why one cannot reasonably take a position of pro-animal rights AND pro-“choice.”

It’s really very simple. The whole issue comes down to a question of intrinsic value.

Herein lies the disconnect. “Pro-choicers” will argue their case by tossing out a parade of “what ifs” and “what about whens.” They bring up rape and incest. They talk about extraordinarily rare “life of the mother” situations. They betray one of the soundest logical rules of all time: you don’t argue principles based on hard cases. But they do this because they don’t understand — or are unwilling to understand — the actual argument that the other side is making.

As to that argument, we here on the other side have taken the position that human life — at every stage of development, no matter how vulnerable or small or hidden from view — possesses an intrinsic value. That is to say, human life bears a certain significance that, by definition, cannot be hinged on circumstance.

If human life has an intrinsic value, then it must possess that value in all situations and through all stages, otherwise the value is not intrinsic — it is earned, acquired, and conditional.

We pro-lifers do not believe that the value of human life rests on its condition or its external setting. We believe this BECAUSE we believe it to be intrinsically valuable. This is not just essential to the abortion question; it might be said that all of Western moral and legal thought hinges on this very notion.

Intrinsic: belonging to a thing by its very nature.

This is why we oppose abortion. It destroys innocent human life.

“But what about when…”

But nothing. These buts do not negate the value of the life in question.

You can throw out the rarest, most tragic, most gut wrenching scenarios you like and it will not change the answer because it does not change the question.

Again, the question: does human life have intrinsic value?

Our answer is “yes,” and so it must always be yes.

In the face of this, the “pro-choicers” have only a few arguments available to them:

**Note: mindless phrases such as “I don’t want the government in my womb!” and “Don’t like abortion? Don’t get one” do not constitute “arguments.” They are assertions; clichéd, overused, absurd assertions at that.**

-They can consent that abortion is morally wrong, but argue that it ought to be legal anyway. But then we must ask them why they think it’s wrong. If the unborn human is not human, or if it is human yet has no value, then there is nothing at all wrong with terminating it. So if they are calling it “wrong,” then they must be agreeing that the unborn human is human and it has value. But if a human has value — value enough that destroying it at an early stage would be “wrong” — then the value must be intrinsic, which means this human has the same value as any other human, which means abortion is murder in the same way that it would be murder for me to come to your home and shoot you in the doorway. Therefore, the pro-choicer who calls abortion wrong yet argues for its legalization has knowingly argued for the legalization of murder. Therefore, he is either a radical anarchist or a hypocrite, and cannot be taken seriously in a conversation of this sort.

-They can argue that the unborn child is not human. But if it is not human then it must either be: 1) nothing or 2) inanimate matter or 3) an extension of the mother’s body or 4) some other species. Now, we know that it is something, otherwise we wouldn’t be having this discussion. We know that it is not inanimate matter, as the rapid (or gradual) transformation of non-life to life is a scientific impossibility. We know that it is not an extension of the mother’s body, as we are all humans, not mythological beasts, so we do not possess the capability to sprout limbs which have their own DNA and genetic makeup. We also know that it is not some other species, because that’s just insane. Therefore, the “pro-choicers” in this argument have posited something that is provably, demonstrably, violently, loudly, obnoxiously false.

-They can argue that the child is human but it does not possess the same value as born humans. But this carries with it the horrible implication that the dignity and value of human life is acquired, developed, and conditional. Now they have turned human beings into stock market commodities. Our worth fluctuates with market demands. And, if our life is tied to our development, then what about humans that are born underdeveloped? What about humans with birth defects, genetic abnormalities, and brain damage? The “pro-choicer” may wish to hide from the obvious and unavoidable consequences of her own ideology, but that does not change the fact that disabled and “defected” humans ARE less valuable IF our value hinges on our physical development. And at what point in the acquisition of value do we reach our peak? 18? 27? 32? And, because we’ve turned human value into a subjective and conditional matter, who are we to argue against the despots and tyrants of history who’ve slaughtered millions using the logic that their victims are “less human” than the favored class? Further, if our value suffers in proportion to our reliance on another human (our mother) for survival, then it stands to reason that newborns and the elderly are just as, or at least almost as, expendable as unborn humans. Therefore, the “pro-choicer” in this category either doesn’t understand what they are saying, or they have explicitly aligned themselves with the insidious philosophy that has fueled every genocide and man-caused mass travesty since the beginning of time. Arguing morals with them is a fool’s errand, as they possess the moral compass of lunatics and mass murderers.

-So, if the “pro-choicer” is not confused, or a hypocrite, or an anarchist, or a sympathizer of tyrants, or a semi-illiterate with zero understanding of basic scientific laws, then only one argument is left for him: he can argue that human life has no objective value at all, at any stage. But if human life — the highest form of life in the known universe — has no value, then life in general must have no value.

Therefore, there is nothing fundamentally wrong with the murder of dogs, even at their fuzzy puppy stage.

(Leaving open the possibility that the value of life is tied to cuteness and cuddliness, but this would make babies the most valuable humans of all, so the pro-aborts still lose. It would also mean open season on poodles.)

There you have it, “pro-choicers.” You are either for abortion or against puppy killing. You cannot be both.

Facebook Twitter Reddit Pinterest
PREVIOUS COLUMN
Your 5 year old failed a standardized test. Therefore, he is stupid, insane, and doomed to a life of failure.
NEXT COLUMN
The two steps to getting 30 million hits on your blog