Motherhood isn’t tougher than fatherhood, but maybe we should all stop competing 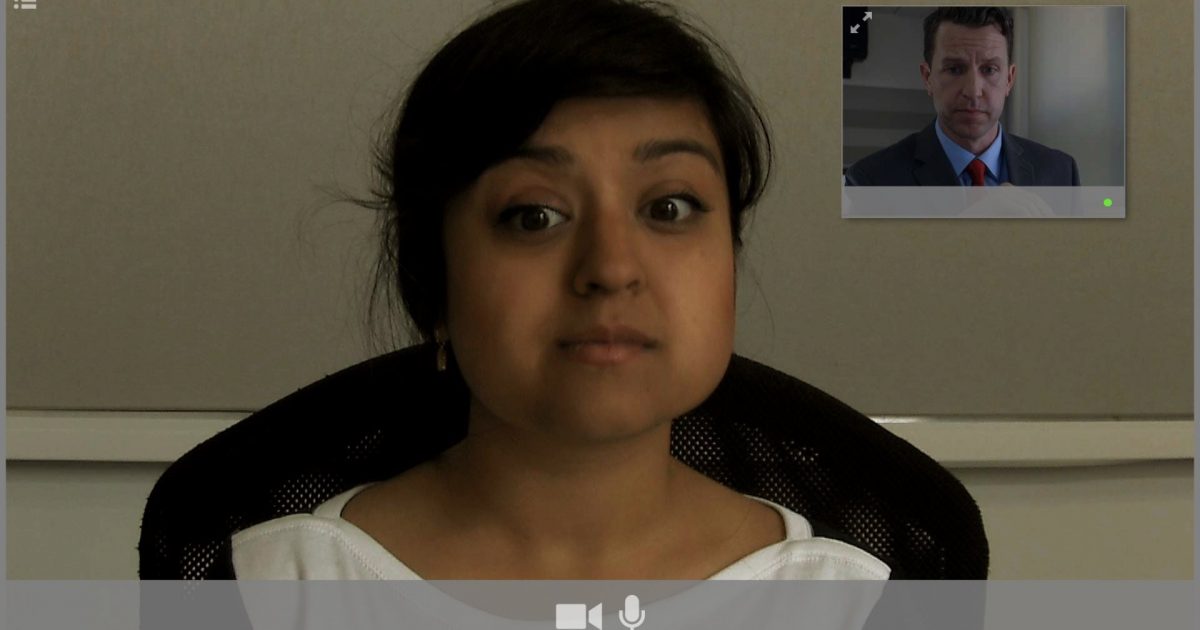 I have to admit upfront that I have developed an immunity to ‘tearjerker’ viral ads. You see, I fell into a vat of Hallmark Cards and maple syrup when I was a child, and emerged from that scarring incident completely impervious to the sugary, contrived sentimentality of clever marketing campaigns.

I’m constantly greeted by people posting videos on Facebook, promising that, if I just watch to the end, I’ll ‘be a wreck’ because it’s the ‘saddest/sweetest thing’ I’ll have ‘EVER seen, EVER.’  Usually I skim right past, but sometimes I’ll click the link like the sucker that I am, and yet again confirm that I am incapable of shedding a tear over a commercial for sponges or minivans.

All of this emoting also damages everyone’s credibility. Honestly, I don’t know how to take someone who posts a status about how they just returned from a funeral and it was the saddest experience of their life, when I saw them write the same thing about a dish detergent advertisement three days ago.

In any event, I am in the minority, so the emotional manipulation will continue. Here’s the latest example: a greeting card company posted a fake job listing online. They then ‘interviewed’ several candidates for what they billed as ‘the toughest job in the world.’ The blogs that reposted the video promised a ‘surprise’ ending, but I guessed the surprise within 3 seconds of hitting play: the ‘toughest job in the world’ is motherhood, and these unemployed applicants, while not in line for any actual paying gig, were offered a great lesson about the importance of moms.

Never mind the cruelty of tricking desperate job seekers (so desperate that they apparently applied for a job that sounds like indentured servitude) into thinking that they were in line for a position, only to pull the rug out, all in the name of ‘sending a message’ —  and without even offering a useful parting gift, like a gas card or a can of beans or something.

Also never mind how the fake interviewer and the fake listing describe this position:

-Must be willing to stand “ALL of the time.”

-Can’t eat, except when your ‘associate’ (your child, get it?) says you can.

I have twins. I’m a parent. Parenting is hard, my wife would agree. But we aren’t up and going 20 HOURS A DAY EVERY WEEK, ALL YEAR. Come on, already. We sleep. We both sleep. We have time to ourselves. We watched a movie last Friday. This past weekend, we had a cookout, twice. We had fun. You know what? The kids ADDED to the fun. We actually like having them around, if you can believe it. Parenting isn’t quite the miserable slog that some parents love to paint it.

I used to work two jobs — overnights at a radio station and evenings at a fast food place — I got much less sleep in those days than I do now. Even more recently, I’d get up at 330 AM and get to work at 4 AM. I was more tired then, much more tired.

Standing “all of the time”? NO rest at all? NO sleep at all? Who are we supposed to be parenting here? A chimpanzee on speed? If parenting literally required you to be up and going all the time, every day, with no breaks, little food, and no sleep — you’d be dead. Every parent in the world would be dead. What you’re describing here are the conditions of a North Korean prison camp, not a home in the American suburbs.

Not to mention, if your children dictate your schedule to that extent, you’re doing something wrong. Oh, they can be demanding, for sure. But my mother had six kids and I’m pretty sure she still ate on occasion. She also had time alone with my dad. They were organized. They knew how to put us in our place and prevent us from completely commandeering the household.

OK, now put the ad aside, never mind the ad. It’s only relevant in so far as it reveals a troubling attitude; an attitude that makes these sorts of commercials so effective; an attitude that portrays parenting as the most torturous endeavor anyone could possibly attempt.

I’m all for being real with people, but all we accomplish is making otherwise fine young men and women utterly petrified of starting a family. They constantly hear that you’ll never sleep, your life is over, and you’ll never have fun again, unless you learn to define ‘fun’ as ‘poopy diapers and bankruptcy.’ And then we wonder why birthrates are plummeting?

But worse even than the weird ‘competitive suffering’ pastime that is both uniquely American and very prevalent in (though by no means exclusive to) parenting circles, is the increasingly noticeable habit of diminishing the role of fatherhood in all of this.

It’s no secret that pop culture and advertisers have long taken to portraying men, and especially husbands and fathers, as bumbling nincompoops, incapable of changing a diaper or microwaving a bag of popcorn without burning the house down. The real trouble is that, I think, many people endorse this kind of message unintentionally.

Remember, the greeting card ad declared MOTHERHOOD to be the ‘toughest job,’ even though it described (with great hyperbole) the duties of parents in general. Yes, it’s a Mother’s Day commercial, but we all know that not a single company would ever conceive of making a Father’s Day commercial proclaiming specifically fatherhood to be ‘the toughest job’ in the world, and if they did, many of the folks who loved this ad would hate that one.

It’s not like calling motherhood THE toughest job in the world only vaguely insinuates that it’s tougher than fatherhood — it screams it. So, when I noticed all of these married women reposting the ad, and accompanying it with their own caption, reiterating that their job is THE toughest, I couldn’t help but wonder how their husbands factor into that equation.

I’m not out to say that being a dad is ‘harder’ than being a mom. I’m saying that they are different, and ingrained in those differences are challenges and hardships that the other could only faintly understand. I say faintly because much of what makes a thing hard — especially an enormous, all encompassing thing like parenting — rests on how you, the individual, processes it. Hard, when it comes to mothering and fathering, is less a matter of physical exhaustion, and more a matter of the emotional, mental, and spiritual weight that comes with such a profound and serious responsibility.

If I were to say that my ‘job as a parent’ is ‘harder’ than my wife’s, I would be claiming to carry a heavier burden on my heart and in my head. But how dare I say such a thing? How would I have the right? How could a statement like that have any chance of helping a marriage at all? What is it designed to do, other than hoist guilt and inferiority onto your spouse?

I would never say it, and I would never think it. My wife, I’m certain, wouldn’t either. She has verbalized that she knows it can’t be easy to shoulder the responsibility of providing for a family. And I have told her that I know it isn’t easy to be so constantly immersed in the daily task of caring for two young children.

And we both know that our greatest task as parents — above educating our children, above feeding them, above changing their diapers, above clothing them, even above keeping them safe — is to help them become virtuous, and to bring them closer to God.

This is my task. This is my wife’s task. This is why it’s important for a child to have both a mother and a father, and why those roles are meaningful. It’s got nothing to do with who vacuums the carpet or who makes dinner, it has everything to do with the unique ways in which a woman and a man can demonstrate virtue, and in demonstrating it, instill it. Any parent — mom or dad, but hopefully both — who takes this on, has taken on a tough job. In some ways, yes, perhaps the toughest. Certainly not more physically demanding than working in a coal mine, and definitely not nearly as dangerous as being a Marine Corps sniper in Afghanistan, and not more exhausting than being a surgeon or even a waitress working a double on a Friday night, and not more troubling than being a mortician or a forensics expert.

But, save the religious life, there’s only one job where you are directly responsible for the state of another human being’s soul — parenting. For that reason, and ONLY that reason, parenting has a claim to the ‘toughest’ title. But, really, there is no title. And anyone worried about it probably needs help being virtuous themselves.

Of course, some women are single moms, and all of this really does land at their feet. But some men are single fathers, or fathers in marriages with women who act in ways that would earn men the title of ‘deadbeat dads.’ We can’t say that about women, only men, but that doesn’t mean the behavior that earns the label is somehow gender specific.

One day maybe we’ll realize that parenting is designed, biologically, physically, and spiritually, to be work — not a job at all, really — that is best accomplished through the harmony of husband and wife. When we elevate one above the other, or dismiss the role of one for the sake of the other, we bring chaos into that natural harmony.

But, then again, this is all a message that won’t necessarily help anyone sell greeting cards or hand soap, so what’s the point?

Facebook Twitter Reddit Pinterest
PREVIOUS COLUMN
Three things that all of you serfs and peasants shouldn’t say on Tax Day
NEXT COLUMN
If there is a competition over who’s busiest and most important, I lose. Here is my concession speech.