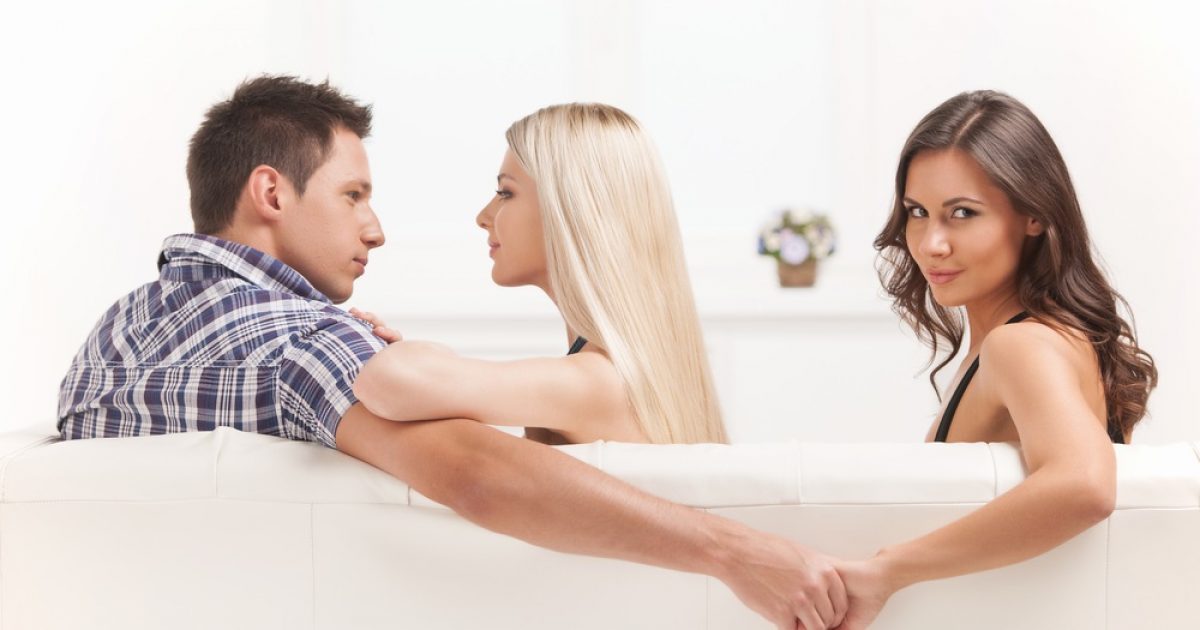 Monogamous marriages are unnatural. On this, I agree with the emailer below.

Now, behold these enlightening thoughts that I found in my inbox this morning:

I am a college professor, author, and researcher. It was obvious to me before you ever stated it that you are a man of little education and limited intelligence. Still, I commend your newfound fame and congratulate you on the enormous amounts of money you must be making.

…You have become a hot topic in some of my classes and this very much worries me. It wasn’t until your name came up for a fifth time that I decided to investigate you. Your prose are rife with fallacies and Neanderthalic musings, so I could easily disembowel and discredit any part of it. But I’d like to concentrate on what seems to be your most common themes: heterocentricism and monogamism. Whether you’re writing about marriage, “stay at home moms,” abstinence, or any other “issue of the family,” you seem to think that there is only *one* way and only *one* sort of family.

The truth that either escapes you or frightens you too much to acknowledge is that the “monogamous heterosexual relationship” is a largely unattainable (and undesirable) myth. Sexual unions between humans are not meant to be permanent. As we evolve, so does our understanding of these truths. Monogamy is not simply unrealistic; it is unnatural. You do not find it often in the animal kingdom, and where you do it is generally born of an evolutionary necessity. The necessity of monogamy among humankind has evaporated. This is particularly true of men, who are simply not biologically fitted for the “one woman” life.

You could use your platform for good but instead you use it to make those in open and poly relationships feel subhuman. Beyond the latent racism and sexism in your writings, it is your constant reinforcement of archaic relationship models that really does the profoundest of damage. Before you jump to any conclusions allow me to tell you this: I am married. I’ve been married for 15 years and my wife and I both sleep with other people. We are honest about this, which makes our open relationship more healthy than “monogamous” relationships built on lies.

Judge my choices if you like, but when you inevitably cheat on your wife, and then continue to sermonize about the sacredness of monogamous unions, I will return the favor.

I don’t expect you to use this email as you seem to only respond to imbeciles and easy targets.

And here is what I wrote back to him:

It will be a challenge to type this response to you, sir, while I tremble in the blinding light of your godlike intellect. Do you begin all of your lectures by reciting your resume and viciously cutting down your audience? If so, I can only hope that you don’t teach a communications class. But if you do, then I can tell you that I receive at least 20 emails a day from people who must be your students. They’ve taken your strategy to heart. You should be proud.

In any case, I will attempt to make a rebuttal, but I will first offer the disclaimer that I am not nearly smart enough to use phrases like “archaic relationship models” and “your prose are rife with Neanderthalic musings.” I also lack the power to magically create liberal buzzwords like ‘monogamism’ out of thin air. No, my dear Professor, I am a humble man and I can only write in plain language, using words that, you know, exist.

Now, with my idiocy and your cerebral supremacy well established, let us commence with the discussion.

Monogamy is ‘unnatural,’ says the Professor. And he says this as a married man — or “married” man, I suppose. A married person who doesn’t believe in monogamy seems an awful lot like a Satanist in a church choir, or an existential nihilist performing lifesaving heart surgery. There’s a bit of a philosophical conflict of interest at work, wouldn’t you agree? In fact, I wouldn’t even bother to address such absurdity if it wasn’t becoming so widespread. What you people — you socially progressive academics — have realized is that you can not launch a salient attack against the ideals behind marriage, or abstinence for that matter, so instead you’ve decided to make the bizarre case that these things are somehow mythological. The more you say it, the more people believe it, and the more they believe it the more true it becomes. It’s a clever trick. You’ve succeeded, at least partially, in shouting at a reality until it disappears.

But there is SOME truth in what you say.

Monogamy is not natural. You’re right about that.

It’s above our nature. It might not be realistic. Space flight isn’t realistic, either. If I wanted to be natural, I could live in a hole like a rodent, eat insects, and scamper from one mate to the next, until, after a life of nothingness, I die alone in the cold darkness, decomposing into the dirt without anyone ever noticing. That would be natural. It’s probably pretty realistic, too. So it is fortunate that I am a human being and I am given the chance to transcend the existence of a rat or a lizard. I have the opportunity to experience supernatural things like love, and sacrifice, and commitment.

You say that men are especially ill-suited for monogamy. We are not “biologically fitted” for it. What does that mean, Professor? Do you go about your day and, before deciding on any particular course of action, ask yourself if it is something you are biologically fitted to do? I would say we are biologically fitted to be rational beings. And, as rational beings, we are capable of attaining higher things. Monogamy and loyalty are higher things. But are they more difficult for men? I can’t fathom why that should be the case.

I have found a woman who will be with me until I die, even while my hair falls out and my skin shrivels and wrinkles, even when I stumble, even when I fail, even through the doldrums of daily existence, through bills and dirty diapers, through all things — joyous or miserable, pleasing or painful — through every day until death comes. Why should it be hard for me to simply refrain from tossing such a gift into the garbage?

It’s hard for men to be monogamous? What a cowardly, pitiful statement. Also, how incredibly obtuse. It ought to be easy for us. Especially for us.

If you won 600 million dollars in the lottery, would you go out the next day and break into cars to steal the change from the cup holders? That’s what sleeping around is like when you’ve already found a woman who will pledge her life and her entire being to you for the remainder of her existence.

You tell me that you are in an “open marriage.” I will probably be lambasted for “judging” you for it, but, sorry Professor, an “open marriage” makes about as much sense as a plane without wings or a boat that doesn’t float. Marriages, by definition, are supposed to be closed. Actually, I’m getting rather tired of people like you trying to hijack the institution, strip it of its beauty and purpose, and convert it into some shallow little thing that suits your vices.

If you aren’t strong enough to stay committed to one person, that’s your business. Walk down that path of loneliness and confusion, but you can’t drag the entire institution of marriage along with you. Personally, I like circles but I hate squares. Can I subvert the laws of geometry and suddenly decide that all squares shall henceforth be circles? No, because geometry is geometry, despite my strange square-hating quirks. Similarly, marriage is marriage, no matter how many college professors insist otherwise.

All that said, I must agree with one of your assertions: I only respond to imbeciles.