Men and women are not equal 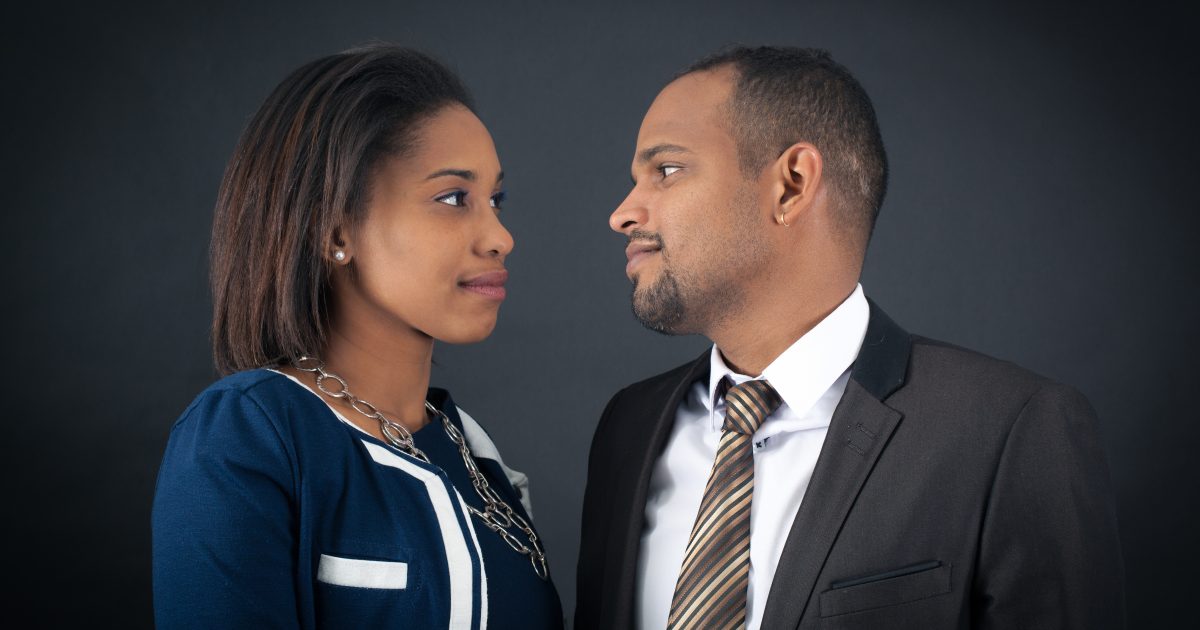 A few days ago I wrote a blog entry — a “letter to my son” — where I encouraged men to respect women and pursue healthy, monogamous relationships. Apparently, that’s what passes for “controversial” and “divisive” nowadays. The post took off like wildfire, garnering over two million views in just a few days and, while most people reacted positively to the piece, I was still inundated with volumes of incredibly vicious hate mail. I can’t wait to see how these people respond next week when I really push the envelop and write a post denouncing arson and puppy abuse.

You know me and my controversial opinions.

Based on the comments and emails from the outraged masses, I am a “woman worshiping feminist” and a “feminine wuss.” But I’m also a “male chauvinist” and a “paternalistic assh*le.” In totality, I guess I’m a male chauvinist feminist paternalistic woman worshiper. Oh, and I’m also an “extreme right winger” who, oddly, “buys into left wing propaganda.” Thankfully, they could at least agree that, whether I’m a fundamentalist oppressor of women, or a spineless subservient wimp, I am certainly “full of sh*t.” See, who says bi-partisanship is dead?

Either way, I’m utterly wrong and horrendously evil, all because I wrote a blog post about chivalry and respect.

Fine. So be it. This is the price of being counter-cultural, and it’s really not such a horrible price to pay. But what disturbed me more than the inevitable Attack of the Trolls, were the literally hundreds of people who told me they agreed with the message, and thought it constructive and urgently necessary, yet I “lost them,” or they “stopped reading,” or they “changed their minds about me,” because of one three word sentence halfway through my rather lengthy post. Here is that decisive phrase: “I’m no feminist.” There goes the whole heartfelt and sincere piece about loving, protecting, and being loyal to women; apparently negated in the minds of many because I didn’t give myself the proper label. This is America now. We care only about the label, the surface, the texture, because we don’t have the time, or the intellectual energy, to analyze pesky things like “context,” “content,” and “meaning.” These people who would ultimately oppose a message they really support because it isn’t attached to the label they expected, would, I imagine, also reject a sip of clean water in the desert if they didn’t like the color of the canteen in which it was contained.

In the last couple of days I’ve been told a thousand times by a thousand different folks that feminism is simply “the belief that men and women are equal.” Then these same people will kindly inform me that I am a feminist, whether I think so or not. Wow, thanks everyone. Why should I worry about defining myself when I’ve got the internet to do that for me? Of course, this definition of feminism is woefully shallow and purposefully misleading. It simply isn’t honest to pretend that feminism hasn’t inexorably linked itself with slightly less palatable sentiments, like the one that says unborn babies aren’t people, or that stay at home moms aren’t “real women.” For every person who tells me it’s possible to be a pro-life feminist, I can find ten feminists who will insist that no such thing can actually exist. Is pro-life feminism an acceptable variation, or an oxymoron? I really don’t know, nor do I care. If my understanding of feminism is vague and convoluted, it’s only because the term itself is vague and convoluted.

But, for the sake of argument, I’ll pretend that feminism’s only legacy is bringing about, or striving for, “equality” between men and women. Even in this fantasyland, I still can’t jump on the Feminist Bandwagon. Men and women are NOT equal, at least not in the practical sense of the word. Yes, men and women are “equal” in intrinsic worth; they have immortal souls and are endowed by God with a dignity and value that can not be diminished or reduced. This is the only sort of “equality” that can ever exist between people, or between genders, and it is the only sort of “equality” that really matters. Because we are all “equal” in the spiritual sense, we should all treat each other with love and respect. I don’t need feminism to tell me this, Christianity has been teaching it for two thousand years. I can’t stand these modernist movements that come along, borrow a little slice of Christian philosophy, uproot it from its foundation, and then claim to be the source of the teaching. Sorry, you can’t monopolize an idea that’s been around for 20 centuries. Nor can you harness the power of the message when you’ve removed it from the Power Himself. All you’ve done, in the end, is cut a flower off at the stem. It looks pretty and smells nice, but it will soon become something withered, dried, and dead, because you’ve severed it from its roots.

In any case, most self described feminists aren’t referring to spiritual equality anyway. They mean equality by its dictionary definition: Sameness. Outside of religious philosophy, two things are “equal” when they are the same. We hear a lot about this kind of equality, and, unless we’re listening to a math lecture, what we’re hearing is false and ultimately destructive. Mathematical equations have equals, but humans do not. We are not numbers; we are living, changing, vibrant entities. We are not equal to anyone else. I am not equal to you, you are not equal to me, men are not equal to women. That doesn’t mean one is superior to the other, it just means one is not the same as the other. This is an important point, and we are losing our ability to have lasting romantic relationships precisely because we have decided to pretend that human equality is exactly like algebraic equality.

Men and women are not equal. They are not they same. There’s really no avoiding this fact, so Modern Liberators have instead set out to convince everyone that the inherent differences between men and women are meaningless and entirely superficial. Interesting thing, that feminism — it elevates women by telling them that every unique female trait is expendable and pointless. “There’s nothing special or different about you. Now you’re free! Congratulations!” Weak, gutless men absolutely love this idea. You should see all the emails I received from guys of that type. Here’s one example: “Matt, you’re such an idiot. “Chivalry” is bull sh*t. Why should I treat women any different from men?”

Uh, maybe because they ARE different, professor. But, sure, go ahead and treat your wife like a dude and see how long your marriage lasts. A guy who beats his wife is no worse than a guy who gets into a shoving match with his buddy, right? Again, good luck in your relationships, my friend. I’m just hoping for the day that our culture catches a glimpse of its reflection in the puddle of sewage on the sidewalk. Marriages are falling apart at a record pace, people are deathly afraid of commitment, and we’re raising a generation of kids who are terrified of getting married because they’ve never seen a healthy example of how it’s supposed to work. Think about that: there are millions of people in this country who have NEVER come in contact with a successful romantic relationship. That is absolutely chilling.

Yet we march on like we’ve got all the answers, even though our answers have been PROVEN wrong, time, and time, and time again. Marriages have become competitions. Rather than two DIFFERENT people coming together and filling DIFFERENT but complimentary roles, we instead end up with two factions battling for control and dominance. That ain’t marriage, that’s a civil war. People enter into this union without a clue as to what they are supposed to do or how it is supposed to work. They don’t like “gender roles,” so they try to carry on like their genders don’t exist. Generally, that strategy carries them right to the divorce lawyer. We all have to decide what’s best for us in our own marriages, but I don’t think it’s ever best to pretend that our spouse is an amorphous genderless blob.

Chivalry might be “old fashioned,” but the new fashion is damned hideous, and I’m not the kind of person who buys a new wardrobe just to keep up with the trends. Sure, these ideas about men protecting and providing for women might be old, like the horse and buggy. The new way, on the other hand, is more like an airplane — a crashed airplane, engulfed in flames, specifically. I have no interest in trying to explain these concepts to adult men who are too “enlightened” (read: pathetic, selfish) to actually be the man in their marriages, nor do I feel inclined to spend any more time defending the idea that being “the man” is, shockingly, different– not superior, different — from being “the woman.” It’s pretty easy to criticize a cartoon version of the past, but it’s hard to come up with answers for the present. These modern fools who tear down everything that smells of “tradition,” and every idea that pre-dates 1960, don’t have any answers. You need only look at what they’ve done to marriage to see that. All they have are buzzwords, and slogans, and feelings, and they can’t explain or define any of them.

I don’t idolize the past, but I’m not arrogant enough to outright dismiss the lessons of our grandparents, or to broadly veto the “democracy of the dead,” as Chesterton would say. I might be stubborn, but I’m pragmatic enough to look at the divorces, and the abortions, and the broken families and shattered lives, and think maybe — just maybe — we aren’t quite as enlightened as we think.

Something to think about, anyway.