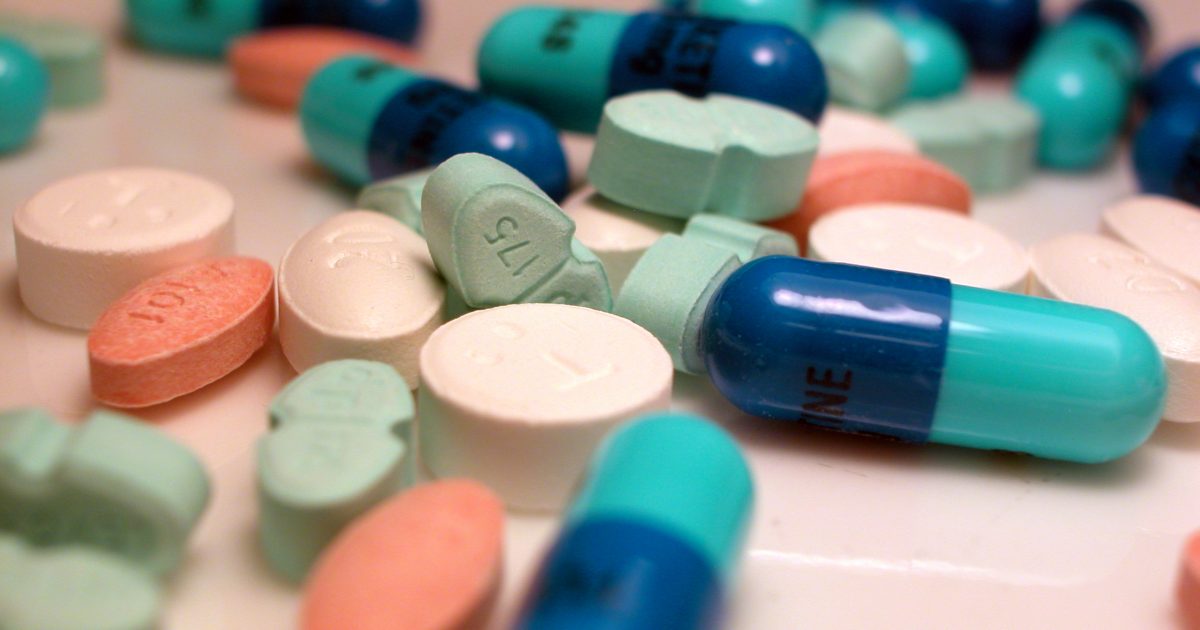 I haven’t been sleeping well.

I’ve never slept well, actually. I’m up late, even though I’d rather be asleep, and I wake often during the night. When I do sleep, I sleep restlessly. I don’t dream. I’m always tired. Sure, this could have something to do with our 8 month old twins, but my sleeping issues developed long before the little ones arrived.

There probably isn’t anything that can cure my sleep issues, short of a lobotomy. Or prescription drugs, which can essentially be the same thing.

In my cyber travels, I stumbled upon a “sleep aid” commercial for a drug called Intermezzo. I remember this one from about a year ago; I saw it on TV late one night. I don’t know if they’re still airing this, but the fact that it exists — the fact that it ever existed — tells you everything you need to know about the depth of America’s prescription drug problem. The commercial is 90 seconds long. And by that I mean, the commercial is 30 seconds long, with most of the remaining 60 seconds devoted to explaining all of the bad things that might happen to you if you ingest the product they’re selling.

Side effects include: shortness of breath, driving while not fully awake, aggression, confusion, hallucinations, and thoughts of suicide.

But you’ll totally get a good night’s rest — right before you fly into a fit of rage, murder your neighbor and kill yourself.

Drug “side effects” aren’t just a matter of annoying rashes and bouts of constipation anymore. The drugs we’re into these days dive right into our core and mess with our conception of ourselves. They affect you, at the most fundamental level. They take you out of yourself. They change you.

Not all prescription drugs, but some.

Too many. Way too many.

Here’s a general rule to which I adhere rather strictly: I won’t consume anything that might — however slim the possibility — cause me to consider ending my own existence. Call me a Christian Scientist if you like, but I don’t particularly want to take a drug that will cause thoughts of any kind, least of all suicidal ones.

Of course, Intermezzo isn’t nearly as popular as Ambien. I’m not sure if they mention it in the ads, but Ambien has such a potent ability to alter your behavior, that it’s actually been successfully used as a defense in murder trials.

Remember: marijuana is still illegal in most states. Its prohibition no doubt meets the approval of the same sorts of people who’d take these dangerous hallucinogens just to help them catch some shuteye.

Indeed, it’s a wonder any drugs remain illegal in this country, considering 70 percent of us are prescribed at least one each year.

Percentage of Americans on FIVE or more prescriptions in a single year? 20.

I am American, therefore I’m told that I must look in a pill bottle for a cure for every ailment, and every discomfort, and every part of my mind, my body and my soul that doesn’t work how society tells me it ought to work.

And while we worry about how to keep illegal narcotics off the streets, more people are killed by the stuff you pick up at Walgreens than by heroin and cocaine combined.

Prescription drugs have surged ahead of automobile accidents to claim the ignoble distinction of being the 4th leading cause of death in the United States.

Don’t worry, though. As 1 in 5 high school students report using prescription pills recreationally, and as half a million people a year visit emergency rooms after abusing prescription painkillers, the drug companies rake in billions.

Oh, but they’ve earned that money. They’ve invested in us.  They spend 4 billion dollars a year on ads, stuffing 80 drug ads into every hour of TV, every day, all year. According to a study a few years ago, they spend twice as much on marketing as they do on research.

I wonder: the 760 million dollars they gave to doctors over a two year period — does that count as marketing, or do they have a separate section in their budget for “blatant, unmitigated bribery”?

And what about the money Pharma paid to attend meetings with advisory panels for the FDA? Is that a “research” thing?

It’s a blessing that FDA is on the case, by the way. The FDA: protecting Americans from scary drugs since 1906. Also, the FDA: a government agency so twisted and dishonest that its own scientists wrote a letter to the president complaining about the widespread corruption they’d encountered while employed there.

From the Fox News article:

…the FDA dissidents alleged that agency managers use intimidation to squelch scientific debate, leading to the approval of medical devices whose effectiveness is questionable and which may not be entirely safe.

I’m not against all prescription drugs. Lord knows, modern medicine has saved a lot of lives and done a ton of good. But that does not excuse the current state of things. We are becoming a culture of chemically dependent drug addicts. Many of us might be highly functioning addicts — but we’re addicts all same.

While we sermonize to our kids about the dangers of drugs, we stuff our medicine cabinets with the chemical equivalents of the very poisons we warn them against. Do you think they don’t notice this?

Yet the hypocrisy isn’t the real issue. The real issue is the numbness; the chemical haze that sets in.

Sure, sometimes drugs are necessary. Sometimes drugs can heal, and treat, and cure. But I’m afraid that we’ve completely ruled out the possibility that not every bump or bruise or pain or mental affliction needs to be drowned under a mountain of pills. Sometimes we can look for answers somewhere else. And sometimes, frankly, maybe it’s OK if we hurt a little.

In any case, please excuse me. I have a slight toothache so I’m going to chug painkillers until my liver explodes.

It is the American Way.

Facebook Twitter Reddit Pinterest
PREVIOUS COLUMN
There’s a gender wage gap stopping waitresses from making the same as commercial airline pilots
NEXT COLUMN
Inspiring message of the day: obesity is not a disease and you do have free will