Apparently, Unborn Babies are Only Human When They Belong to Beyonce 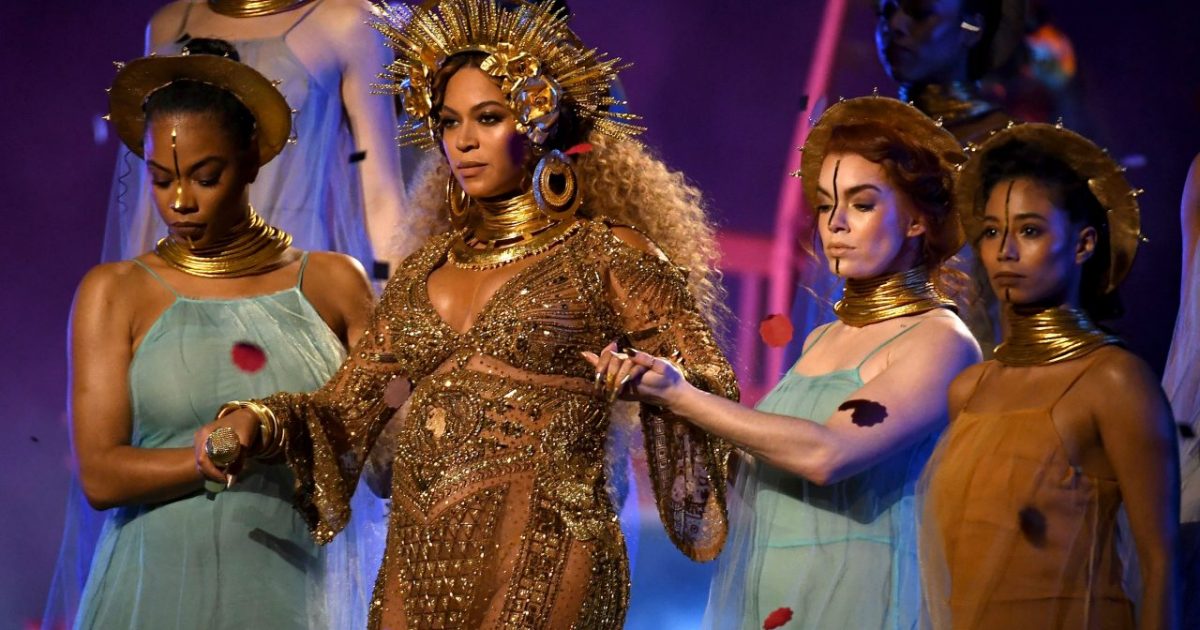 She appeared at first to be dressed as a pagan oracle or goddess, adorned in an elaborate see-through stripper outfit and a golden halo. She quickly proceeded from there into outright sacrilege, recreating the Last Supper and the Ascension with herself playing the part of a sexualized, female Christ. By the end, it wasn’t clear if she was trying to be Jesus, the Virgin Mary, or some sort of Egyptian divinity. I’m sure she’d answer “D”: all of the above. Not satisfied with merely being a “Queen,” as she so often refers to herself while instructing her fans to “bow down” before her, Beyonce now demands to be hailed as messiah.

Her disciples, of course, are eager to oblige. After her performance, the internet exploded with proclamations of praise and worship, exclaiming that no creature on Earth or above it could be as perfect and beautiful and wonderful as our beloved Beyonce. Even Beyonce’s fellow celebrities know that they must exhibit appropriate deference to the lord and savior, as the Daily Beast described her. Adele apologized profusely to Beyonce for the crime of beating her for Album of the Year, and then broke the trophy in two and gave half to her as tribute.

This whole scene would be absurd enough on its own, but it was made all the more confused by the fact that Beyonce is pregnant with twins. Her pregnancy was meant to be a focal point of the performance. Liberals called it a “celebration of motherhood” and womanhood. All the gold and jewels perfectly highlighted the “glow” of “expectant mothers,” they explained. Even the most rabidly pro-abortion outlets referred to the entities in Beyonce’s womb as “babies,” and commented that her twins were the real stars of the show.

The performance even sparked a outpouring of appreciation for pregnancy itself, with leftists declaring that golden crowns ought to adorn the heads of all pregnant women. Those of us who’ve been calling all along for a greater respect for the miracle of pregnancy, only to be laughed at and mocked by the very people now very demonstratively displaying such respect, were left feeling dizzy by the drastic change.

Suddenly, pregnancy was cool again. Babies were human again. Life was life again. This always happens, temporarily, when famous people get pregnant — as it did, to a lesser extent, when George Clooney and his wife recently announced their own twin pregnancy — but we know that everything Beyonce does is the biggest and bestest and most perfectest. So, if Beyonce has decided to celebrate pregnancy, then celebrate we shall, at least for as long as she deems it fashionable.