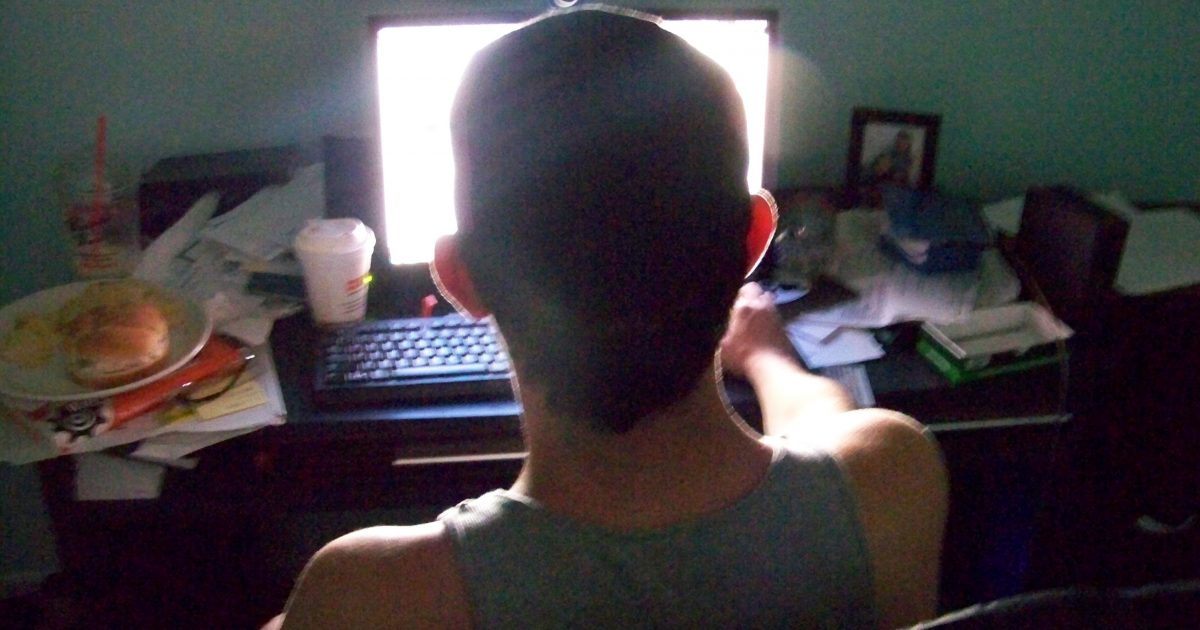 I shouldn’t know this fact about him, but it came up in conversation a few days ago. We were talking about the divorce rate; both of us gave our theories as to why the statistics are so high. I mentioned in my diagnosis a few studies that show pornography to be a root cause in over 50 percent of divorces annually.

What kind of thing? Their husbands spending all day obsessively plunging through the darkest regions of the internet for graphic sexual images of rape, abuse, perversion, exploitation and other forms of filthy depravity previously unknown to mankind?

Yeah. That kind of thing. No reason why any wife should be too upset about that, apparently.

Because you aren’t physically in contact with another woman?

So what? That’s merely a matter of semantics and circumstance. The absence of physical touch doesn’t automatically free you of the scarlet letter — if it did, ‘sexting’ with other women would be fair game, I suppose. How would you feel if you looked through your wife’s phone and found racy, sexually graphic text messages she’d sent to a man at her office? Would you be alright with it as long as she could prove she never had any physical contact with him? Or is that totally different because she knows the guy, whereas porn is anonymous and impersonal? See, we find ourselves constructing many arbitrary lines of distinction when we are determined to rationalize behavior we instinctively know to be immoral and wrong.

That’s a lie, of course. It’s not innocent. It’s not fun.

I could cite for you the mounds of psychiatric research proving the detrimental effects of pornography on the brain. But you can do that research yourself.

It will turn you into an adulterer.