If Your Lifestyle is None of My Business, Stop Demanding That I Celebrate it 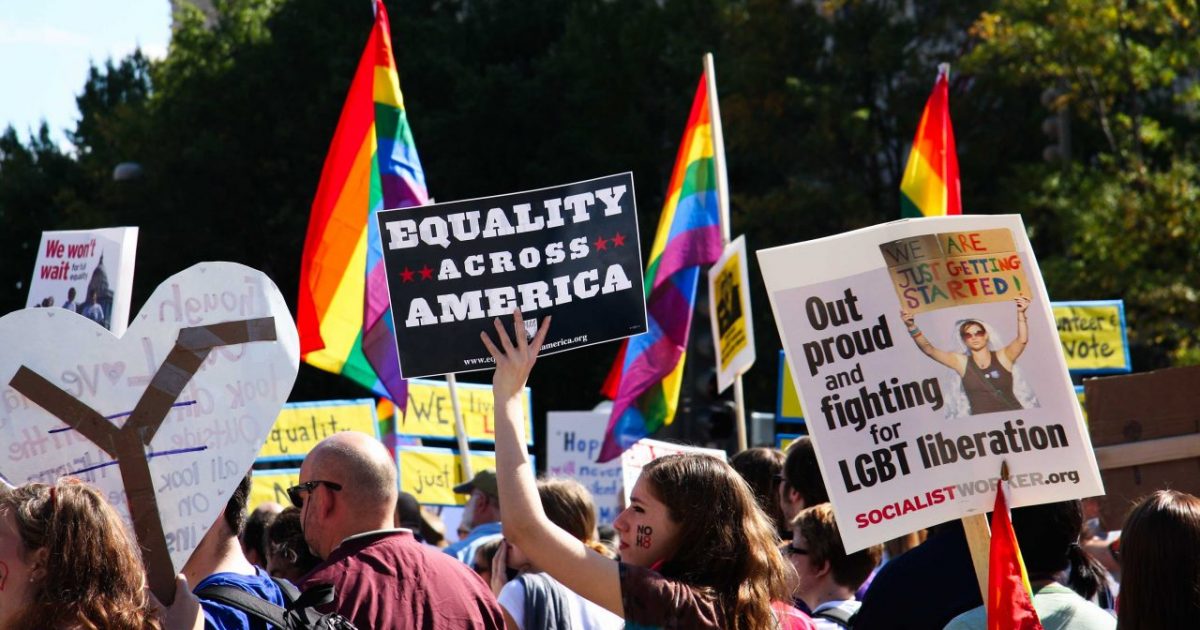 As I mentioned in my previous post, it has been decided that I am this week’s Worst Person Ever for a couple of things I recently wrote.

One was a criticism of the idea that the government should fund your birth control. I’ve already expanded upon that (correct and appropriate) criticism here. The other was a tweet and an article — or really a homophobic rant stemming from my fragile masculinity, as its been described by the media — warning fathers that we need to be there to raise our sons lest they grow up confused about their masculine identity:

Dads, this is why you need to be there to raise your sons. pic.twitter.com/8ybirgppKi

The man in the picture goes by the name Manny Mua. He was recently anointed as Maybelline’s new spokesmodel. He responded to what I said, which resulted in his fans displaying their tolerance and open mindedness in the usual way. My friend Manny spent a while retweeting and “liking” many of the attacks against me, obviously trying to encourage more of it. So, more and more of his fans dutifully came to remind me that Manny is a kind and compassionate and gentle and utterly perfect human being while I am a barely sentient bucket of vomit and I should immediately hang myself so as to free the Earth from the burden of my existence, and so on. (The “sentient bucket of vomit” thing is verbatim, by the way. I had to respect it for its originality at least. Although I had to wonder how an animated mass of vomit would go about hanging itself. The logistical difficulties seem insurmountable, if you ask me.)

Manny’s dad soon chimed in, understandably so. He told me that he supports what his son does, he did raise him well, and my comment stems from ignorance about the LGBT community, which is populated by some of the “most real and most kindhearted people” on Earth. It was, according to Manny, a “f*cken SAVAGE” beat down, and according to Yahoo News and other outlets it was an epic comeback that succeeded in “nailing” a “bigot” and a “homophobe,” etc. I don’t know, I thought his response was more measured than that. At least a lot more measured than the tolerant liberals who told me that my kids should die of AIDS .

Anyway, I’m not actually interested in getting into an argument about how this particular makeup model was raised. As I said in the article I wrote on the topic last week, it’s certainly possible that a boy could be raised by a good father and still end up living a confused and disordered lifestyle. That very well could have been the case with Manny. I have no idea. Maybe he’s the exception to the rule. Could be. Who knows?

That’s why I never said “This dude, specifically, was raised by a crappy dad.” Rather, I said “this sort of dude is why dads — plural, universal — need to raise their sons.” Much like I might point to a liquor store robbery in the inner city and say “this is why inner city kids need dads at home.” If it were to turn out that the particular liquor store robber in the particular case I used to make my general point did indeed have an attentive father at home, that wouldn’t negate my point. Nor would I apologize for using that case to make the point. It’s still true, regardless of that person’s biography, that this is the sort of thing that is often the result, or partly the result, of a dad not being physically, spiritually, and/or emotionally present in the home.

I’m also not going to get into another long explanation as to why men shouldn’t dress themselves up as women. I’ve already done that. To summarize, my reasoning goes like this: Men shouldn’t dress up like women because men aren’t women. There’s a certain logic to that, you have to admit. But we can once again go into detail on that revolutionary idea another time. Instead what I’d like to focus on is the Left’s relentless attempt to have it both ways on every topic imaginable. Yesterday we discussed how they do this with respect to birth control. Now we have another great example.

I’ll show you what I mean with two points:

Facebook Twitter Reddit Pinterest
PREVIOUS COLUMN
If Your Sex Life is None of My Business, Stop Demanding That I Finance It
NEXT COLUMN
Bradley Manning is Still a Traitor. He’s Also Still a Man.