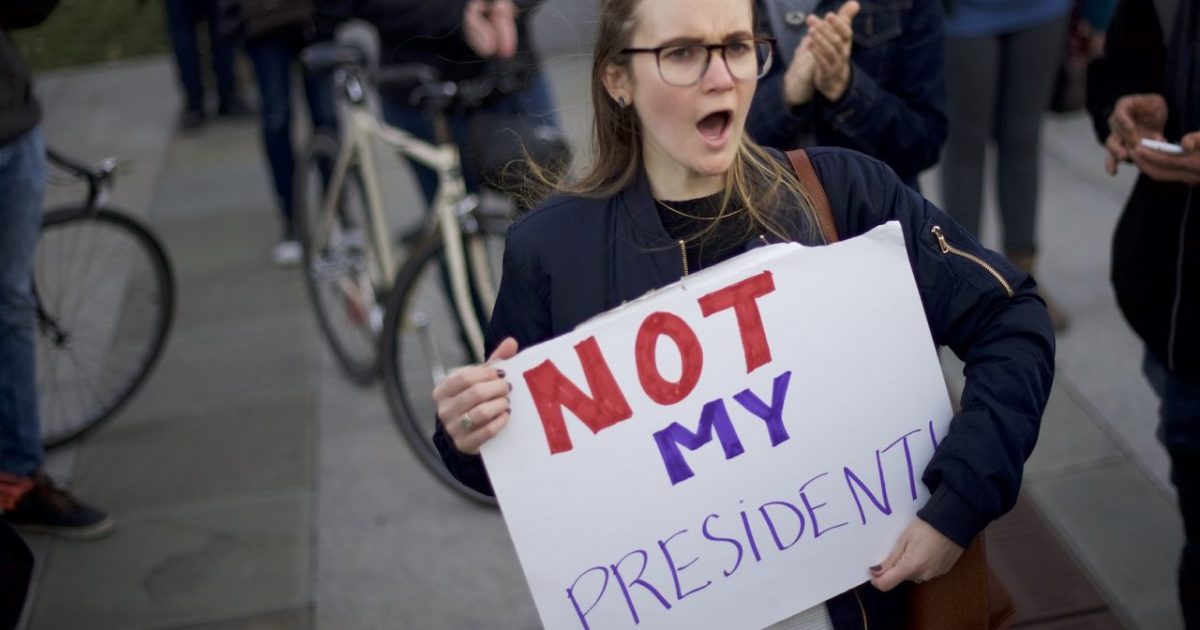 Liberals, it’s clear that you wish to continue losing.

You found the taste of defeat so novel and exciting that you’ve become intoxicated by it. Indeed, you’ve done everything you possibly could over these past few days to ensure that your losses are magnified and replicated in the future. Not satisfied to simply lose in 2016, you’ve now begun the project of losing in 2020 and beyond.

Truly, your performance since Tuesday has been astounding in its tone deafness. It’s hard for me to believe that anyone could paint such a masterpiece of ineptitude and self-destruction by accident. I can only conclude that you’re doing it on purpose because, for whatever reason, you are not satiated by just one stunning, historic loss. You want more. And if that is in fact your aim, I would like to make a few suggestions to help you accomplish the goal.

If you’d like to lose again and again, make sure to do (I mean, keeping doing) the following:

1. Continue with the hilarious melodrama.

On Saturday, SNL opened their show with Hillary Clinton’s impersonator somberly playing the piano and singing “Hallelujah.” After the song, the actress turned to the camera and tearfully declared, “I’m not giving up and neither should you!” That was how a sketch comedy show handled Hillary Clinton’s defeat. It was not supposed to be funny. But it was. Honestly, I haven’t laughed so hard at an SNL bit since at least the mid-90’s.

Liberals were not laughing, though. Leftists in the media and on social media agreed that the performance was “powerful” and “touching” and “inspiring.” I was reminded by more than one person on Twitter that if I wasn’t “moved” by Kate McKinnon’s Hillary Clinton tribute, I’m “not human.” Well, I guess I’m not human then. And neither are most of the rational adults in this country who watched the clip and rolled their eyes so hard they could practically see their own brains.

It bears mentioning that SNL handled the election results more sedately and mournfully than they handled 9-11. In the liberal mind, the former is clearly the greater tragedy. And it’s precisely this kind of irrational, overwrought nonsense that drives people away from liberalism. So, keep it up. Great work.

Shortly after Trump’s election, we started seeing the feverish reports of “hate crimes” perpetrated by Trump supporters. Black Americans, gays, Muslims, and women were being hunted down in the streets and assaulted by neo-Nazis and Klansmen now emboldened by President-Elect Trump. Of course, almost all of these reports have been proven false.

Normal people knew they were false because normal people are aware that, despite what they tell you on college campuses these days, America is not filled to the brim with murderous Klansmen and closeted Nazis. There are, like, 8 of them in total (give or take) and they all live in the same trailer park. If you spent less time concocting fantastical narratives about the United States and more time actually learning about the country and the people who inhabit it, you’d know that already. And then you’d at least be able to come up with more convincing lies.