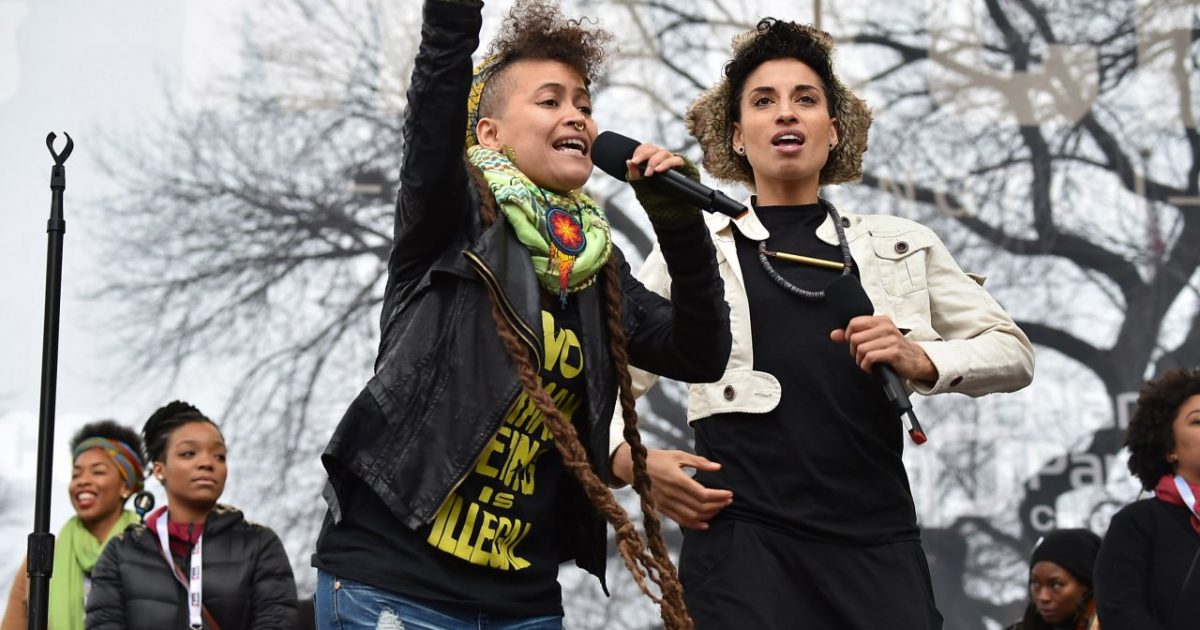 On Saturday, thousands of ladies in vagina hats descended upon DC to demand more dead babies.

The march was an eclectic mix of non sequiturs and falsehoods. Every aspect of feminist mythology was represented in one way or another. But unlimited access to abortion was the theme that tied it all together. Before the march even began, abortion on demand had been proclaimed an essential “unity principle” of the so-called “Women’s March.” They were so serious about this principle that pro-life groups were barred from participating. It’s fair to say that once a political demonstration cites baby murder as a fundamental value, nothing else it stands for really matters. I cannot take a march seriously after it has professed an affinity for child killing just as I cannot willingly consume your homemade chocolate cake after you inform me that fecal matter is one of its ingredients.

But I’m not sure that I could have taken the march seriously even if continuing the mass slaughter of children hadn’t been named as one of its fundamental goals. It’s hard to take people seriously when they’re all wearing genitalia-themed beanies, after all. It’s even more difficult when they’ve adorned themselves in vagina masks, and full vagina costumes, and are carrying vagina signs, including some grossly explicit and some casually sacrilegious. But please don’t think that it was only a bunch of vaginas walking around. Penises were sometimes represented in the signage and the outfits as well, though usually with a derisive tone. Feminists, as you’ve noticed, are rather obsessed with genitals. That’s why they can’t get together for any kind of event without half of them showing up dressed as their own reproductive organs.

The speakers who addressed the vagina-clad hordes were as inspiring as you’d imagine. One of them came on stage in a dress with the word “abortion” scrawled across it in huge, proud letters (did I mention that these ladies REALLY love abortion?). Cecile Richards, Planned Parenthood CEO and the most prolific mass murder in the world, spoke before the adoring throngs and courageously resolved to go on killing babies no matter what obstacles are put in her way. Refusing to be outdone, Madonna stood behind the podium and, to the sound of applause, openly fantasized about blowing up the White House. The most esteemed speaker of the afternoon, former actress Ashley Judd, refused to be overshadowed by any of them. In a bold attempt to be the craziest person in Washington that day, Judd let loose with a bit of feminist slam poetry that included this line:

“I am not as nasty as your own daughter being your favorite sex symbol, like your wet dreams infused with your own genes.”