My kids cry in public, and I’m not worried about it anymore 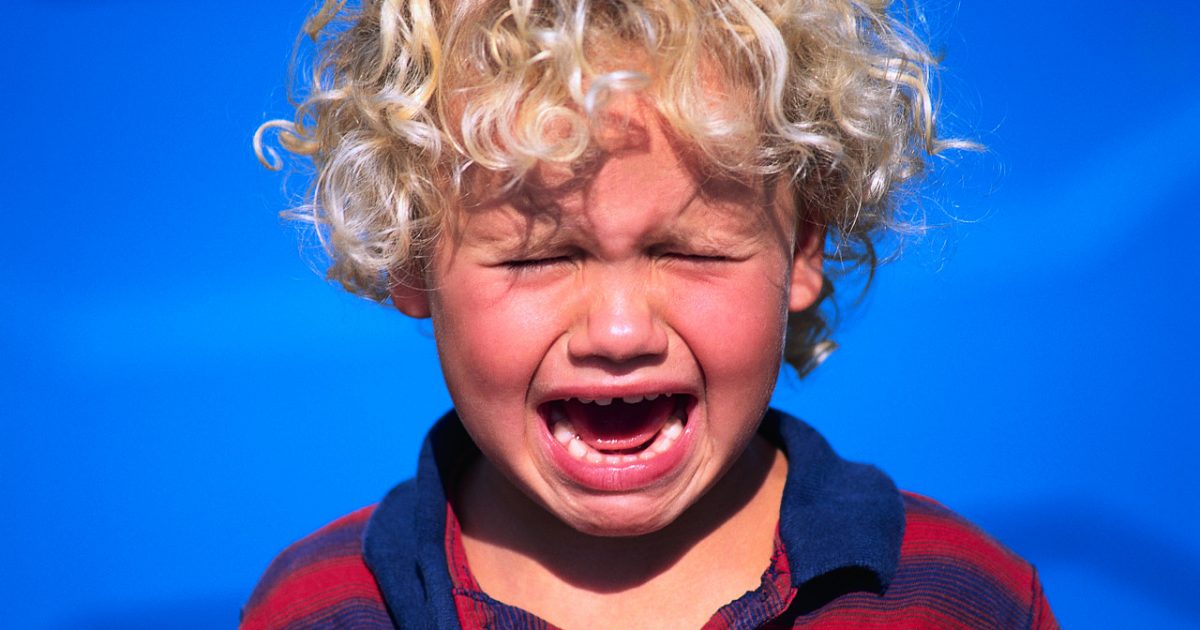 I was worried about the strangers glaring at me in the airport terminal while I was in the midst of dealing with my crying 15-month-old twins.

I was worried about the woman who stopped me to offer some fantastically condescending advice.

Oh, they’re probably tired, you say? Hmmm, perhaps you’re onto something, Nancy Drew. I’m only their father — it’s a good thing I have the peanut gallery on hand to remind me that kids often cry when they’re tired. Hey, now that you’ve made this insight, would you mind pointing me to the quiet airport nursery where I can take them so they can sleep without being disturbed by the grating sounds of the Captain Obvious brigade, which apparently tours the Earth telling parents that their tired and fussy kids are tired and fussy? Oh, you’re not done? Now you’re informing me that, when your kids were young, you scheduled your flights around their nap schedule? Yes, well clearly that thought never occurred to either my wife or myself. It simply never dawned on us. It’s not like there are plenty of reasons why we had to fly at this specific time and I have no interest in explaining them to you because YOU’RE A STRANGER AND I’M PRETTY STRESSED OUT RIGHT NOW SO PLEASE, DEAR GOD, WHEEL YOUR DESIGNER LUGGAGE AS FAR AWAY FROM MY PERSONAL SPACE AS YOU CAN, LADY.

I didn’t say any of that.

But I was worried about it.

I was worried about the dirty looks we got when we boarded the plane with our kids.

I was worried about the dude who sat down next to me, took one glance at the baby on my lap, and immediately stood up to change seats. And I was even worried about the fact that the helpful flight attendants at Spirit Airlines actually let the guy leave his assigned seat and steal someone else’s — an older woman’s, as it turns out — and didn’t do anything about it besides mutter under their breath. (Spirit, by the way, is the perfect airline for you if you’ve ever gazed longingly at the live poultry cargo on the back of a Perdue Farms chicken truck and thought, ‘man, I wish I could travel with less comfort and style than those lucky barnyard animals.’)

I was worried, and that’s an overwhelming, constant, suffocating emotion I feel as a parent.

I was worried, but then something happened.

I had an epiphany. Well, maybe not an epiphany, per se, but a moment of clarity. A baptism by recycled air, claustrophobic confines, and hungry, nap-less babies. An opportunity for growth. A maturation.

The declaration is this: I am a parent of young children, and they have as much a right to be out in public as anyone else.

You see, it’s a strange thing. I’m usually quite impervious to critical opinions. I’m unconcerned to a fault, actually. Daily I’m treated to a barrage of critiques, hate mail, suicide wishes, and even the occasional death threat. If anything slips past my radar, often a helpful fan will send me a Facebook message with a link to some blog post explaining why I’m a xenophobic, mysoginistic scumbag. Hey Matt, love your work. Anyway, just wanted to let you know that I found this website where they talk about how you’re an idiot, a bad writer, and you should be incomapacitated by a horrific car wreck right before being eaten alive by raccoons. Just thought you should be aware! God bless!

Thanks for the pick-me-up, friend. Don’t worry, I couldn’t care less. Their opinions are of no consequence. They have no impact. Let the haters hate and the trolls troll, nothing they say will slow me down.

But this confidence/numbness hasn’t carried over into parenting. As a dad, for whatever reason, I have been incredibly afraid of judgement. Petrified, honestly. On airplanes, in restaurants, at church, in the grocery store, in the park, in a hotel — wherever other people are present. I’ve been on edge. Hyper alert and overly aware of every disapproving look, every sideways glance, every annoyed sigh, every remark, every patronizing piece of advice, every person who makes a production of fleeing from our proximity because my children dared produce a sound.

Someone tells me to kill myself because of my political views and I’ll laugh if off and forget about it four seconds later, but let one person in the pew in front of me look back with disgust because my daughter keeps saying ‘hi’ to the Jesus statue, and I’ll want to escape into a cave until I can recover from the horror of being a minor annoyance to an ill tempered stranger.

I don’t know why I’m like this, but it’s a tragedy.

These times are fleeting. Luke and Julia will eventually be as calculable and bored as the rest of us. One day soon — if, God forbid, the world does to them what it did to me — they might walk through airports and Walmarts and public parks with the silent despondence of modern adulthood.

But right now they’re loud, they’re emotional, they’re unpredictable, they’re alive. Everything is an adventure. Every trip is something new. Every change of scenery is a revelation. They feel things. They’re either very happy or very sad, and rarely anything in between.

I could be soaking in these experiences and savoring the opportunity to show the world to my children, but I’m not. Instead, I’m anxious. I’m biding my time, just praying for the check to come, the plane to land, the service to end. I spent the first 27 years of my life absorbing our culture’s anti-children prejudice, and today I’m taking it out on my own kids.

For so long, I’ve listened to people say horrible, ludicrous, and unacceptable things like “I hate children,” and now I find myself mysteriously worried about accommodating these sullen bigots. As if it’s somehow OK or reasonable for someone to dislike an entire segment of the human population — especially a segment so innocent and lovable, and one that, it should be noted, we’ve all been a member of at one point or another.

For so long, I’ve listened to high maintenance snobs moan and groan about their harrowing tales of being forced to confront the fact that our society consists of many types of people, some of which are under the age of 18.

For so long, I’ve ingested this poison, and these days it’s taking a toll. More than taking a toll, it’s revealing my cowardice.