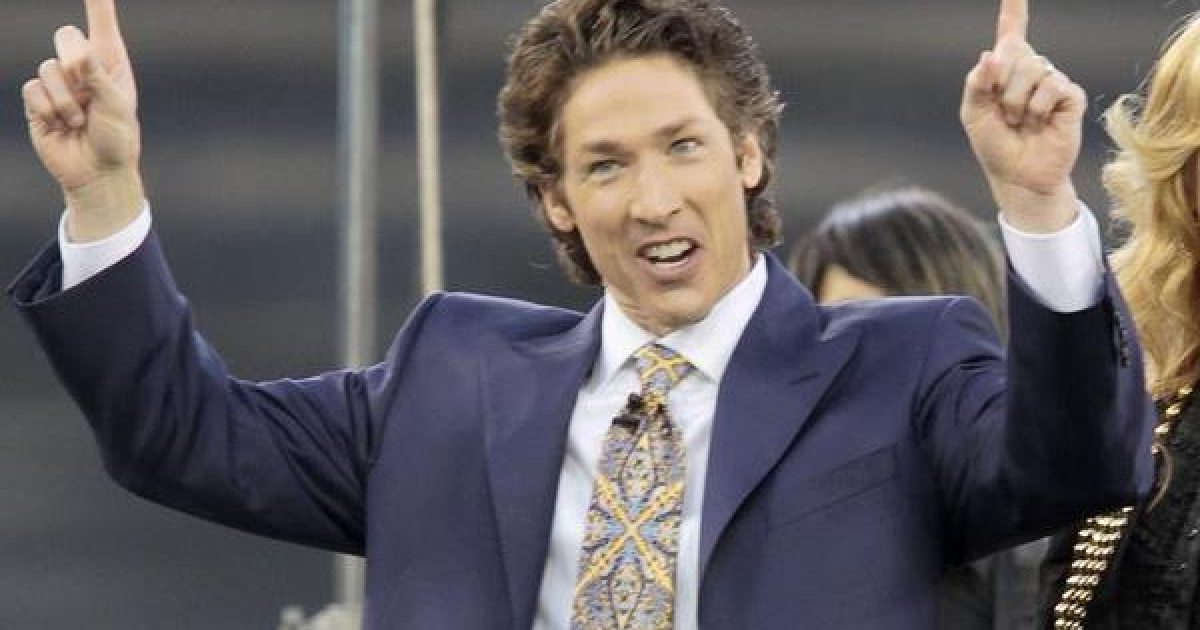 A couple of days ago I noted on Twitter how Joel Osteen rarely mentions the word “Christ” in his tweets or in his sermons. He responded to that observation by blocking me. I found out later that this is standard procedure. People who ask Joel Osteen to talk about Jesus are automatically blocked. That makes a lot of sense for a “pastor,” doesn’t it?

Since that incident, I’ve had several conversations with Osteen defenders, many of whom demonstrate almost no understanding of even the most fundamental aspects of their faith. I’ve also talked to others who don’t follow Osteen but believe that his brand of “Christianity” is at least mildly useful. Although Osteen and his fellow Prosperity Gospel charlatans don’t preach the full faith or the full truth, they at least provide people with something close to the it, supposedly.

These apologists claim that, without heretics like Osteen, the millions they serve would just be complete non-believers. Isn’t it better to believe in an Osteenized Christianity than to not believe in Christianity at all, they ask? You hear this a lot when it comes to Christian heresies. Even the non-heretics tend to shrug their shoulders and say, “Hey, it’s better than nothing.”

But it’s not better than nothing. Believing in a heretical version of the faith is not preferable to outright atheism and secularism. In fact, it’s probably worse, and here’s why: