Jesus didn’t care about being nice or tolerant 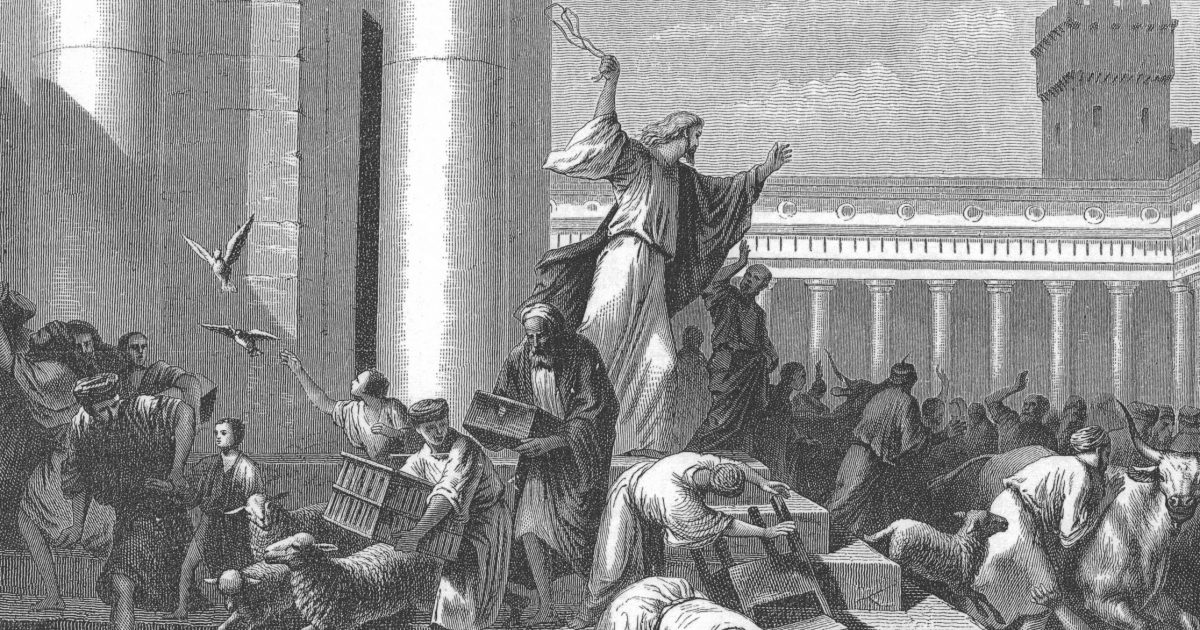 There is no shortage of heresies these days.

If you want to adopt some blasphemous, perverted, fun house mirror reflection of Christianity, you will find a veritable buffet of options. You can sift through all the variants and build your own little pet version of the Faith. It’s Ice Cream Social Christianity: make your own sundae! (Or Sunday, as it were.)

And, of all the heretical choices, probably the most common — and possibly the most damaging — is what I’ve come to call the Nice Doctrine.

The propagators of the Nice Doctrine can be seen and heard from anytime any Christian takes any bold stance on any cultural issue, or uses harsh language of any kind, or condemns any sinful act, or fights against evil with any force or conviction at all. As soon as he or she stands and says ‘This is wrong, and I will not compromise,’ the heretics swoop in with their trusty mantras.

They insist that Jesus was a nice man, and that He never would have done anything to upset people. They say that He came down from Heaven to preach tolerance and acceptance, and He wouldn’t have used words that might lead to hurt feelings. They confidently sermonize about a meek and mild Messiah who was born into this Earthly realm on a mission to spark a constructive dialogue.

The believers in Nice Jesus are usually ignorant of Scripture, but they do know that He was ‘friends with prostitutes,’ and once said something about how, like, we shouldn’t get too ticked off about stuff, or whatever. In their minds, he’s essentially a supernatural Cheech Marin.

Read the comments under my previous post about gay rights militants, and you’ll see this heresy illustrated.

That post prompted an especially noteworthy email from someone concerned that I’m not being ‘Christlike,’ because I ‘call people names.’ He said, in part:

“You aren’t spreading Christianity when you talk like that. The whole message of Jesus was that we should be nice to people because we want them to be nice to us. That’s how we can all be happy. Period. It’s that simple.”

Be nice to me, I’ll be nice to you, and we’ll all be happy. This is the ‘whole message’ of Christianity?

Jesus Christ preached a Truth no deeper or more complex than a slogan on a poster in a Kindergarten classroom?

A provocative claim, to say the least. I decided to investigate the matter, and sure enough, I found this excerpt from the Sermon on the Mount:

“We’re best friends like friends should be. With a great big hug, and a kiss from me to you, won’t you say you love me too?”

God help us. We’ve turned the Son of God into a purple dinosaur puppet.

There’s no way to be certain, but most theologians believe that, despite popular perception, Christ looked nothing like this.

I don’t recognize this Jesus.

This moderate. This pacifist. This nice guy.

He’s not the Jesus I read about in the Bible. I read of a strong, manly, stern, and bold Savior. Compassionate, yes. Forgiving, of course. Loving, always loving. But not particularly nice.

He condemned. He denounced. He caused trouble. He disrupted the established order.

On one occasion — or at least one recorded occasion — He used violence. This Jesus saw the money changers in the temple and how did He respond? He wasn’t polite about it. I’d even say He was downright intolerant. He fashioned a whip (this is what the lawyers would call ‘premeditation’) and physically drove the merchants away. He turned over tables and shouted. He caused a scene. [John 2:15]

In two words: not nice.

Not nice at all.

Can you imagine how some moderate, pious, ‘nice’ Christians of today would react to that spectacle in the Temple? Can you envision the proponents of the Nice Doctrine, with their wagging fingers and their passive aggressive sighs? I’m sure they’d send Jesus a patronizing email, perhaps leave a disapproving comment under the news article about the incident, reminding Jesus that Jesus would never do what Jesus just did.

Personally, I’ve studied the New Testament and found not a single instance of Christ calling for a ‘dialogue’ with evil or seeking the middle ground on an issue. I see an absolutist, unafraid of confrontation. I see a man who did not waver or give credence to the other side. I see someone who never once avoided a dispute by saying that He’ll just ‘agree to disagree.’

I see a Christ who calls the Scribes and Pharisees snakes and vipers. He labels them murderers and blind guides, and ridicules them publicly [Matthew 23:33]. He undermines their authority. He insults them. He castigates them. He’s not very nice to them.

Jesus rebukes and condemns. In Matthew 18, He utilizes morbid and violent imagery, saying that it would be better to drown in the sea with a stone around your neck than to harm a child. Had our modern politicians been around two thousand years ago, I’m sure they’d go on the cable news shows and shake their heads and insist that there’s ‘no place for that kind of language.’

No place for the language of God.

He could have told everyone to relax, but instead He made them uncomfortable. He could have put them at ease, but He chose to put them on edge.

He convinced the mob not to stone the adulterer [John 8], and you’ll notice that He then turned to her and told her to stop sinning. Indeed, never once did He encounter sin and corruption and say: “Hey, do your thang, homies. Just have fun. YOLO!”

The followers of Nice Jesus love to quote the ‘throw the first stone’ verse — and for good reason, it’s a beautiful and compelling story — but you rarely hear mention of the exchange that occurs just a few sentences later, in that very same chapter. In John 8:44, Jesus rebukes unbelieving Jews and calls them ‘sons of the Devil.’

Didn’t anyone ever tell you that you can catch more flies with honey, Jesus?

Of course, you’d catch even more flies with a mound of garbage, so maybe ‘catching flies’ isn’t the point.

While we’re often reminded that Jesus said, ‘live by the sword, die by the sword,’ we seem to ignore his other sword references. Like when he told his disciples to sell their cloaks and buy a sword [Luke 22], or when He said that He ‘didn’t come to bring peace, but a sword’ [Matthew 10].

Now, It’s true that He is God and we are not. Jesus can say whatever He wants to say. But we are called to be like Christ, which begs the question: what is Christ like?

He is always loving.

Christ was not and is not a cosmic guidance counselor, and He is not mankind’s best friend, nor did He call us to be. He made dogs for that role — our destiny is more substantial, and our path to it is far more challenging and dangerous.

Where does nice factor into this?

Nice has nothing to do with Christianity. I’ve got nothing against nice — nice is nice — but even serial killers can be nice to people. They generally are exceptionally affable, except when they’re murdering. That means they’re nice to, like, 97 or 98 percent of everyone they meet.

I guess they’re following Christ almost all of the time, right?

Who’d have guess it — anger is far more godly than tolerance ever could be.

Obviously I’m not suggesting that anger is automatically, or even usually, justified. Christ exhibited righteous anger; righteous anger is the sort of anger that naturally fills our soul when we confront the depths of depravity and sin. It is wrong to seethe with rage because someone cut us off in traffic or gossips about us behind our back, but it is also wrong to feel no anger when babies are murdered and the institution of the family is undermined and attacked.

Anger is good when it is directed at things that offend not us, but God. Just as Christ’s intolerance, like the intolerance we’re commanded to have, stems from a desire to save souls and defend Truth.

So, enough with the niceties.

Christians in this country sound too similar to the the Golden Girls song, and not enough like the Battle Hymn of the Republic. There’s too much ‘thank you for being a friend,’ and not enough ‘lightening from His terrible swift sword.’

We’re all hugging and singing Kumbaya, when we should be marching and shouting Hallelujah.

We’re nice Christians with our nice Jesus, and we are trampled on without protest.

I think it’s time that Christianity regain its fighting spirit; the spirit of Christ.

I think it’s time we ask that question: ‘What would Jesus do?’

And I think it’s time we answer it truthfully: Jesus would flip tables and yell.