Isn’t it mean and hateful to deport illegal immigrants? 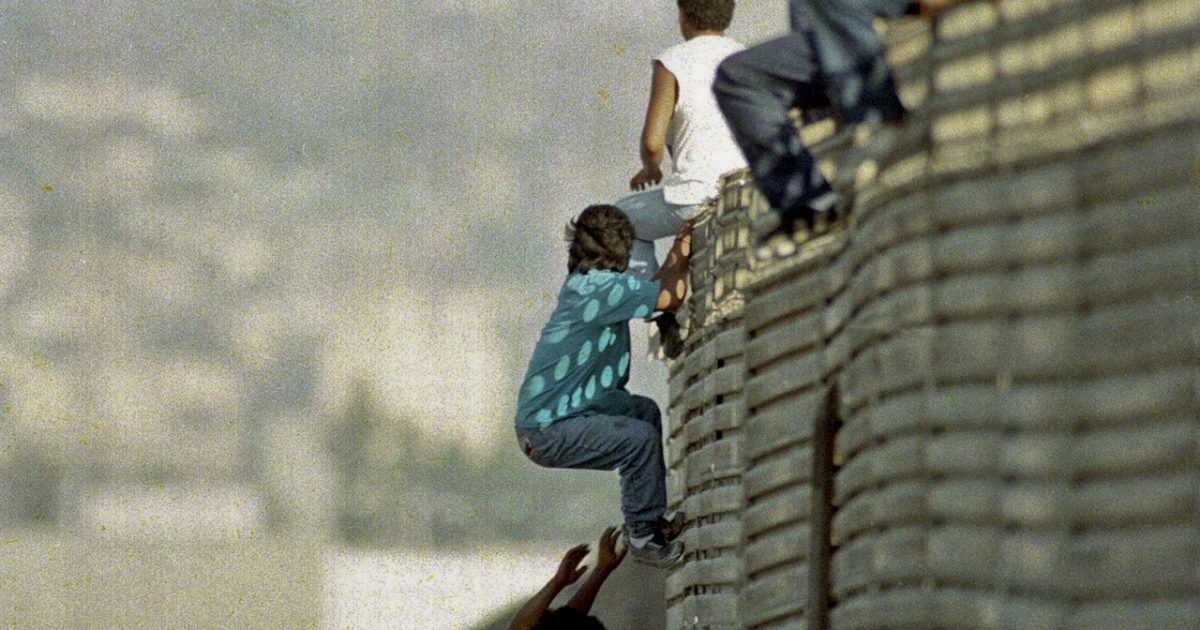 I’m reaching out with a vain hope that I can help you understand the illegal immigration issue in America. You may have heard that it’s a complicated and controversial matter.

See, there are some topics here in the US that are unavoidably complex and therefore naturally contentious. Topics where right and wrong might be difficult to discern. Breaking Bad vs. The Wire, for instance. Scholars and philosophers have spent years contemplating this dilemma, and none have come close to shedding any light upon it.

Illegal immigration, however, is not that sort of topic.

Illegal immigration is simple. Not simple to handle after decades of non-existent immigration enforcement, but simple to analyze. Not easy for the immigrants themselves, but easy to understand. We have borders in this country. We have laws. We must enforce those laws and those borders. If someone comes here in a manner not consistent with our laws, we must send them home. If your first act as a would-be citizen is to defy our laws, you cannot be a citizen.

Every nation in existence has borders and laws, and every nation, save ours, generally goes about enforcing both. Mexico fortifies its southern border and has no patience or mercy for trespassers. If other countries don’t enforce their laws and borders, it’s most likely because they lack the resources and capabilities.

But here in this country we have a unique situation. We are able, but unwilling. Indeed, we may be the first nation in the history of humanity that actually has to argue over the basic concept of having and maintaining a border. Now we are dealing with a flood of third world illegals, prompting politicians and citizens alike to throw up their hands and say, “Well, I guess our choice to not enforce the border proves that the very concept of a border is obsolete. We have no other option but to become an amorphous blob of a geographical territory, virtually indistinguishable from the nations surrounding it!”

It’s really all quite insane. So I’ve decided to compile this helpful FAQ to answer most of the questions and objections commonly raised by people who don’t understand why America should have laws and borders:

-Isn’t it mean and hateful to deport illegal immigrants?

I can only speak for myself, I suppose, but I’d guess that many anti-illegal immigration folks echo my sentiments: I don’t hate illegals. I don’t even fault them for trying to sneak across the border.

Despite popular perceptions, immigration enforcement is nothing personal. If I lived in Mexico, I’d sure want to leave. Some in the hordes are unsavory characters (understatement of the week), but many are, in fact, searching for a better life. I get it. I sympathize.

Unfortunately, though, a man’s pure intent does not erase the law, nor does it negate the necessity of things like borders and organized, lawful immigration procedures.

A boy in the city might rob a liquor store because he honestly believes it’s the only way to help his mother pay the grocery bills. The fact that he committed this crime under duress and out of concern for his family may very well minimize his moral guilt. I’m sure that when he gets to those pearly gates, God will look upon him with great mercy and compassion.

Now, does that mean that we should erase the laws against robbing liquor stores? Is the liquor store owner now a bully and a fanatic if he takes measures to stop future robberies, even if those robberies are also at the hands of kids in similar situations? Should the police reward the young man by letting him keep the money he stole?

Why? Because, for one thing, that would be anarchy. For another, robbery is still objectively wrong. For still another, store owners deserve protection from the law. Without it, there can be no stores, and then we’ll all end up like the kid with the gun.

Interesting thought. But, as a member, I can assure you: the right wing in America can’t conspire to do anything. It couldn’t even conspire to win an election after four years of one of the most incompetent and disastrous presidencies in American history. I’ve been at the conspiracy meetings. Trust me, you have nothing to worry about. Half of the right wing conspiracy is still nestled close to Mitch McConnell’s bosom, smiling peacefully as he sings them to sleep at night. They are no threat to you.

The true conspiracy is among those who oppose immigration enforcement. That camp can be easily divided into two factions (with plenty of crossover):

One of the greatest and most easily debunked myths in modern politics is the one about left wingers hating ‘greedy corporations.’ In truth, their social agenda relies on the strong arm unethical tactics of those corporations, and immigration is a perfect example.

Democrats own the Latino immigrant vote because they’re really good at identity politics, while Republicans are really bad at politics in general. They actively recruit illegal immigrants and fight voter ID laws because that’s how they win elections. Pretty simple. Illegals aren’t people to them, they’re voters. And, in the minds of politicians, there’s a profound difference between those two categories.

-But what about the children?

Yes, the children. It’s always funny (in a morbid, nauseating kind of way) when progressives pull the “THINK OF THE CHILDREN” card. Apparently, in their view, it’s immoral to refuse children entry into the United States, as long as they’re attempting to enter through the southern border. However, if they wish to enter through their mother’s birth canal (a southern border of its own, you might say), we can not only refuse them, but suck their brains out of their skulls and incinerate them for fuel.

Perhaps we should think of babies as ‘birth immigrants’ and then they’d be protected from murder with the same fervor that we protect born children from being put on a bus and brought back to their families in their home countries.

Illegal immigration is another issue where those who generally advocate for the most sinister and diabolical institutions known to man all of a sudden become ‘compassionate’ and ’empathetic.’ But this compassion and empathy is just a mask they wear to cover up the fact that, in truth, their hearts are numb to human suffering, which is why they feel nothing as millions of dead children pile up beneath their feet.

Personally, I do feel great compassion for these kids, but the law can’t be put to the side for them. Besides, maybe they’re better off elsewhere. We don’t exactly treat children with humanity and respect in this country.

I have an idea: let’s concentrate on granting human rights to our own kids before we worry about granting citizenship to kids across the globe.

-America is a nation of immigrants!

Most nations are nations of migrants. Very few people, no matter where they live, can trace their ancestry all the way back through the millennia to the very location where they currently reside. Humanity spread and pioneered and settled across the world. Most of us can follow our roots and find, buried somewhere deep, a nomadic heritage.

As far as America is concerned, immigrants came from all over. They settled legally. They forged a life.

Things were different then. Notably, there weren’t as many people here. How is it that we hear so much about this mythical global overpopulation, but America is still viewed as the one place that can fit an infinite number of inhabitants? The whole world is too crowded — except for America?

Of course, overpopulation is a ridiculous lie, so the problem with illegal immigration isn’t one of a lack of space. It’s more a lack of jobs, a lack of money, a lack of resources.

Not to mention, back in the old days, immigrants came here and helped tame the wild land. They pioneered. They dug in and did their part to build our once-great civilization. Illegal immigrants of modern times, on the other hand, are often coaxed over with Spanish language food stamp advertisements and visions of free education and free health care.

Our great great grandparents came to make this country. Many illegals of today come to use it.

-Isn’t it unfair to expect immigrants to navigate our immigration process?

Unfair? Isn’t it unfair to let them skip the immigration process while millions of others went through it?

Yes, all of these things are unfair. Which means the immigration process isn’t unfair, because it’s very consistent with what the rest of us are dealing with on a daily basis.

In the mean time, open borders aren’t the answer.

Open borders are never the answer. Unless the question is, “what’s the quickest way to bankrupt the country and ensure Democratic victories in every election from now until our society collapses and we turn into a lawless hell hole like Mexico?”