Inspiring message of the day: obesity is not a disease and you do have free will 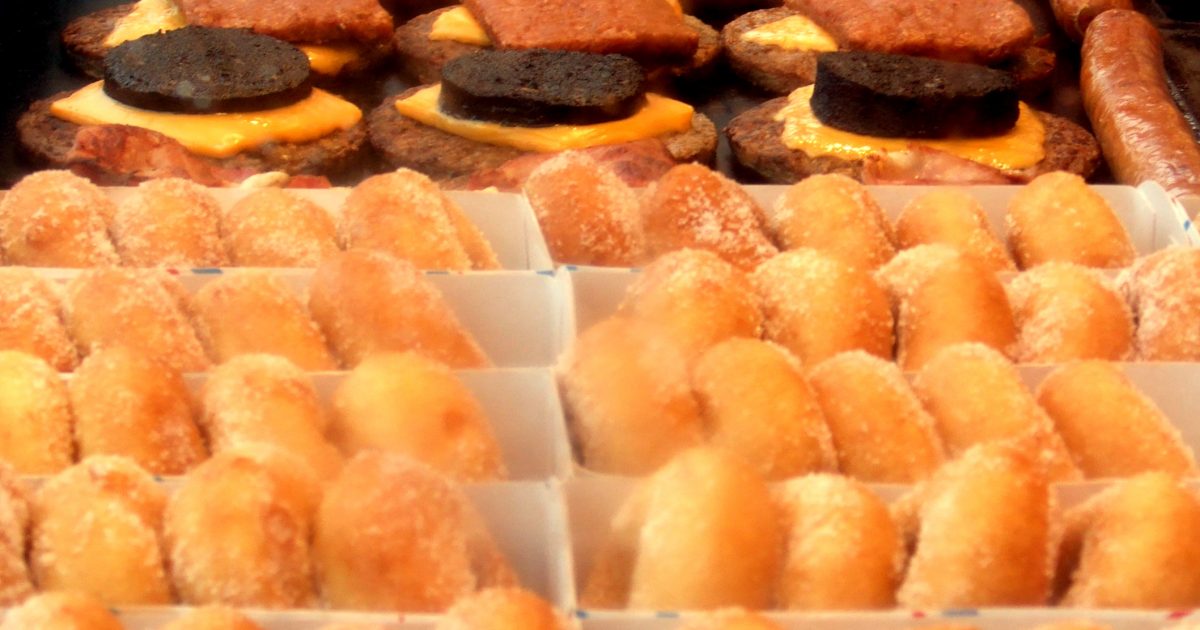 According to a new study, it does more harm than good to label obesity a “disease.”  Shockingly, the study finds, when you tell people that they are victims and that they have no control over their physical condition, you ultimately discourage them from attempting to improve themselves.

So when the American Medical Association suddenly decided to throw science out the window and declare that body fat is a disease like cancer or malaria, they knowingly and purposefully stoked the feelings of helplessness that many of us already struggle with on a daily basis.

They also enriched themselves by ensuring that government health insurance plans would cover obesity treatments and diet pills, but I’m sure that was totally not a factor in their decision.

Beyond the findings of this survey, there are many other problems with calling obesity a disease. Here’s one: it isn’t true.

Obesity is not a disease.

Of course it isn’t.

Obesity might cause diseases, and there might be illnesses that make it easier to become obese, but obesity itself — the condition of having excessive amounts of body fat — is not a disease. Calling obesity a disease is like if I stab myself in the arm and then claim my bicep wound is an “illness.” Sure, the wound might become infected and cause a disease, and there might have been some psychological disorders at work which prompted me to knife myself in the first place, but the wound itself is simply a result of my actions.

Obesity, likewise, is a result.

It’s also a cause, but first it is a result. We eat and the body converts that food into fat. That’s how it works. To call that process “diseased” is to fundamentally rewrite the laws of physics. Some people have slower metabolisms and some people have thyroid issues, and those can be diseases, or symptoms of diseases, or the results of diseases,  but ALL people gain weight by eating. This is a fact. It is not a disease.

If the fat on my gut — which I rightfully earned from eating Hardees last week — can be called a disease, then I suppose the number 2 has a disease because every time I add it with another 2, I get 4.

Obesity is a problem. It’s a struggle. It’s a hardship. But it isn’t a disease. The Bubonic Plague was a disease. It killed 100 million people, and they never realized that rat fleas were to blame. But fat is different. Fat is not a mystery. You can’t “catch it” from parasites. You can’t become infected by it.

If obesity is a disease, then smoking is a disease. And so is drinking, and so is running blindfolded across the highway in the middle of the night.

We are a fat nation, this is true. But why? Well, because the average American spends over 34 hours a week watching TV. And because Dunkin’ Donuts had so much success when they market-tested their Donut Sandwich that now they’re taking it national. And because Taco Bell has a Doritos Taco, and it sells like crazy no matter how many Taco Bell employees are photographed defiling food in the back of the store. And because we are so hell-bent on instant gratification that diet pills (or “speed,” as most drug addicts call it) are a billion dollar industry. And because millions of people have milk shakes and cake for breakfast, but they feel OK about it because we call them “Frappuccinos” and “muffins.” And because Mountain Dew. And because funnel cake. And because most Americans haven’t done a crunch since middle school, not counting the Crunchwrap Supreme they ate this afternoon. And because we consume a ton of food a year while drinking 53 gallons of soda. And because microwaves. And because processed-and-packaged-and-wrapped-in-plastic food.

I don’t discount other serious factors that make it very difficult for some people to shed the pounds, but to label obesity a disease is to ignore ALL of the things I just listed.

Do my genetics stop me from exercising? Do my genetics sneak into my bedroom at night and inject sugar and grease into my bloodstream? I ate a double beef burger and fries for lunch this afternoon. Did my genetics make that choice?

I’m often told that some people “just can’t lose weight,” and that it “doesn’t matter what they do.” I’m sure some people have a much harder time losing weight, but can it be the case that there are human beings on this Earth who literally CAN’T? If obesity is genetic, then I suppose this would stand to reason. It’s a funny thing, though: I’ve never in my life heard of someone getting lost in the woods for five days, or locked in a cell in a POW camp, or coming down with a bad stomach virus and vomiting for 56 hours straight, and coming out of it having not lost any weight at all. Now, I’m not suggesting that we starve ourselves. But I am suggesting that starvation leads to weight loss for EVERYONE on the planet, which clearly proves that obesity is not simply a genetic issue. It proves that lack of food leads to less weight, which proves that more food leads to more weight.

See, we’ve done a horrible thing by turning every shortcoming and every personal struggle into a “clinical” issue, or a “disease” requiring surgery and medication. When we attempt to pawn our flaws off by pretending we are the victim — rather than the cause — of them, we severely diminish ourselves. We diminish ourselves by rejecting our own potential and dismissing the power of our own will.

We also insult the Lord Himself.

When God made human beings, He gave us an awesome gift. He bestowed on us an enormous power. He gave us a power so great that it makes each of us more significant, more impactful, and more essential than even the biggest stars in the sky. We can do things that no other creature on Earth can do, we have a capacity that goes beyond any other known entity in the entire physical universe.

We are set apart from all else.

My free will and my immortal soul are the things that make me more significant than a raccoon or a dung beetle. I am not a beast, and this is why. I am not a slave to instinct and programming. I have urges, but I can transcend them. I am weak, but I can be stronger. I can desire one thing, yet do another. I can want something, yet refuse it. I can long for gratification, yet delay it.

I am accused of being a downer and a cynic, and this post will surely bring out those accusations all the more. But it isn’t true. I want so much out of life, and I truly desire for everyone to be fulfilled and to better themselves.

It’s modern philosophy that is negative and cynical. It’s the Freudian quackery that tempts us to retreat from our humanity, descend down to the level of a skunk or a snake, and embrace the cowardly and convenient notion that we have no control and no say over the things that we do and the sorts of people that we become.

We DO have control over our obesity. I know it is not a popular thing to say, but popular things are rarely worth saying at all.

Obesity is not a disease. To say otherwise is to toss sound science, medicine, biology, theology, and philosophy out the window. And what is left?

Nothing, really. Just an ugly and pointless world populated by animals and robots, where we all suffer, we are all helpless, and we are all victims. And then we die.

This is the picture many people paint — the world in which they wish to live.

And they call me the cynic?