I’m Not Angry At Donald Trump, I’m Angry At His Supporters 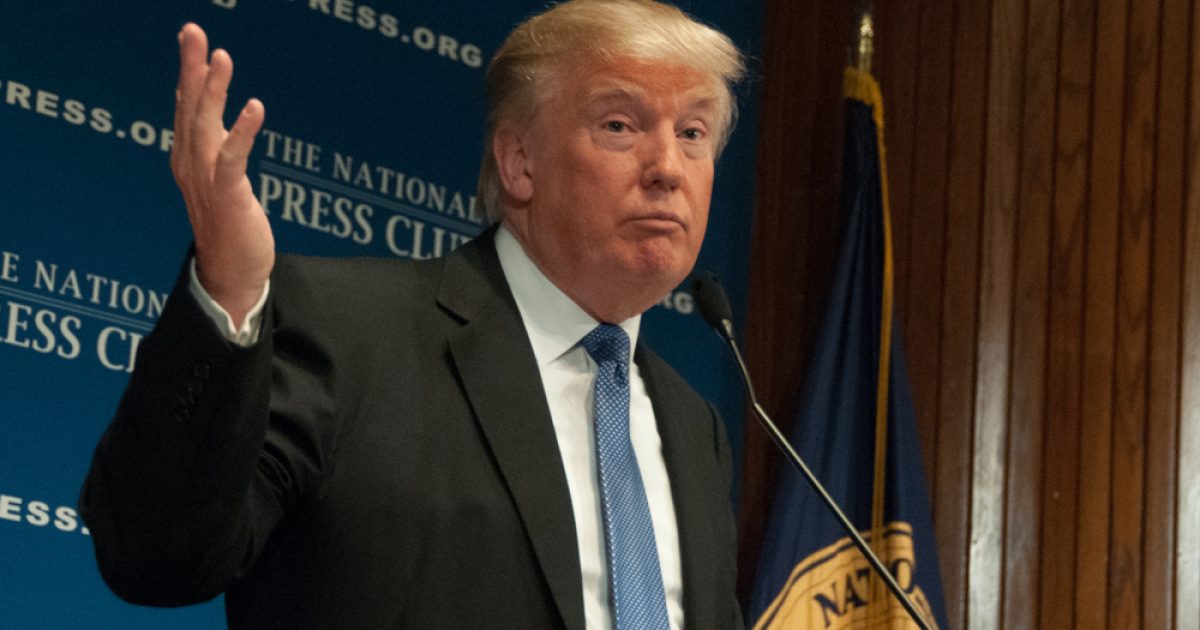 I’ve noticed that most of my readers are not Trump fans, and I appreciate that. I love you guys for being reasonable and not falling for this glorified circus elephant. But Trump fans will come out of the woodwork because of my latest piece here, and when they do I want you to notice something: they claim they like Trump’s “blunt and unapologetic” approach, but watch how they react when that blunt and unapologetic strategy is turned against them. Watch what happens when someone is blunt and unapologetic towards them.

This is the first sign that Trump’s legion of admirers aren’t sincere. They say they like his tone — which is already a terrible, horrible, ridiculous reason to elect someone president — but it turns out that they just like his tone when he’s regurgitating their own shallow sentiments.

Trump, of course, is the same way. He claims to be the bold, politically incorrect guy, but he cries like a scrawny bully when anyone punches him back. He’s weak. And that’s what led to the now infamous incident a few days ago, where he attacked Megyn Kelly for asking him tough questions, insinuating that she was on her period.

This is what we’re dealing with. A dishonorable, desperate goon who will stoop to any level to insult anyone who fails to worship him, and will resort to any measure to get attention. And this isn’t even the worst thing about him. The worst thing is that he’s a corrupt, liberal, mob-connected charlatan. He’s a Democrat with a Democrat’s agenda, which is trumped (pun intended) only by his primary agenda, which is to serve himself and himself alone.

But Donald Trump is not the problem. The real problem are his supporters. These are conscious, intelligent adults who have chosen to make a mockery of the political process and play games with my country’s future. For this reason, because I love my country and I take it’s fate seriously, I am angry at these people. They know better than this. They are better than this. And it pains me that these reckless, bored people are coming, presumably, from the conservative ranks. I would have liked to think that conservatives wouldn’t fall for the Obama Cult of Personality shtick, but they have. And it’s depressing to behold.

But, much as I’ll be accused of attacking them here, I’m actually the one encouraging them. Most of the rest of the non-Trump fans just treat the Trump Squad like children who can’t be held responsible. I, on the other hand, would never insult them like that. They’re not children. They’re not robots. They have a brain and free will, and it’s about time they freaking use it: