If You Don’t Want Your Kids to Be ‘Assaulted’ by the Cops, Teach Them to Respect Authority 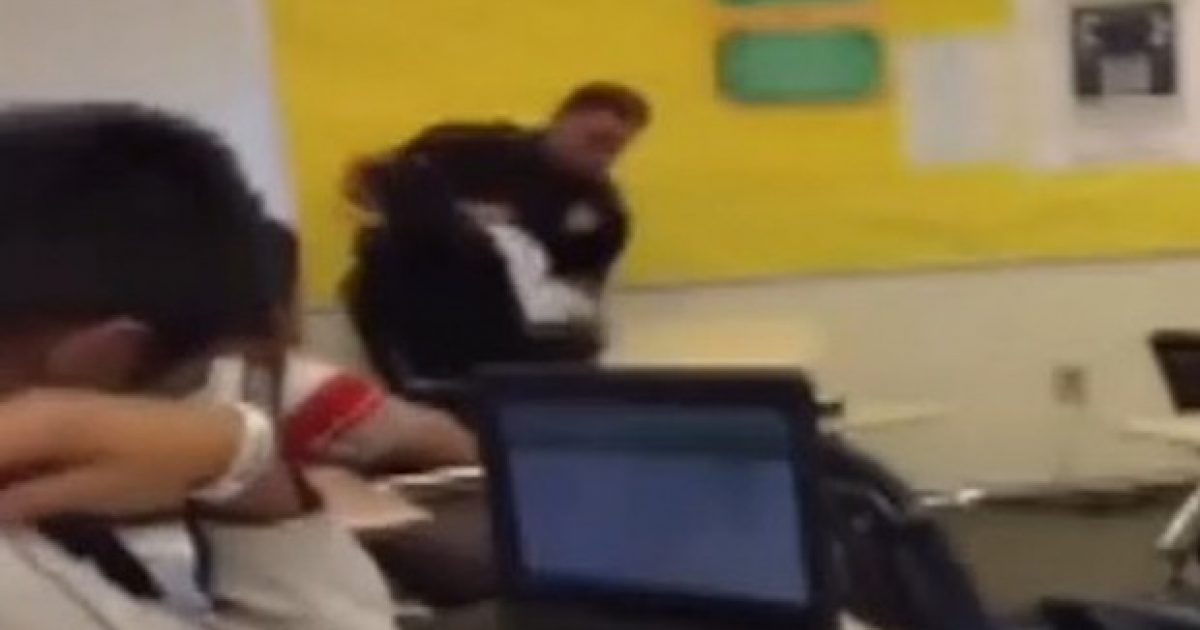 Yet another controversy over a “racist” cop allegedly “assaulting” a black teenager. A video went viral last night showing a white police officer take down a black high school student, drag her across the floor, and cuff her. Naturally, the cop is now being investigated for civil rights violations, because not only do we automatically assume he did something wrong, but that he was motivated by racial animus. It’s insane. It’s just insane. This country is insane.

Anyway, of course nobody cares about the details of this situation any more than they cared with Mike Brown or Freddie Gray or whoever else. But if context does matter to you — if you’re in the sane minority that doesn’t immediately assume all cops are bad and all black suspects are good — then the rest of the story is relevant.

Here’s the thing: no matter if you think the cop was “too rough,” the point is that this girl could have avoided all of this SIMPLY BY OBEYING THE RULES AND HAVING SOME BASIC RESPECT FOR AUTHORITY. Sorry for yelling. I’m just tired of this “Oh no, black kids are being attacked by cops, what ever will we do about it?” thing. Here’s what you do about it: teach your kids to be decent, respectful human beings, for God’s sake. This isn’t hard, everyone. It really isn’t.

Yet we’re not allowed to expand the conversation beyond “white cops are too rough with black people” to “hey, maybe parents need to do a better job of instilling, like, some minuscule amount of discipline in their kids.” We aren’t allowed to, but I am anyway. Read and share, because I think this is and important conversation:

Facebook Twitter Reddit Pinterest
PREVIOUS COLUMN
Planned Parenthood Murders Children — None of Their Other ‘Services’ Matter
NEXT COLUMN
Parents: teach your kids how to be good people. Don’t expect the schools to do it for you.