If there is a competition over who’s busiest and most important, I lose. Here is my concession speech. 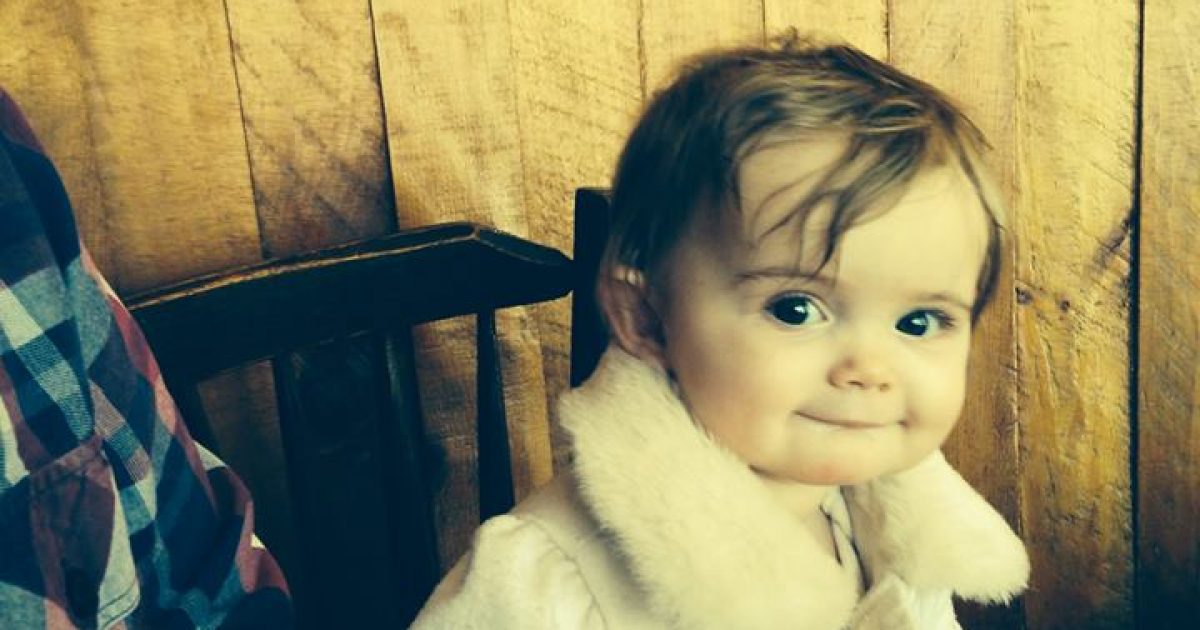 Alright, I won’t rehash what I wrote yesterday.

I entered into the octagon and found myself in a Parenting Death Match. The “who has it harder, whose job is tougher, who’s busier, who’s more important, who sleeps less, eats less, has less downtime, and less fun” competition. The “whose life is more miserable, because a miserable life is more important and compelling than a joyous one” contest.

That thing where we see who can beat their chest and play their violin the loudest.

But maybe I didn’t communicate that message well. Or maybe people purposely twisted my words. Or maybe a combination of both. Maybe I shouldn’t have tied the message to a commentary about a greeting card commercial, because the message was relevant regardless of any commercial.

I’m putting all of that aside. What I want to do is cede defeat. I’m going to declare myself a loser of a game that I’m not sure I ever wanted to play. I’ve written about parenting many times, and every time I end up in this battle, so it’s my fault.

Here’s the truth: I can’t speak for any other parent, mom or dad, but I can tell you that my life is not the most challenging, the most important, the most hectic, the busiest, the most demanding, or the most tiring. My life is somewhere in the middle, I imagine. My life, my parenting, is likely in the realm of mediocrity.

I’m sharing this with you because I’m tired of the contest, of the competitive suffering, of the need we feel to portray our lives in a way that somehow makes other lives pale in the spotlight we’ve shone on ourselves.

Here is what comes to mind:

I think first of the joy.

You don’t hear about the joy of parenting very often. It’s like we take it as an insult if someone accuses us of enjoying ourselves. But I do feel a great joy. I don’t know that it’s The Greatest Joy Anyone Has Ever Felt, but it’s my greatest joy. It probably isn’t The Greatest Anyone Has Ever Felt, because our ability to experience true joy depends on our ability to fight off our selfishness and insecurities, and enter into something bigger than ourselves. I am too weak and selfish to enter Joy with the fullness that a better man or woman might — parent or non-parent — so my Joy is fainter, but it’s mine, and it’s real.

I can’t describe it exactly. It’s something beyond happiness. Happiness, for me, is a nice afternoon. Football on a Sunday. A cookout. Music. Bacon cheeseburgers.

Joy is in the same waters, but deeper. It’s my wife, my daughter, my son. It’s the wholeness that I find with them. The completion. The newness of it, the familiarity of it, the love, the hope, the excitement. The realization that I am where I belong, and whatever brought me to this point was worth the price, and wherever we’re going is worth the trouble. That’s Joy, to me. That’s parenting.

Joy is this picture of my daughter:

And this of my son:

That’s joy. Whatever hardships they might bring into my life, it could never be so hard as to rob me of it, unless I allow myself to be robbed of it.

I know there are people living and feeling none of these things. Feeling isolated and alone, like their existence is futile and random. These people — whoever they are, and whatever they ‘do for a living’ — have a tougher life than me, and the basic job of existing is harder for them.

I think of the sacrifice.

I don’t believe that I’ve made The Most Sacrifices Anyone Has Ever Made For Anything, and certainly plenty of soldiers and firefighters have given more for their cause than I have for mine.

I’ve sacrificed some free time, some money, some space in my house, though I was only wasting those things before, so the net loss is minimal. I’ve given up sleep and relaxation, though not completely, or anywhere near completely. I’m sure plenty of people without kids sleep less and relax less than I do. I don’t think my ability to sleep and relax reflects one way or another on my worthiness as a human being or a parent. Maybe some parents hardly sleep at all, for years at a time, and maybe some never relax at all, for decades on end, but that hasn’t been my experience so far.

I’ve sacrificed some peace of mind, but, to be honest, I’ve never had very much of that anyway.  I don’t know that I worry more now, but I do worry more about other people — my wife and kids — and so I think I’ve actually improved in the worrying department.

I’d believe it if you told me that you don’t have kids yet you have more worries than me. You could be a cancer patient, for all I know. You could live in a third world country. You could have a dying parent. You could be homeless or starving. You could live a normal life on the surface, but be plagued with doubt and anxiety beneath it.

I think of the physical and emotional toll.

Parenting can be a physical strain. It’s a bigger strain for my wife — who bore the pregnancy, birthed the twins, and now spends more time carrying them around throughout the day — but it can be exhausting for me, too.

I’m quite sure there are people who have more demanded of them physically. I’ve never worked as a brick layer, or a roofer, or a commercial fisherman, or a farmer, but I’d bet they’re more worn and weary than I am at the end of the day. Sure, their jobs ‘end,’ but the physical intensity of working a construction site in July is far beyond anything I’ve personally gone through as a parent.

The emotion that this work, the work of parenting, brings out of me can be confusing and conflicting. There are high highs and low lows, but the highs are higher than the lows are low, if that makes any sense at all. In the end, I am a human, and so I experience emotions on a spectrum. If I want to rise to the peaks of Joy that parenting offers me, I have to accept the risk that I’ll sometimes fall into the valleys of misery which exist in the same plane as the joys.

As for the misery of it, I don’t think I’ve been More Miserable Than Anyone, parent or non-parent. I certainly hope I haven’t, and hope that I never am. I know a man who used to work forensics in the inner city. He saw things I couldn’t fathom, experienced a misery I can’t understand, and all without, really, any of the fun and happiness of parenting. Just bleak and grey, death and murder. I don’t know that he was a parent at this point in his life, but he surely suffered more than I have, personally.

I think of the responsibilities.

I feel the profound weight of responsibility, more than I have at any other point in my life. I doubt that I have The Most Responsibilities In The World, and if you told me that you aren’t a parent but you have more responsibilities, I’d believe you. You could be a surgeon or a Head of State, for all I know. You could be a general, trusted with the lives of many men on the field of battle.

I don’t know where I rank on the list, but it doesn’t matter. My responsibilities are mine, they’ve been given to me, so they are everything. I know my wife feels the weight in an enormous way, though in a different way. She is with the kids every day, all day, most of the time. I’m not, but I know that I have to provide for my family. I know that it falls on me to keep a roof over their heads and clothes on their back. I know that if I fail, I will drag my children and my wife down with me, and that fact is very present in my mind, all of the time.

When I’m not working to earn a living for us, I’m helping around the house. Cleaning dishes, changing diapers, whatever needs to be done. I’m sure I do more than some dads, but less than others. I could be better, more helpful, and I know that.

All of these things, for me, are secondary. The greatest responsibility, the heaviest burden that I carry, that my wife carries, is the duty to help our children be virtuous and godly. We’re merely laying the groundwork now, and I suppose that foundation won’t be tested until our kids reach the age of reason and start choosing to do right for the sake of what is right, or wrong for the sake of their own selfishness.

I know that my job and my wife’s job, more than anything, above everything, more important than paying the bills or teaching them the ABC’s, is to put them on a path towards heaven. God gave them to me — to us — and said, “Here, now bring them Home.” If we can feed them organic food and get them involved in a lot of healthy outdoor activities along the way, great. But none of that matters — it’s all for nothing — if we fail in our First Duty.

The only time I will speak for other parents is now, to say that all parents who love their children want them to be virtuous, because that is the nature of love. I can also say that there is no greater responsibility in the universe than this — when the fate of another human being’s soul is entrusted to you, at least to some degree.

This is parenting to me.

This is me, the parent.

It’s a very middling tale, I realize. When the awards are given to the busiest, the most stressed, the happiest, the saddest, the most important, the most perfect, the most responsible, my name will not be called. I’m sure of this, so sure that I haven’t even written an acceptance speech.

Take this as my white flag. No need to email me anymore to defend your title of Most Active and Most Essential. You win. I can’t compete.

Ours lives are to be lived, not endlessly compared and ranked against the projected lives of those around us.

At least that’s how it seems to this average guy.

Facebook Twitter Reddit Pinterest
PREVIOUS COLUMN
Motherhood isn’t tougher than fatherhood, but maybe we should all stop competing
NEXT COLUMN
This woman exercised her right to abort her infants, and now she’s being unjustly persecuted