I don’t respect the president or his office, and neither should you 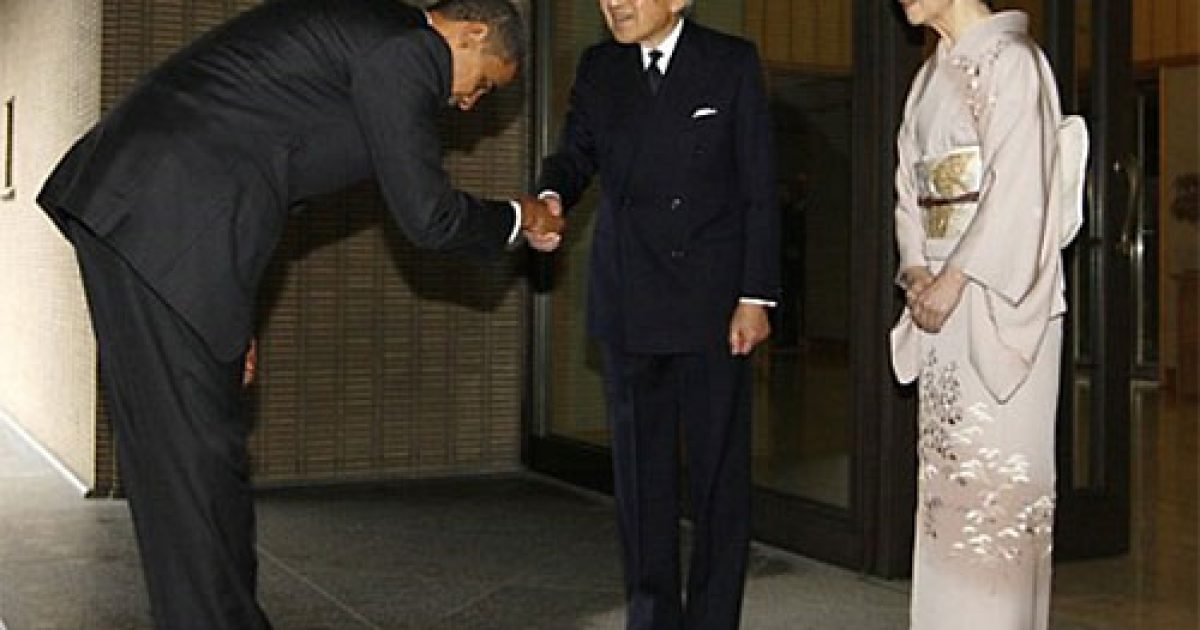 Of all the flaccid refrains constantly shrieked by the hordes of Statist sycophants, the worst is probably this:

“Even if you don’t respect Obama, you should still respect the office!”

Respect ‘the office,’ they say.

Definition of respect: to hold in esteem or honor.

As you might imagine, I was recently reacquainted with the rather sickening idea that I have a duty to show reverence for a political office, when I wrote a post last week where I merely called the president a liar. Indeed, anytime you criticize the president with an intent more serious than playfully teasing him for picking the wrong team in his March Madness bracket — anytime you attack authority, particularly presidential authority, particularly THIS president’s authority — the ‘respect the office’ propagators will come streaming in, fingers-a-wagging and heads-a-shaking.

‘Respect the office,’ they gush. Noticeably, the folks most concerned with respecting Obama’s office weren’t to be heard from during that certain eight year period where Bush was daily cut down as anything from Hitler Incarnate

to a barely literate monkey

to the subject for a slapstick Comedy Central sitcom.

But the hypocrisy of Obama’s Minions should be put aside for the moment.

If I only engaged their points when they demonstrate a willingness to apply their position evenly and equally, I’d never be able to engage them at all (which would probably be best for all involved).  We know that the left wingers who ask that we respect the office have a tendency to define the phrase differently depending on its occupant. If the man in the office is Obama, ‘respect’ means ‘total and absolute acceptance of everything done and said by anyone in the Executive Branch.’ Whereas, when the man in the office is a Republican, ‘respect’ means ‘call him a Hitler monkey and burn him in effigy while chanting voodoo curses against him and his progeny.’

The contrast between the two might be nuanced, but you can detect it if you look closely.

In any case, Republican or Democrat, Hitler or Secular Messiah, is there anything to be said for this ‘respect the office’ notion?

I don’t think so, but then, the whole concept confuses me. Honestly, I don’t even know what ‘respecting the office’ means in the context of our constitutional republic, where our politicians are supposed to be public servants, and where they don’t do anything to earn the office other than spend a lot of money on political ads.

I know what it means to honor and respect your parents just because they’re your parents. I know what it means for a child to respect his teacher just because she’s his teacher. I know, and have written about, what it means for a woman to respect her husband because he is her husband, and a man to respect his wife because she is his wife. But, as far as I can tell, the responsibility to respect the ‘office’ of a politician falls squarely on the shoulders of the politician who holds it. And, even in that case, his job isn’t to respect the office, so much as to live up to the expectations of the voters who awarded him the position — and, far more important than the feelings of the voters, to uphold the law.

The ‘office’ is, after all, just an office. It isn’t some detached entity that exists on its own somewhere in the dimensions of time and space, and will live on even without being physically occupied.

It’s true that we shouldn’t hurl racial slurs and dishonest ad hominem insults at the president — regardless of who he is — but that isn’t because of his office. That’s just because he’s a person, and we shouldn’t do that to any person. It’s not the dignity of any office that we have a responsibility to uphold, but the dignity of a human being.

Coincidentally, the dignity of the human being is the precise sort of dignity that this president desecrates when he promotes infanticide and wishes ‘God’s blessings’ on a room full of wealthy abortionists, or when he brutally murders hundreds of women and children via drone attacks and then brags that he’s “really good at killing people,” or when he arms terrorists and drug cartels without a thought as to the innocent lives that will be lost as a result.

It’s a sad state of affairs, indeed. We’ve reached a point where a wide swath of the country finds itself more concerned with respect for a political office than for life itself.

Of course, I’m sure there are some people who vehemently disagree with Obama, yet would sing in the ‘respect the office’ choir, and would consistently apply the principle to all presidents, regardless of affiliation. I respect that. I actually respect it. I  respect it because I honor it, and I honor it because it is a conviction born of integrity and pure intention. A politician’s job, on the other hand, is born of mere necessity, and I feel indifference towards it, until I’m given a reason to feel disgust or admiration (usually it’s the former, obviously).

These people aren’t necessarily in the Statist horde I mentioned above, but they’ve unwittingly aligned themselves with that mob, and so I’d urge them to reconsider.

The Bible tells us to submit to governing authority, and that such authority comes from God (Romans 13). But nobody in America thinks that this requires us to lie before the Powers that Be like dogs, and follow them blindly into our own slavery. If they did interpret that passage in that way, I imagine they’d already have returned to the British Motherland and said ‘sorry, my bad,’ over that whole unfortunate Revolution misunderstanding.

In this nation, we prostrate ourselves to no one, other than the Lord.

Let our president bow to royalty if he so desires, but, as free people, that is not our warrant.

Respecting the office, when considered by someone other than a progressive hypocrite, seems well and fine. But I’m afraid that, in application, it makes it difficult for us to hold for our politicians that one feeling that the preservation of Liberty surely requires: skepticism.

Here in the United States, where the power allegedly resides with the people, the one thing that a political office automatically earns from its constituents is a healthy apprehension. The one thing, above everything, that we MUST do with political authority is question it. On this point, you really can’t have your American Pie and eat it too. It’s one or the other. Either our duty as watchful citizens is to doubt our politicians and their offices, or it is to respect them. One protects liberty, the other destroys it.

For a man who respects his wife, or a woman who respects her husband, or a child who respects his mother, it is understood that their apprehensions should be tamed by their respect for the other — respect that isn’t earned, but owed. The loving husband and the dutiful child give their wives and their parents, respectively, the benefit of the doubt.

A citizen, on the other hand, unless he or she is a total fool, knows that politicians should be given the benefit of the doubt about as often as it’s given to sex offenders or kleptomaniacs (especially considering the fact that our presidents have sometimes fallen under all three categories, *cough* Bill Clinton).

There’s a logistical problem with respecting the office, too. Namely, the Office of the Presidency as prescribed in the constitution is one thing, while the Office of the Presidency as currently resides at 1600 Pennsylvania Avenue is quite another. If I was at all inclined to respect the office, I could only consider respecting the former, as the former has Constitutional authority, and the Constitution is the law, and a just and righteous law is the Providence of God. But I run into the technical difficult that the former no longer exists, and hasn’t, arguably, since the conclusion of the Civil War.

The Office of the Presidency now possesses powers that stretch far beyond anything ever lawfully granted it, and it wields an authority that has accumulated over the decades through the illegal conquests of power hungry politicians.

When you respect the Office of the Presidency, you are either respecting the president himself, or you’re respecting this bloated perversion of a political station, one that has been used to murder and oppress.

Respect? If anything, the office should be hated. Hated until some respectable person is elected by respectable voters to convert the monstrosity back to the limited, yet important, post that our Founders established.

For now, don’t worry about respecting any office.

If you have to worry about something, worry about the federal agents in Nevada surrounding a cattle ranch and arresting protestors because his cows supposedly inconvenienced a few endangered turtles.

Worry about the bureaucrats who kidnapped a child in Massachusetts because her parents disagreed with a psychiatric diagnosis.

Worry about the IRS official who targeted Obama’s political opponents, or the Attorney General who perjured himself in front of Congress.

Worry about our liberties. Respect that. Respect our liberty. The politicians don’t need your respect, and they haven’t earned it.