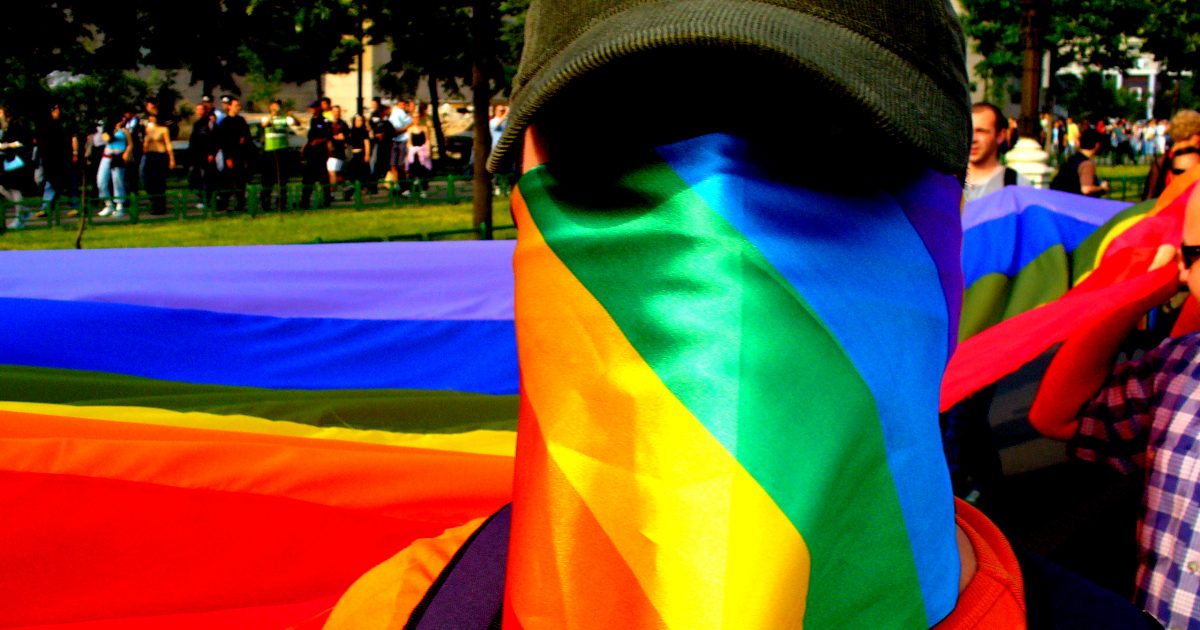 I know you’ve got legions of sycophants kowtowing to you these days, and the rest you’ve set out to destroy — but you will lose.

So, you’ve tracked another dissident and skinned him alive. You’ve made an example of Brendan Eich, and now you dance joyously around his disemboweled carcass. You have his head on a spike, and you consider this a conquest in your eternal crusade to eradicate diversity and punish differing opinions. You launched your millionth campaign of intimidation, and now another good man has been dragged through the mud, to the sounds of taunting and jeering and death threats.

You found out that the CEO of Mozilla gave a few dollars to support a pro-traditional marriage ballot measure several years ago, and you proceeded to publicly tar and feather him until he was forced to ‘resign’ in disgrace.

You again chose to forgo debate, in favor of coercion and bullying.

You again attempted to end the ‘gay rights’ argument by defrocking your opponent.

Hey, good for you.

Enjoy the spoils of your cowardice.

You will still lose.

Don’t you people read? Haven’t you learned anything from history? ‘Advancements’ earned through tyranny never endure. You can only win a debate by suffocating your opposition for so long. Your strategy is doomed for failure, because it has always failed.

In the name of ‘fighting for the freedom to love,’ you’ve utilized hate. For the sake of ‘tolerance,’ you’ve wielded bigotry. In order to push ‘diversity,’ you’ve been dogmatic.

You are everything you accuse your opponents of being, and you stand for all the evil things that you claim they champion.

You are exposed. We see you for what you are: a force of destruction and division.

You showed your hand, and now you’ll lose the game.

Marriage has, had, and always will have, by definition, a certain character and purpose; a character and purpose centered around, above all things, the family. Marriage is the foundation through which a thriving and lasting civilization sees to the propagation of itself. Human beings can only reproduce by means of ‘heterosexuality,’ and this reality sets the ‘heterosexual’ union apart. Marriage is meant to be the context in which this reproduction occurs.

Marriage is many things, but it is also this. And ‘this’ can never be removed from it, no matter the direction of the political winds, or the motion of the shifting sands of public opinion.

Marriage and the family are dimensions of the same whole. They cannot be detached from one another. They, as a whole, as an institution, can only be weakened — not erased or redefined. And so the campaign to protect and strengthen the institution was and is designed to do just that. It was never about ‘legislating love’ or imposing intolerance or ‘discriminating against gay people,’ or any other silly bumper sticker platitude.

You want to be free to love? You are. You always have been.

Heterosexuals don’t claim to monopolize love; only reproduction. Me, I love in many ways and in many directions. I love my wife, yes, and I also love my parents, and my country, and football, and hamburgers. These are all different kinds and degrees of love, yet still love.

But, alas, only one of these loves can (or should) result in the creation of a biological family. Thus, this love carries with it a certain distinction and a certain responsibility.

Bigotry? There is nothing bigoted about it. This is mere science. You see, bigotry only enters into the conversation when you try to destroy a man’s life just for participating in the conversation.

You are the agents of bigotry, my friends. You. You are what you say we are.

I don’t know much about Brendan Eich, and neither do you. I know that he is a revolutionary mind in his field and he became the CEO of Mozilla because of his professional merits. That’s all the information I would have ever seen as relevant or important. But none of that matters to you. You decided to cast all of that aside because you took a peek at the names of Prop 8 donors — names that were only publicized in order to punish and shame those who supported the measure — and determined that everyone listed must be punished.

You fancy yourselves the ideological descendants of civil rights pioneers, but these tactics put you in the same vein as book burners and Puritan witch hunters. When your story is ultimately told, it’ll read more like The Crucible than the Autobiography of Martin Luther King, Jr.

And that’s why you’ll lose.

You might have fooled society forever if you’d just kept singing about love and kindness, and never started bombarding Christians with your bitter hate and hostility. You might have gained some lasting ground if you hoisted your banner of free love, and never used it to diminish free speech.

But the proverbial cat is out of the bag. You’ve been made.

Because of your own behavior, when people like myself tell the world about the vicious death wishes and vulgar hate mail we receive from your kind on a DAILY basis, everyone will believe us. It’s no secret anymore. Without question and without exaggeration, the ‘gay rights movement’ is the angriest, most ruthless, most controlling, most intolerant of all the ideological enterprises in the country. Now, everyone knows it.

So you’ll lose. People are starting to see that you are the pigs on this Animal Farm, and the equality of which you preach is a very unequal equality indeed.

Let other conservatives write the ‘woe is me’ posts. In truth, woe is you. One way or another.

You’ll lose. You’ll lose for these reasons, and this:

With each passing day, it gets harder and harder for you to control the conversation.

Eich’s greatest contribution to combating gay rights militants didn’t come in the form of a paltry donation to Prop 8 — it came through his work developing the medium that makes censorship nearly impossible. I’m not saying that was his motivation, but it’s the result. You can boycott Reality TV shows and fast food restaurants all you want, but you can’t shutdown the internet.

For all its downside, the internet still gives voice to people who would be otherwise silenced by oppressors like yourselves. Take yours truly, for example. I’m just one dude — insignificant and unimportant — but there are many like me. I’m not employed by any major corporation. I’m not employed at all, in fact. You can’t get me fired; I work for myself.

You can’t muzzle me, or anyone else out here in the wild wilderness of cyberspace. You can keep sending us mean emails and telling us to kill ourselves (thanks for the helpful suggestion!), but that only emboldens us.

In the meantime, in honor of Mozilla and the gay rights fascists, I’ve talked with my wife and we’ve decided to donate a portion of our monthly ad revenue to the fight to protect the sanctity of life and marriage. So thank you for reading this — you are directly contributing to the ‘anti-gay rights’ cause!

Victimize one guy and you simply succeed in creating a thousand others who are sufficiently fed up with your garbage.