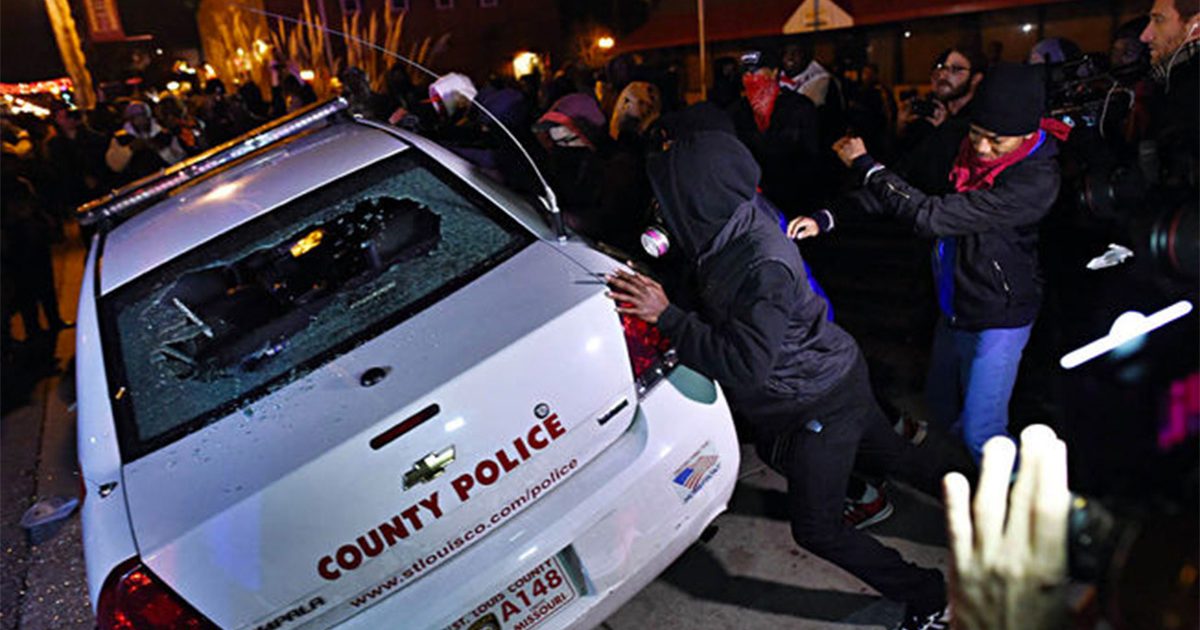 Officer Wilson was not indicted in the killing of Michael Brown because the witnesses, forensics, ballistics, and other physical evidence supported his version of events. Simple.

The other version was a rumor-fueled fabrication from the very beginning, and the grand jury saw through it.

But today I’m hearing a lot of people say that they can understand why the protestors are upset. I’m hearing that, sure, some are violent, but the peaceful ones have a legitimate gripe. We should respect their outrage, I’m told.

A legitimate gripe? They jumped on a case without the facts then rejected every single fact as it revealed itself. They are still, to this day, repeating long since debunked propaganda points. And this is legitimate? They actively wanted to put an innocent man in prison. This is understandable?

No it isn’t. Brown was a violent criminal who brought his fate upon himself. Officer Wilson is, by all accounts, a good man who was forced to defend himself.

Yet the protestors are somehow justified in canonizing the latter while demonizing the former? And all based on the races of those involved?

Justified? Legitimate? Understandable? No. No. No.

If they wanted justice, they wouldn’t be protesting. But they don’t. This was never about justice at all: