Here’s what you can do about the persecution of Christians: stop being a coward 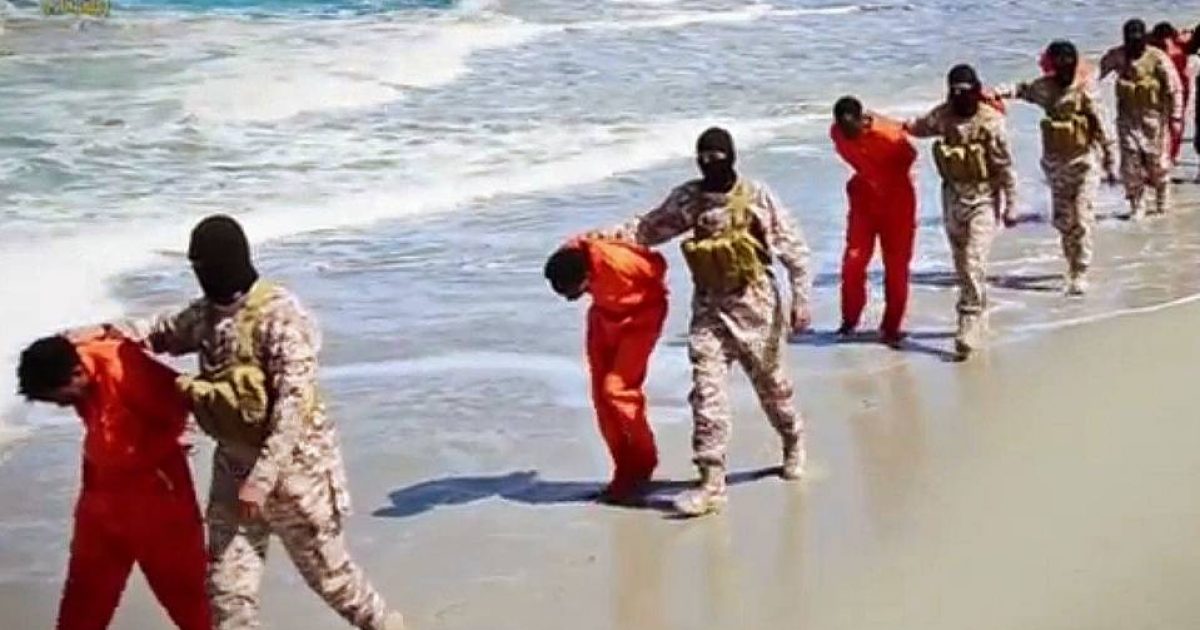 Christians, if you’re looking for a puff piece or to have your butt kissed, don’t click on this link. I have some strong and extremely critical words for Christians in America, and if you take it personally — good. You should.

I’ve spent the last few days thinking about the video of those Ethiopian Christians being murdered by ISIS. It’s certainly not the first time this has happened. Christians are being persecuted and slaughtered across the Middle East, Africa, and Asia. And it isn’t just ISIS responsible for it. It isn’t even just Muslims (though they are the primary culprits, as usual).
What you need to understand is that the persecution of Christians today is WORSE THAN IT’S EVER BEEN.

I don’t normally resort to all caps, but I need to drive that point home. You know how the Romans crucified Christians and fed them to lions for 300 years? Yeah, even they had it better than modern day Christians in many parts of the world.

Over 100 million face persecution. Thousands are murdered every year. It is a holocaust happening as we speak.

Yet we don’t seem to care that much. It doesn’t come up, does it? We don’t talk about it. Yes, I know you’ll tell me you’re an exception, and maybe you are, but the fact remains that if 20 Evangelicals from Arkansas were decapitated in the street by Muslim thugs, we would all be FAR angrier about it.

But I think the bigger outrage isn’t our lack of attention to these atrocities, it’s our lack of conviction and belief. As I discuss here, Christians across the globe practice their faith knowing that they might DIE because of it. Meanwhile, in America, Christians don’t go to church, don’t stand up for their beliefs, and don’t accept the Word in its entirety not because they fear violence, but because they simply can’t be bothered.

It’s time for us to look honestly at ourselves. Like I said, if you want a pat on the back this afternoon, do not read this. I don’t have one for you. All I have is some accountability: