Gay Adoption Might Be Good For Gay Activists, But It’s Terrible For Children 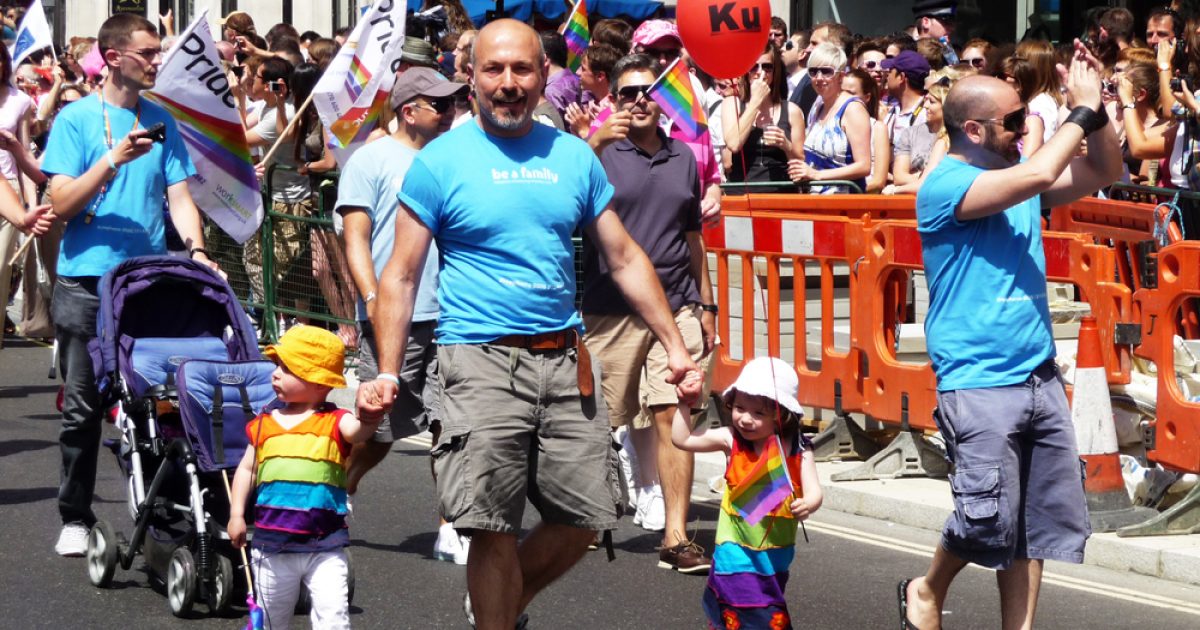 I’ve written plenty about issues surrounding marriage and the family, but I’ve actually never specifically addressed this particular issue. Do me a favor and take the time to read it. Now that progressives consider the debate over the definition of marriage over, they’ve moved on to a full scale assault on the definition of parenthood. What’s interesting is that, on this battlefield, their favorite talking about is no longer available to them.

Usually they tell us gay marriage “doesn’t affect anyone else.” Well, when you start talking about gay people adopting kids, now it does affect other people. It affects the children, and it affects them in profound ways. I try to lay out all of the reasons why gay people should not be allowed to adopt here, so if you’re faint of heart and prefer politically correct discussions, don’t read this. Any conversation about gay adoption requires a frank analysis of the gay lifestyle, which includes talking about the fact that promiscuity, instability, disease, and drug addiction are common in that community. I know we aren’t supposed to talk about those things, but I do here, because I don’t care.

Of course, that isn’t the only reason why children shouldn’t be thrown into the middle of this, but it’s a good one. I try to go through all of the reasons in this post.

Originally, this was going to be a piece about the Episcopal church that allegedly refused to baptize a baby because he had two dads. I was going to analyze whether the church made the right choice, but I decided against it. Partly because I’m not Episcopalian and I’m just not familiar with all of their teachings and procedures as it relates to baptism. But mostly because we have to stop letting gay activists change the subject. They set out to destroy the family, and then want us to spend the whole time arguing about how we should react to their destruction of the family.

I guess that’s a fine thing to talk about, but it’s not the most important thing. The bigger issue isn’t if the Episcopalian church correctly navigated the minefield laid out in front of them by these gay men, but that these gay men were raising a child in the first place.

That’s the real challenging conversation, and that’s what we’re talking about today: