Forget all the Christian charities and hospitals, let’s talk about their bad tipping habits 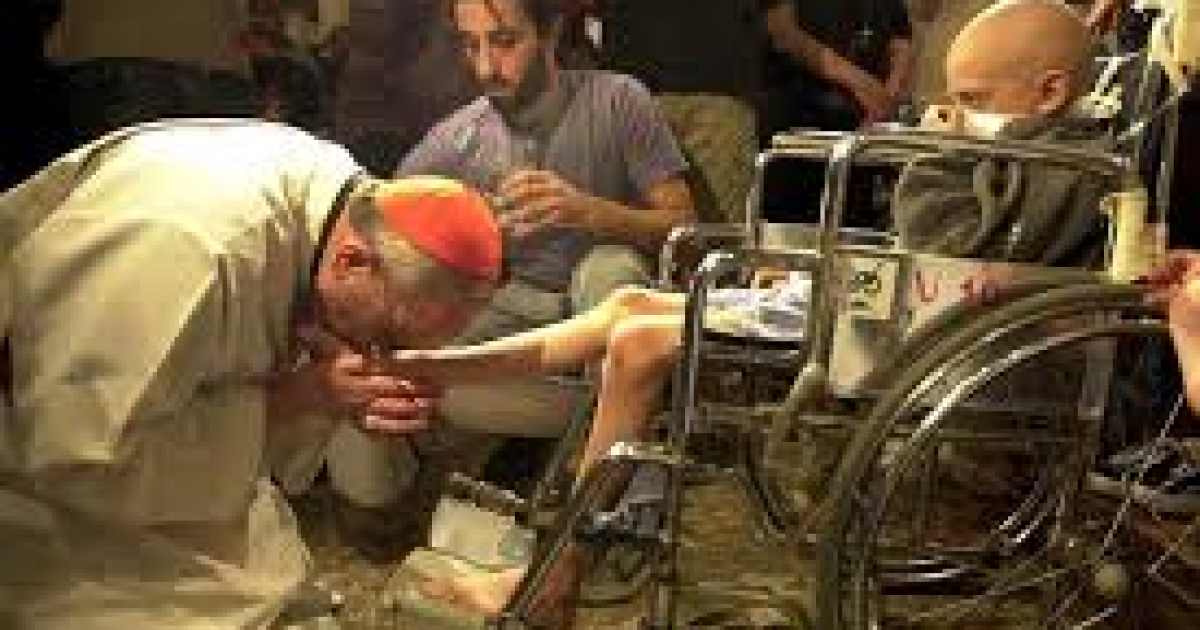 I am going to write about Christians here. Although I am a Christian, I am not writing about myself.

Personally, I do not measure up to the generosity and selflessness of so many of my brothers and sisters in the Faith.

I could do more. Much more.

I could be a better man. Much better

Please understand that I am defending Christians in general, but not myself specifically. I try to make a habit of only defending defensible things.

With that said, I’ve noticed all the people on Facebook linking to stories about this new website called “Sundays are the Worst.” The site, started by a “pastor” a few weeks ago, provides a forum for waiters and waitresses to whine about, as the website’s “about” section explains, “rude” Christian customers who leave “bad tips” and “complain.”

It’s nice to see that this pastor, Chad Roberts, is fulfilling  Christ’s most important command. For, as He famously exhorted, we must “spread the Gospel… and make sure to give voice to anonymous bellyachers who wish to offer dubious and unverifiable anecdotes slandering [His] followers.” I think that’s in Matthew, or was it Luke? In any case, Pastor Chad is doing fine work.

Of course liberal blogs and news outlets have trumpeted Mr. Roberts’ attempt to revolutionize the internet by using it as a staging ground for faceless negativity against Christians. The old “Christians are stingy, non-charitable hypocrites” trope has been once more trotted out, and popular prejudices have yet again been rationalized and vindicated.

Still, I can’t help but feel a little uncomfortable with this whole thing, for three substantive reasons:

1) Christians aren’t bad tippers. According to a 2010 Cornell study, Christians typically give about 17.5 percent — right in line with what’s conventionally considered “normal.” It might be true that some people in the service industry have bad experiences with customers on Sunday, but this does not reflect any sort of trend among Christians in general. Besides, how do you know the religious leanings of your rude customers? Speaking of which…

2) There’s absolutely no way to verify the accusations made by these waiters and waitresses. And what about the other side of the story? Every time a server complains of bad tips we can not immediately assume that he or she was the victim in the situation.

I happen to be a proponent of generous tipping. I wrote about it once before, but I was a little disturbed by some of the responses. Many folks in the service industry chimed in with such unrelenting venom and animosity towards “bad tippers” that it made me wonder if that hostility perhaps leaks into their interactions with customers, thereby leading to poor tips, which leads to more animosity, which leads to more poor tips, and so on, etc. I think this side of the coin can be best encapsulated by three sentences in one email I received from a particularly disgruntled waiter:

“I don’t care if they didn’t like the service. F**k them. Tip anyway.”

How many of these people bemoaning bad Christian tippers are actually from the “f**k them, tip anyway” school of thought?

Again: I believe wholeheartedly in tipping. However, if your attitude is that unbelievably rotten and poisonous, you don’t deserve a tip. You don’t even deserve a paycheck, frankly. Christians are called to give to the needy, but they are not called to be bullied into handing over their cash to entitled, snide brats. Sorry.

3) The real issue goes beyond some “pastor” attempting to suck-up to mainstream society and capitalize on a cultural meme by bashing Christians. The real issue is the unfair and damaging stereotype that this site erroneously enforces: the notion that Christians are selfish and uncharitable frauds who largely ignore the Bible edicts to give to the poor and serve the less fortunate.

It’s bad enough when atheists and secularists peddle this garbage, but it’s utterly scandalous when Christians do it themselves. And why do they do it? Not because it’s true. It isn’t. They do it because they want to score points and win friends. They want to get a collective head nod and a high-five from the cool kids.

And, in doing so, they succeed in scaring more people away from the Faith while simultaneously undermining all of the inspiring, courageous and selfless work done by BILLIONS of Christians today and throughout history.

Certainly, Christians are not perfect. They could do more, give more, and serve more. Nobody would deny this. If you would like an example of a Christian who is too wrapped up in materialism and consumerism, look no further than yours truly. My TV is too big, my clothes too expensive, my house too full of junk, my mind too full of worldly anxieties. I give less to the needy and keep more for myself and my family, too concerned about having savings and contingents for every possible expenditure that might come along. I am your Christian hypocrite. If you’d like proof that not all Christians follow the Gospel perfectly, or even adequately, here I am.

But there’s a vast canyon-like difference between exhorting someone such as myself to be more generous, and painting all Christians with a broad accusatory brush. The problem is that those brush strokes have succeeded — in the minds of many, anyway — in coloring the entire mass of faithful. The countless good works of multitudes of Christians have been all but obliterated from the public conscience. None of it is happening. None of it ever happened. The light of their love and goodness is buried both by secular propagandists and their Christian sycophants.

Meanwhile, a quarter of the 100 best non-profits in America are Christian.

Take a look at the Forbes list of the 200 largest charities in the country and you will find one Christian organization after another.

The Chronicle of Philanthropy reports that the most charitable states in America are also the most religious, despite being less wealthy than the less charitable states. The anti-Christian crowd will point out that Christians give more to religious charities, but secular groups receive donations equally from religious and non-religious alike. This is true, but it’s also true that the best charities in the world are religious.

The Catholic Church, by far and without contest the largest and most prolific charitable organization on Earth, runs a quarter of the health care facilities in the entire world. This includes about 1200 hospitals and another 1200 orphanages in some of the most destitute regions of Africa. Catholic health and social services organizations have been serving the needy in this nation since before this was a nation.

While internet commenters make sweeping generalizations about the selfishness of Christians, people of faith are stationed in Guatemala, providing food and medicine to the oppressed and impoverished. Christians are healing and serving disabled children at CURE International in Ethiopia. The faithful risk life and limb to offer education in Sudan or food and water in Somalia. They help the victims of earthquakes and droughts. They go to places where they are not wanted, they travel to areas that the world forsakes. They are murdered and persecuted, but still they serve more sick, comfort more children, feed more hungry, and perform more charitable acts than anyone.

Instead of starting a website to compile baseless allegations about stingy Christian tippers, why not tell the world stories of people like the monks of Tibhirine? These men lived in a monastery in an Albanian Muslim town. They served the Islamic inhabitants, and their service was not contingent on conversion (it never is, by the way). When a militant Islamist group showed up and told them to leave, they refused. They knew they would likely die, but they decided to embrace that fate rather than abandon the people who needed them. Sure enough, the group eventually took them prisoner. They were never seen again.

Or why not tell stories like the one about the Christians in Texas who rallied to raise money for an outspoken atheist after he was diagnosed with a devastating medical condition? He had antagonized them and filed lawsuits against them for years, but when he needed charity, they did not turn their backs. Many would, but they did not.

Christians are out there in the muck, in the dirt, in the real world, doing real things. But enemies of the faith are desperate to hide their deeds, which is why they’ve even taken to slandering Mother Teresa, and dismissing the good works of Christ’s followers as nothing but the charitable person’s selfish attempt to rack up brownie points and get to heaven.

Yet the attacks on Mother Teresa, or the smarmy discounting of Christian charity, or the broad stereotypes about bad Christian tippers, always seem to emanate from the shallow waters of Western apathy and luxury. These people aren’t out in the deep end, risking everything to give everything to people who can’t give anything in return. Their criticisms are hollow, but loud enough to distract many of us.

Yes, we Christians can improve. Of course we can. So can you, whoever you are and whatever ideology you profess. But if you only ever speak of the failures of Christianity while never breathing a word of its enormous triumphs, then your motivations are dishonest and your intentions are evil.

Dishonest and evil. Maybe more “pastors” like my friend Chad ought to weed out the really sinister forces in our society, rather than sitting off on the sidelines chucking rocks at boogeymen.

Many of us — myself included — are not acting with the kindness, selflessness and heroism of these Christians. For God’s sake, the least we can do is tell about them.