For the love of God, can we just abolish the State of the Union Address already? 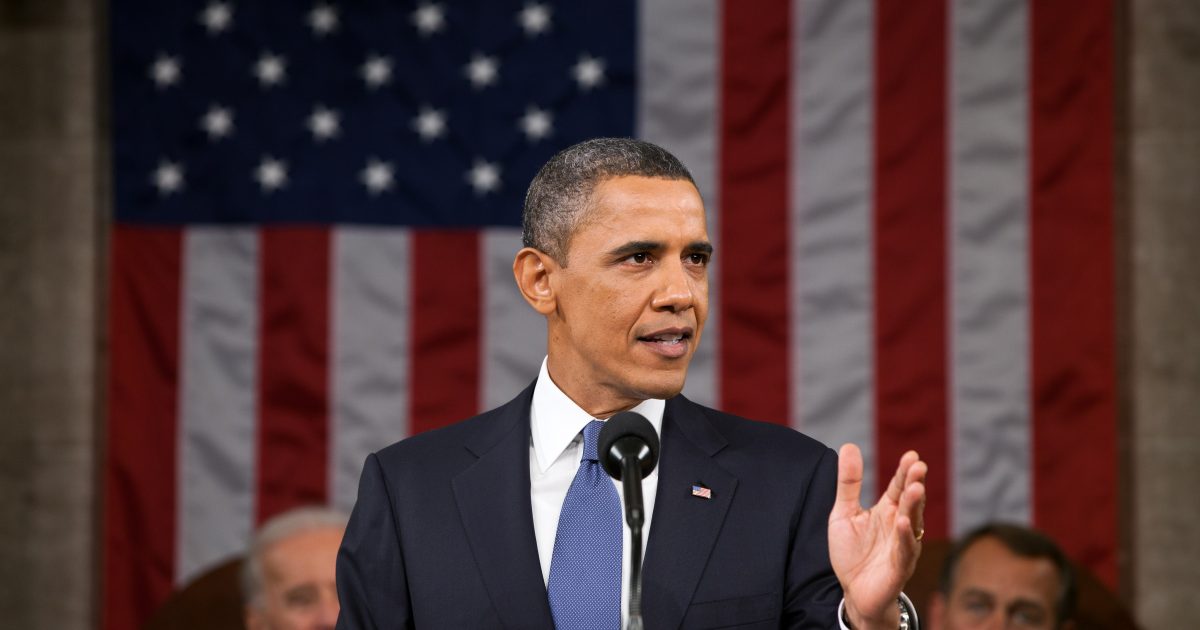 Last week, if you tuned into the Grammys, you were treated to a gaudy spectacle of pretentious elitists, wealthy drug addicts and godless Satanists patting each other on the back and congratulating themselves for another year spent dumping toxic waste directly into America’s soul.

If you watched the State of the Union address tonight, you saw the exact same sort of thing all over again. Except with less dancing. And more clothing (thank God).

America, I know you are bored by the State of the Union Address. It’s long, pointless, bland, and utterly hollow. The rhetoric is stale and the pageantry overwrought. Yes, you ought to be bored. But do you realize how insulted you should be?

It wasn’t always this way. George Washington delivered the first SOTU Address, and it was all of about 1,000 words. He offered a basic outline of his administration’s plans for the year, and wrapped it up by pledging to maintain an “equal” and “efficient” government.

(Hint for current government officials: spending 3.5 trillion dollars a year does not qualify as “efficient.”)

It was purposeful and to the point. Of course, it wouldn’t have gone over well in modern America, especially with sentences like this:

“It would be superfluous to specify inducements to a measure in which the character and interests of the United States are so obviously so deeply concerned, and which has received so explicit a sanction from your declaration.”

After Washington and Adams, Jefferson decided to deliver his address in written form to Congress. Jefferson thought an oral speech had “kingly” undertones, and too closely resembled a monarch dictating from his throne. For the next century, every other president followed suit.

It’s only in recent times that the State of the Union has become this sickening pageant of Washingtonian self-worship.

I’ve felt this way for a while, but never have my feelings been more pronounced than tonight. President Obama — after a year chock full o’ scandals, corruption, ineptitude, and failure — made his WWE-style entrance into the House chamber. He shook hands with the sycophants crowding the aisle, and soaked in the glow of a thunderous, fantastically undeserved applause.

The State of the Union Address was indistinguishable from something you’d hear at a DNC convention. It was a political pep rally, which is all it’s been for many years. Only at this pep rally he has uniformed military on hand as stage props, and the entire body of Congress sitting by with their tongues wagging, ready to jump and bark like trained dogs.

It’s all really quite disgusting.

There’s nothing worthwhile  about any of it. At best, it’s an irrelevant and superficial exercise in talking point recitation. At worst, it’s a monarchical demonstration of arrogance and elitism.

Then, once the speech has mercifully come to a close, the Republicans trot out their consistently underwhelming “response,” and the talking heads from both parties take to the cable news circuit to regurgitate the “analysis” fed to them by their party bosses.

It’s the same story every year. Nothing is gained, nothing is learned, nothing is accomplished. It would be more edifying to spend that hour watching some TLC reality show about polygamist midgets, or whatever stellar programming they’re offering this evening.

The Constitution only stipulates that the president “from time to time” must offer to Congress “information about the State of the Union.”

He could fulfill that obligation with an occasional email.

Everything beyond that — the applause, the campaigning, the spectacle — is all done selfishly for the benefit of those in power.

But then, that describes pretty much everything else they do.

I’m done with the State of the Union. Aren’t we all?