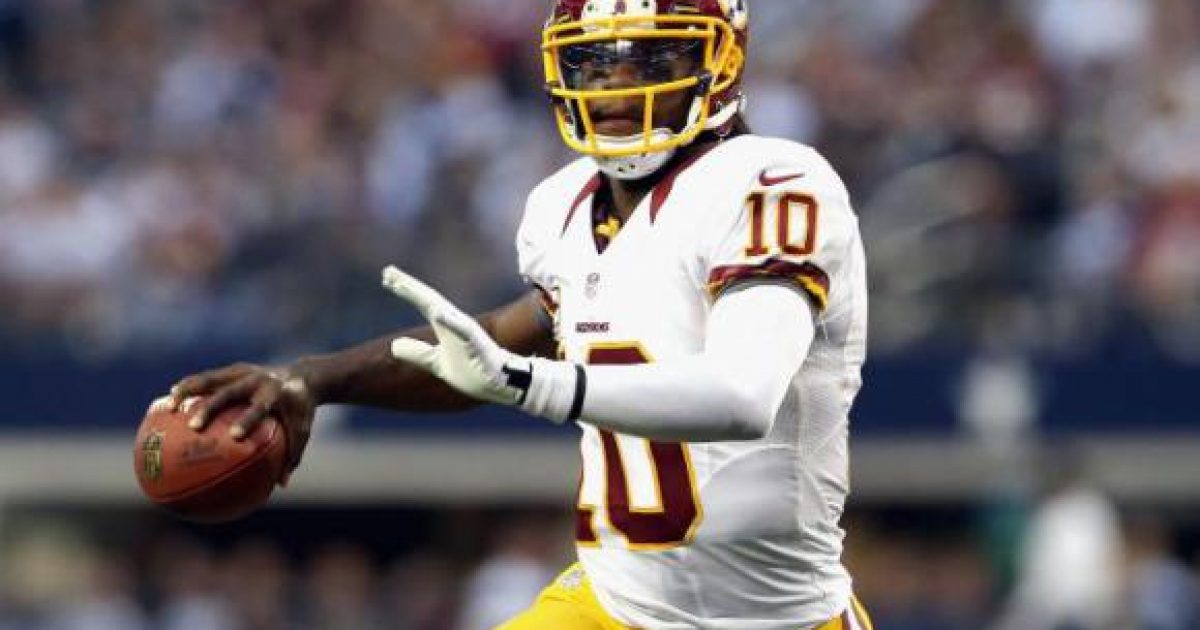 Another sports analyst has decided to enlighten us with his penetrating social commentary.

This time it’s Rob Parker over at ESPN. This scholarly sage opined in profound fashion about Robert Griffin III, saying the following: “He’s not really down with the cause. He’s not one of us. He’s kind of black, but he’s not really, like, the guy you want to hang out with because he’s off to something else… We all know he has a white fiancée. And there was all this talk about how he’s Republican. There’s no information at all… Is he a brother or is he a cornball brother?”

I wish these carnival barkers on the sports shows would learn that nobody wants to hear their half-baked perspectives about complicated societal issues. You talk about grown men playing games for a living, guys, which is perfectly fine and I’m sure it’s a wonderful gig, but please stick to what you know. When I go to a restaurant I’m not really looking to get financial advice from my waiter and when I turn on ESPN I’m not actually hoping to hear sociological dissertations. You have every right to speak on those subjects if you wish but for your own sake I’d recommend you stay with the X’s and O’s and injury reports.

That aside, might I suggest, Rob, that if you’re going to disown a black celebrity, why don’t you exile a yammering drug addicted illiterate like Lil Wayne who does nothing but vomit out mind numbing nonsense and negative stereotypes every day? Why attack a good guy with a stellar reputation and the ability to be a legitimately positive role model for young kids, both black and white? “He’s not one of us”? Why? Are you seriously still making an issue out of interracial marriage? What freakin’ year are you living in, buddy? Tell me, will you follow this up by complaining about leather football helmets? After all you seem intent on offering 1930’s era commentary.

Incidentally, how well do you think it would be received if a white sports analyst opined about a white football player, questioning his whiteness and his loyalty to the white race? What if some beat writer for USA Today came on Sportscenter and said this: “Peyton Manning isn’t really down with the cause. He’s not one of us. He’s kind of white, but he’s not really, like, the guy you want to hang out with because he’s off to something else… We all know he had a black girlfriend in high school. And there was all this talk about how he’s a Democrat and he listens to jazz music. There’s no information at all… Is he a whitie or is he a cornball whitie?”

How long before ESPN and USA Today are both shut down and the writer is arrested for a hate crime? “Oh but that would be different!” Really? How so? It would be ridiculous and insanely racist. Same goes for Mr. Parker.

As for the “he’s a Republican” bit, I have no response. No response except to ask how it is that a black guy can only prove his black bona fides by pledging allegiance to the Democrat party, which is the party of slavery, lynchings, Jim Crowe, internment camps, the KKK and eugenics? I’m no Republican but I am a person who owns a couple history books. You might want to pick a few up some time, Rob.

Or just stick to the sports page and the sports talk. I know a lot of those “analysts” on ESPN have the broadcasting talent of a high school weatherman on the morning announcements so they have to flail about and say inane things to get attention and gain credibility, but why not stick to sports related absurdities? If you want to say something stupid for ratings why not call Mark Sanchez a future hall of famer or insist that Lebron James is the NBA’s greatest draft bust. Point is, there’s plenty of flagrantly idiotic statements you can make for attention. You don’t really NEED to become a drooling racist. That should be a last resort type of ratings stunt.

Or maybe something you save for sweeps week.