Don’t Flatter Yourself, Meryl Streep. You People Are the Biggest Bullies of All. 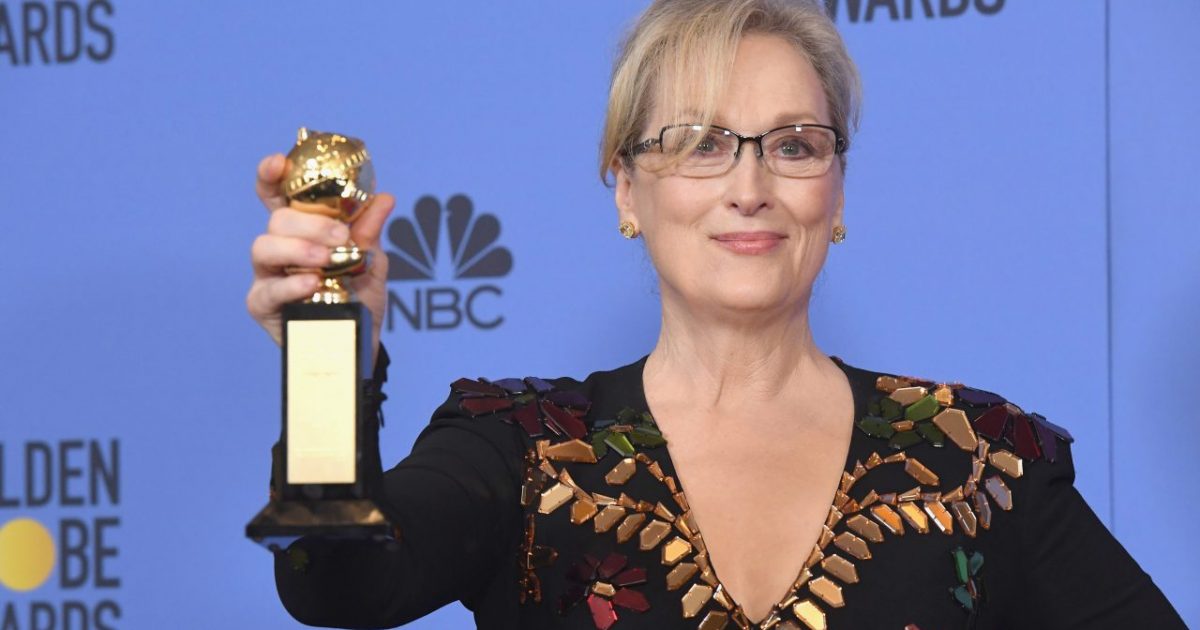 When I heard that Meryl Streep had given a speech at the Golden Globes blasting Donald Trump and Trump’s voters, my first thought was: “Oh, that’s on tonight?” And then I thought: “Wait, there were only like three good movies in 2016. How could they even do a whole awards show?” And then I thought: “Anyway, who cares about any of this?”

Of course, a lot of people do care. They shouldn’t, but they do. And Hollywood has a profound influence on our culture. It shouldn’t, but it does. So, although I sort of cringe at myself for jumping into this conversation, it may be worth saying a few words on the subject nonetheless.

First, a quick and probably unnecessary recap: Meryl Streep was called to the podium to receive a lifetime achievement award last night. She began her speech by complaining that the press and Hollywood celebrities are “the most vilified segments of American society.” She then rattled off a list of overpaid actors who were born in other countries, and warned us that if all of these actors are kicked out of America (a plan nobody has seriously suggested, although I would be open to discussing such a proposal) that would leave us with only “mixed martial arts and football” to watch on TV. As millions of people immediately called up their cable providers to see if they could purchase a package like that, Streep transitioned back into complimenting herself and her Hollywood compatriots.

Actors “enter the lives of people who are different” in order to “let you feel what that feels like,” she said proudly. That brought her to her attack on Donald Trump, which inevitably included attacks on the 60 million people who voted for him. Conjuring an image of rabid dogs, she said that Trump’s bullying made his supporters “show their teeth.” She finished, finally, by lavishing more praise on Hollywood and the press. Hollywood “safeguards the truth,” she swooned, and they all ought to be proud of themselves. They can teach the world to be “empathetic” and “understanding.” “The powerful are using their position to bully others,” Streep warned, but fortunately Hollywood rises above it. And from its position of moral supremacy it acts as society’s guardian angels. The crowd of well-heeled angels roared with approval as Streep left the stage.

Facebook Twitter Reddit Pinterest
PREVIOUS COLUMN
This Is Very Simple: If You Can’t Afford College, Don’t Go to College
NEXT COLUMN
Dads, We Can’t Expect Our Sons to Become Real Men If We Don’t Teach Them How