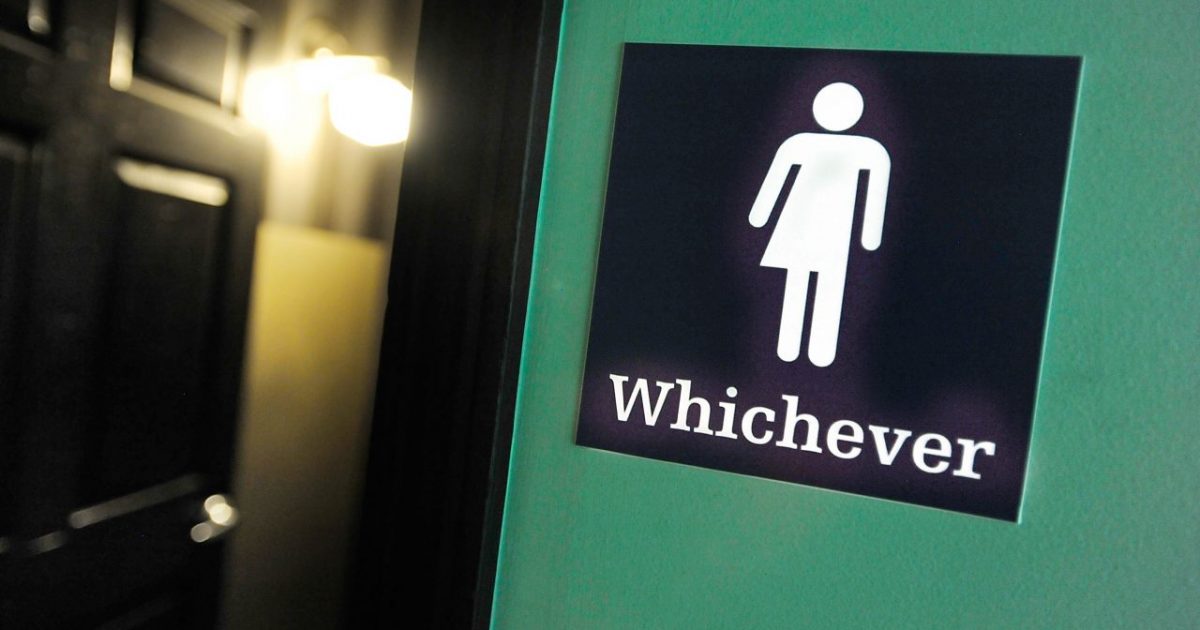 President Trump this week rescinded the rule unconstitutionally imposed by Obama’s White House requiring that all schools across the country allow gender confused boys (or any boy who feels like pretending he’s confused that day) to invade the bathrooms and locker rooms of their female classmates.

Leftists, of course, reacted as if Trump had taken some extraordinary and unprecedented step, when actually Trump was simply dialing back an extraordinary and unprecedented step recently taken by his predecessor. It’s always interesting to note just how quickly an item on the Leftist agenda goes from unimportant to utterly crucial to the survival of the species. Five years ago, nobody, including Obama, was talking about bathrooms or “transgenderism.” None of these Leftists, who are now quite certain that bathroom segregation is a violation of human rights, had anything to say on the subject prior to about the year 2012. Suddenly it was discovered that boys can be girls, and if they are not treated as girls in every aspect of life, they will literally die. Nobody can say how this was discovered; we’re expected to accept it as a matter of faith.

Sure, cross dressing existed prior to Obama’s second term, and the word “transgenderism” was familiar to some, but the vast majority of the human species did not believe that biological sex was some kind of irrelevant or incidental detail. The vast majority still don’t believe it, but liberals have arbitrarily decided that we should, even if they didn’t themselves believe it up until 78 seconds ago. I say all of this just to remind everyone that Leftists started this bathroom fight on their own and for no coherent reason, so when they panic over Trump’s “attack on transgender rights,” what they’re really panicking over is the Right’s refusal to immediately cave to their every deranged whim. They complain of something being “taken away” which they just a moment ago imposed without the consent of most of the people they imposed it upon.

With that established, there’s another point that bears frequent reiteration: The very people who so often claim that we’re living in a “rape culture,” and who are apt to cry harassment when a man so much as compliments a woman in the wrong way, and who often say that America is such a misogynistic hellhole that women can’t even walk down the street without fearing assault or rape, are the same ones who tell young girls to shut up and stop complaining when men with penises stroll into their locker rooms and bathrooms. In every other context, men are chastised for their “male privilege” if they act in a way that makes women uncomfortable — even if the behavior in question is completely innocent and non-threatening — but if a girl is uncomfortable looking at penises in her locker room, suddenly she’s the one who gets yelled at for being inconsiderate. In the minds of our nation’s Leftists, a man has persecuted a woman when he spreads his legs too wide on the subway, but if he disrobes in front of her in the bathroom and she feels uneasy, it is she who has persecuted him.