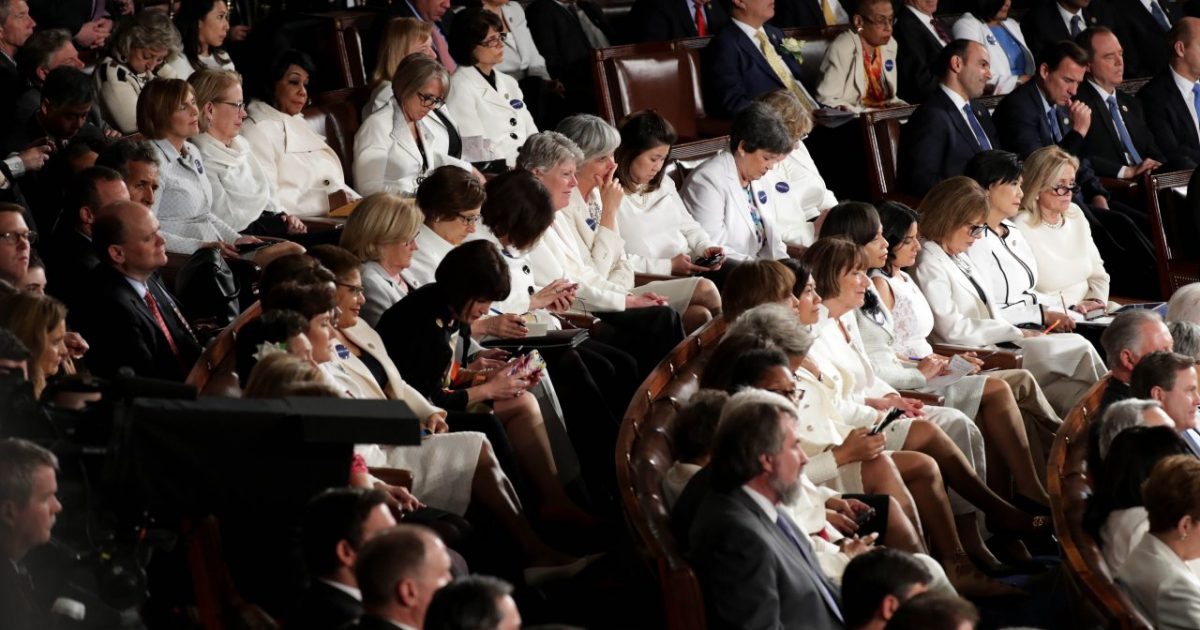 President Trump delivered an impressive speech to a joint session of Congress on Tuesday night. He hammered on a lot of familiar Trump themes but did so in a more effective way than we’ve seen before. People will say it was a “presidential” speech, but of course any speech given by a president is, by definition, presidential. Better to say that it was a successful speech. Successful in communicating Trump’s core message in a clear, concise, and even eloquent way.

On the other hand, while Trump’s messaging was on point, Democrat messaging was somewhat less inspiring. Of course, we’re all familiar with how the Clapping Game is played during these speeches: The president’s party gives a standing ovation after every third syllable while the opposition party chooses its applause spots more carefully, usually electing to clap only when bipartisan platitudes are offered. But that changed last night.

If we were to judge their positions by the things they declined to applaud, we must arrive at the conclusion that Democrats are staunchly opposed to the flag, God, the law, job creation, and military widows, and enthusiastically in favor of drug addiction, terrorism, crime, unemployment, and murder. To those who’ve been paying attention, this is not much of revelation. They’ve given us a lot more than a lack of applause to indicate their positions on these topics. But it’s still somewhat surprising that Democrats are so eager to advertise the fact.