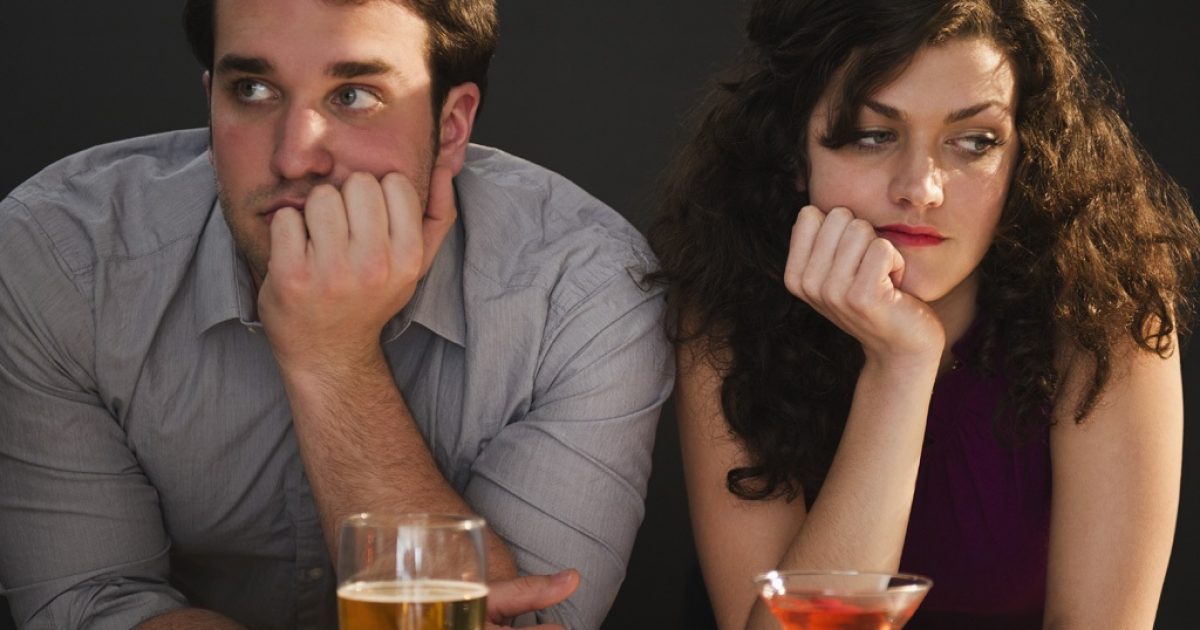 I was having a conversation with a friend recently. He’s about my age, he’s single, and he is, I can attest, an all around good dude. I hadn’t seen him in a while, so I asked about the status of his love life. He told me that he’s currently ‘hanging out’ with someone.

“OK, so are you guys going out? Is she your girlfriend?”

“Well, of course you’re speaking to each other. Do you talk to her on the phone? Do you see her a lot?”

“No, we mostly text. I’ve seen her a few times since we started hanging out.”

“So you only recently met her?”

“No, I’ve known her for a while, but we’ve only hung out a few times.”

“You never hung out with her before?”

I left that conversation confused, because confusion is the name of the game these days. Everyone is confused. Being single means being confused. Everyone is so confused that they don’t even know what words to use when describing their relationships. USA Today did a survey of singles a while back, and they discovered something that’s been apparent for years: nobody has any idea what’s going on in their own love lives. Close to 70 percent don’t know if they’re on a date when they go on a date.

I guess that’s because most of you are too busy “hanging out.”

What is that, guys? How old are we?

It went from courting, to dating, to hanging out. Sometimes even hanging out reeks of too much commitment, in which case ‘talking’ can be used. And if talking sounds too serious, maybe we’ll start hearing ‘vicinitizing.’ That’s a word I just made up, and it means that you and your female friend are often in the same vicinity, but it doesn’t get all intense by insinuating that you’re actually in that general location together on purpose.

When did men become so afraid to make a commitment, to take the lead, to say what they want, to make long term plans, to set goals, to pursue, to talk about the future?

We are devolving into primates, losing the ability to even discuss our own behavior using words and sentences. The average single American man is now relegated to grunts and shrugs and ‘whatevers’ and ‘you knows’ when pressed to have a conversation about his dating habits. Or his vicinity habits. Or his whatever habits, because whatever, you know?

I know you might tell me you can decipher between the two based on who you’re hooking up with, but I think that’s a problem. And, speaking of which, let’s chill with the ‘hooking up’ thing.

That phrase makes you sound like a teenager. Grown men relying on the vague, timid code words of high school freshmen. It’s embarrassing.

Then, one day, I met Alissa. She was looking for a grown man, and I was sick of playing games. We were both exhausted. So do you know what we did very early in our relationship?

We made our goals clear.

We were open with each other.

We spoke about the future.

We were clear and convicted and purpose driven. I had ambitions for our relationship. Ambitions. I, like, had an idea about what I was doing and why I was doing it. Can you believe it? I was in it for a reason. I wanted it to become something.

See, I’d been floating like aimless debris through an ocean of cloudy intentions and half-heartedness, until I grew up and realized that romance isn’t a game, and most women aren’t frivolous bimbos. They want men who know what they want and aren’t afraid to verbalize it. And if they don’t want that, then they aren’t worth your energy. Get out now. If she still wants to pretend she’s in tenth grade, let her live that fantasy with someone else.

With Alissa, things were pretty clear from the get-go. We had a relationship. A real, live relationship. A few months into it, I proposed. Some people wait longer, which is fine. We’re all on our own schedule. But I promise you, despite popular sentiments, it doesn’t take a decade and a half to figure things out.

I had several failed dating ‘situations’ before I got married. Some collapsed within months, others took considerably longer. But all of them were eventually destroyed by problems that were clearly evident in the first, I don’t know, five minutes or so.

And, yes, I get it. Our disastrous modern approach to dating (or whatever) isn’t all the fault of men. But there’s no point in parceling out the blame. All you can do, single dudes, is get your own selves together. Take the lead.

Can you imagine if an airline pilot pulled that kind of stunt?

“Attention passengers. This is your captain speaking. I just want to tell you that, like, I don’t want things to get weird or whatever, but I’m not really into being a captain right now. I mean, yeah, I chose to take a plane full of souls up 32 thousand feet into the air at a cruising speed of 600 miles per hour, but I don’t want you think that this is, like, official, you know? I’ve got your lives in my hands, but I don’t want this to get serious. In fact, actually, look, I’m just gonna bail now. I’ve got my parachute. You don’t but that’s your problem. I got what I wanted out of this. So, uh, yeah. Bye. Enjoy your fiery demise!”

Only, for this analogy to work, the captain would send that in a text message, because he lacks even the fortitude to verbalize it.