Dear Conservatives, We Need to Defend Principles, Not Personalities 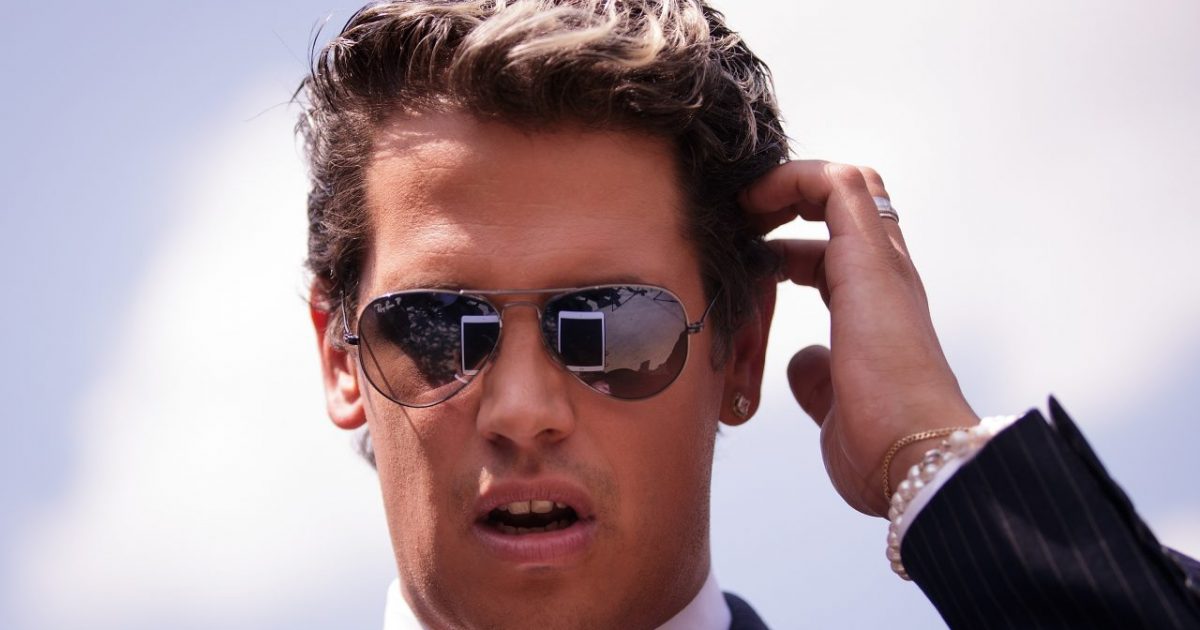 I’m not looking to jump on the dog pile, but an important lesson must be learned here. Milo Yiannopolous has been uninvited from CPAC and rightfully condemned for his comments promoting the sexual abuse of children. His fans will hail him as a martyr for free speech because of this, but if he’s a martyr for anything, it’s degeneracy and pederasty. He had the right to say what he said, but he was wrong for saying it and wrong for believing it — extremely, catastrophically wrong — and decent people have the right and the duty to make that clear.

As for what he said, it bears repeating because it underscores the larger point that I feel must be made. Here are his own words, in reference to “sexually mature” kids as young as 13, transcribed verbatim:

“This arbitrary and oppressive idea of consent, which totally destroys the understanding that many of us have of the complexities and subtleties and complicated nature of many relationships. People are messy and complex, and in the homosexual world particularly some of those relationships between younger boys and older men, the sort of coming of age relationships, the relationships in which those older men help those young boys discover who they are, and give them security and safety and provide them with love and, sort of, a rock.”

“In the gay world, some of the most important, enriching, and incredibly life affirming, shaping relationships between younger boys and older men, they can be hugely positive experiences for those young boys.”

What you see above is not a joke, neither is it him simply discussing his own experiences, nor is it some strange attempt at satire, but a statement of principle. He believes, in principle, that “older men” can “enrich” and “affirm” some “young boys” by having sex with them. That’s the argument he plainly made. You can believe your eyes, ears, and brain on this matter, or you can lie. Those are your only two choices.

And therein lies the problem. Predictably, shamefully, a number of “conservatives” — including a portion of my own readership — have chosen the latter. After I spoke out against Milo’s promotion of child sex abuse last night, the emails and comments came flooding in from people who believe that criticizing Milo, for literally any reason, is a treasonable offense. I have actually lost readers — conservative readers, supposedly — because I don’t think it’s OK to describe sex with a child as “a hugely positive experience for those young boys.”