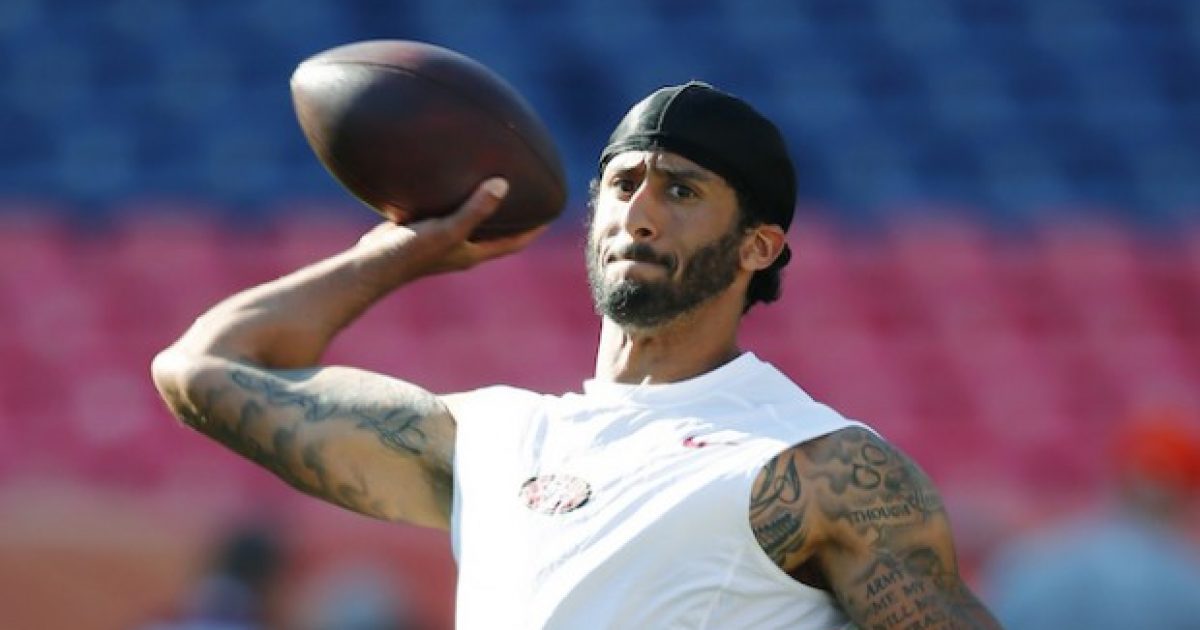 Colin Kaepernick is a mediocre NFL quarterback who makes millions of dollars a year playing a game. He is among the many black or biracial Americans who’ve risen from unfortunate circumstances to enjoy the kind of wealth, luxury, fame, and success that most people in the world can hardly imagine. There is no country on Earth that so enables its citizens — particularly its ethnic minorities — to do the kinds of thing Kaepernick has done.

But that has not made him grateful, apparently. He still refused to stand for the National Anthem before a 49ers preseason game this past weekend. After the game, he explained that America is a racist country that “oppresses” black people. To justify his claims, he cited all of the fictional instances of white racist cops murdering black people. He said that he will not stand for the Anthem until the country stops persecuting minorities, even though he can’t explain the persecution or prove that it’s happening.

It’s funny that the loudest voices telling us about our “oppressive” and “racist” country always seem to be the black athletes, musicians, pop stars, presidents, politicians, etc. If there is a system in place designed to keep minorities down, these people prove that the system is, at the very least, extremely ineffectual. But more likely, it just doesn’t exist.

That doesn’t mean America is perfect. We have problems, for sure. But guys like Kaepernick are not concerned about those problems. They’re just selfish, spoiled, and unwilling to show even the most basic gratitude or respect for the country that gave them opportunity, or the people who sacrificed everything to make them free:
CLICK HERE TO READ THE POST.